Applied and Experiential Learning
Published on 2020/03/26

Most faculty and staff I know view education as a two-way street. After all, there’s a lot you can learn from students even as they are learning from you. Todd Oldham has used data analysis to take that approach to another level. Todd is the vice president of economic development, workforce and career technical education at Monroe Community College (MCC), a CAEL member institution. Over the past nine years, his office has used a wealth of student and occupational data to create functional career pathways. Todd presented on this topic at our annual conference in November. I was fascinated by how he and his team study student enrollment behaviors and outcomes to create more responsive adult learner programs.

Designed to support incremental progress, MCC’s functional career pathways are ideal for working adult learners. They also work with recruitment and talent management processes in key industries. Thanks to strategic onramps and offramps, MCC students don’t face an “all or nothing” proposition. Instead, they can complete modularized credentials that lead to rewarding careers in a series of steps. From workforce certificates to academic certificates to degrees, each segment is a step forward made tangible by positive wage outcomes.

As Todd explains, to understand the value of curricula, his office has taken an applied economics approach from the moment their initiative was launched nearly a decade ago. Given this inherent focus on outcomes and most adult learners’ priorities, it’s no surprise that he describes the perspective as the “community college labor market.” As one of SUNY’s largest schools, MCC has a strong history of career and technical education. Todd saw an opportunity to make its offerings even more relevant by including transition points within standard academic pathways.

Some might question why an academic would want to formalize exit points short of degree completion. Todd concedes that ideally, everyone would complete a degree in one go. But he also recognizes that many students face a different reality. This is especially true of working adult learners. A legacy higher-ed model does not resonate with non-traditional students. They have too many demands that compete for their time.

Functional career pathways allow students to succeed on their own terms. Historically, higher ed has viewed learning outcomes as a stark duality. Either you earned a degree or you didn’t. But Todd wanted to look beyond the labels of completer and non-completer. To do so, he analyzed data that indicated there are value points along a learning continuum. Armed with that insight, he challenged the “all or none” mindset.

In fact, the data show that students – and employers – have known all along that postsecondary education short of a degree can still offer value. As Todd explains, occupations have tiers of competencies. These tiers align with the rungs of a career ladder. Once students master these competencies, their odds of acquiring a job at that rung of the ladder increase, whether formally recognized by a degree or not.

Todd repeatedly saw this theory play out when studying student outcomes. He and his team analyzed 15 years of enrollment data, cross-referencing it with unemployment insurance information matched from the NY State Department of Labor. Breaking it down by program, he assessed how students who had left after various “break points” in their studies were faring compared to completers by way of earnings. Essentially, he framed the non-completers in “buckets of completion.” He was able to detect rates of wage increase with common points of program departure. It turns out that these academic offramps were also occupational onramps.

For example, students often departed school after completing around 25 or 40 percent of the required credits. In the past, institutions might have written off these “disappearing” students as non-completers. In reality, many had met at least a short-term goal. They were gaining access to a job as a direct result of education, even if it was short of a full credential.

Todd acknowledges that in the long run, completion of the college credential is still the best outcome for the student. But when a break point correlates with career advancement, there  are  positive results, especially for students who are facing life challenges that make completing longer curricula difficult. In his analysis, each rung up the ladder boosted earnings compared to remaining in a less skilled occupation. Rather than denying this reality, Todd argues that career-oriented curricula design should incorporate viable break points when they are linked to a meaningful earning opportunity for the student within local industries.

To be clear, the data do not indicate dicing programs into minute components is beneficial. No one suggests that if you drop out of a program after one week, you can expect a pay hike based on your brief educational encounter. If learners don’t progress to certain minima, their experiences will be counterproductive. But Todd poses an intriguing question: if someone can achieve 80 to 90 percent of a credential wage with only 40-50 percent of an applied associate degree completed, shouldn’t this spur educators to think about their role in the 21st century?

MCC certainly has. Their labor market approach and study of student outcomes created a proxy for what a stackable certificate framework could look like within existing curricula. That progress has guided the development of functional career pathways to established programs and their inclusion into new ones.

As an example, the first viable break point often falls around the equivalent of one semester. The second typically occurs around the equivalency of two completed semesters. A full associate degree would be the third break point, including more than specialized and/or technical education, such as general education courses. That progression in precision machining could start with a workforce certificate that stacks into an accelerated academic certificate. In turn, these stack into an associate of applied science degree, which can then build into a bachelor’s degree at a partner four-year institution.

For example, MCC launched a new modularized HVAC program this semester. It’s a direct answer to pressing workforce demands conveyed to MCC for more trained HVAC technicians. Students can earn a new accelerated HVAC fundamentals certificate comprised of 13 credits. In addition to creating access to entry-level HVAC positions, it ladders into a one-year HVAC academic certificate, which brings further career opportunities. The next “rung” is an associate of applied science.

All told, MCC has defined functional career pathways leading  to 108 possible occupations in 23 workforce groupings. Todd stresses that the process does not follow a cookie cutter approach despite following convenient break points that fall neatly in step with academic calendars. Instead, its priority is to serve as an objective analytical tool. It forces staff to take a disciplined, data-driven approach to mapping the most productive intersections of education and vocation whenever they occur.

It turns out that offramps often do align with semester completions. But Todd and his team ensure they always align with positive career outcomes.

It’s always a pleasure for me to write about the great work CAEL institutional members like MCC are doing for working adult learners. To share your own success story or become a CAEL member, please contact cael@cael.org. 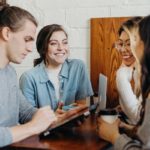 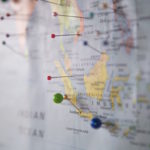 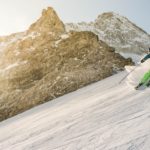 Set Your Guideposts: Defining and Pursuing Success in Competency-Based Education 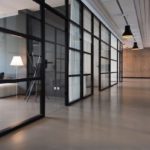