Opportunities and Challenges
Published on 2012/04/11

The Value Of Lifelong Learning: Where Is Your Evidence?

In this wired era, we are all, aware of it or not, seeding the internet with evidence of our activities, interests, and accomplishments. A recent article in The Wall Street Journal portends the end of the traditional resume as we know it, in favor of links representing a candidate’s “web presence”.

Such a representation of one’s skills and abilities, in traditional undergraduate education, is known as the ePortfolio. Over the last two decades, students have, under the directive of a professor or as a requirement for a degree program, utilized increasingly sophisticated electronic portfolios to demonstrate evidence of learning. All too often, however, the portfolio and its upkeep are abandoned by the student when the institutional requirement to maintain it is no longer in effect.

It is now evident that such a portfolio, and especially the lifelong practice of maintaining a portfolio of evidence, has very real applications and benefits in “the real world”. As the value of a traditional degree is increasingly called into question, what remains of value, especially to employers, is demonstrated evidence of knowledge and abilities.

Last year, some of the most well-known companies in America committed to hire and train over 100,000 returning veterans. These veterans are re-entering the American workforce at one of the most challenging times in history to seek employment. The White House and Jobvite responded with The Blue Button Initiative and Apps for Heroes, respectively. San Francisco-based startup Pathbrite  (formerly Rrripple) joined Apps for Heroes in making its multi-media platform freely available for returning veterans seeking jobs, allowing veterans to showcase both civilian and military achievements.

The practice of maintaining a comprehensive ePortfolio is not in wide use, yet, so those who utilize them will undoubtedly stand out from the crowd. By organizing and publishing all types of proof of their accomplishments–including MOS/MOC evidence of military experience, work product, authenticated academic transcripts, certificates, test scores, photos, videos, and more–the use of this technology allows veterans to compete in the job market and optimize their chances of getting hired.

An event celebrating the effort of Pathbrite’s development effort was held Wednesday, January 18th and attended by Dr. Jill Biden and U.S. Chief Technology Officer Aneesh Chopra. The event was held at the San Francisco office of Code for America.

“My ePortfolio does an amazing job of bringing my skills and achievements to life,” said Army veteran Ann Weeby, “This includes actual samples of the real work I’ve done managing construction projects in Iraq, and the building of playgrounds in the U.S. Using [ePortfolios], potential employers don’t wonder what I really achieved—it’s all there for them to see.”

Regarding Ann’s portfolio, Dr. Jill Biden said: “Ann is sure to get hired with this beautiful portrayal of her work.”

Pathbrite’s platform is one of any number of options available to those who wish to document and showcase their work. As the ePortfolio evolves into a robust and engaging lifelong practice, lifelong learners are documenting evidence of learning using commonly found web platforms such as Google Sites, WikiSpaces and WordPress.

When you pause to think about it, an ePortfolio is the ideal way to document and present a variety of learning experiences and evidence of accomplishments, both traditional and non-traditional, over the course of a lifetime. Any lifelong learner, veteran or civilian, would be well served in taking the time to develop an ongoing portfolio celebrating and documenting evidence of accomplishments. 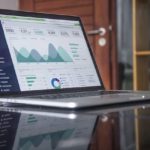 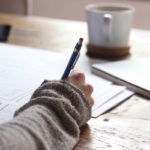 Fate and Hormones Had Other Plans 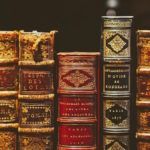 Five Things Everyone Should Know About Being a Community College President

With increasing emphasis on occupations requiring postsecondary education AND and discrete skills and expertise, I can forsee the demise of the traditional resume. There is mounting evidence employers (especially in high growth sectors such as technology and healthcare) are demanding demonstrated proof of accomplishments beyond formal degrees — the rise of digital “badging” is one example where individual skill development can be used to differentiate one’s portfolio in the marketplace.

The mass adoption of ePortfolios is (IMHO) not longer a question of if, but a must to survive and prosper in a time of mass disruption and economic dislocation. Thanks, Marianne, for sharing a thoughful point of view…and bravo for acknowledging the importance of the education and job needs our returning veterans!

p.s., though you might find this article on badging useful: http://www.evolllution.com/student_barriers/identifying-skill-development-in-the-workforce-challenges-of-a-modern-day-resume-reader/

Thanks for posting that article, Yancy!

We’re definitely moving into a post-resume era; one where specific skills are more important than general credentials.

Promoting the software for Pathbrite is very nice, for them. In truth, there are plenty of open source systems that do as well – if not better – in portraying the achievements and potential of students and applicants – to jobs, careers, and postsecondary institutions. Why you choose to celebrate a proprietary product rather than Google or Posterous or Wiki betrays a venality – in fact, a contemptible venality – which ripples in your overall reporting and undermines both your credibility and your professionalism.

Thanks for the feedback, Joe! My intent here was to promote the veterans angle, and I did reference GoogeSites, WordPress and WikiSpaces as alternatives available to individuals wishing to build similar portfolios. Am working on follow-up which will delve into additional open source options for institutions as well as individuals.