A decade ago, there was dramatic growth in for-profit higher education and the higher education community did not know what to make of this new upstart. Many did not like that profiteers had entered into the inner sanctum of higher education. Others had legitimate concerns about some of the snake-oil salesmen who were part of the booming industry. Coupled with the downturn in the U.S. economy, a reticence to raise taxes to support public education and the inability of public postsecondary institutions to reform themselves, the boom times of for-profits seemed to signal long-term growth and viability.

But then too many in the for-profit sector became greedy, and legislatures woke up and demanded reform. The for-profits protested too much about pooh-poohing the “bad apple” here and there, or simply tried to buy legislators to forestall meaningful reform. Legislators weren’t buying it and the constant drumbeat of bad press sent a terrible message to the consumer that eventually got through.  The result was even though the sector approached a 13 percent market share of the student population only a few years ago, it now has fallen back to nine percent.

What’s the future of for-profits? First, let’s not claim the end is near. They are not going away. They have been part of American higher education for more than a century and they will be with us for another. But their once-bright future is not simply tarnished because of their hesitancy to reform, but also because of subsequent changes in the marketplace. Here are three trends I foresee:

1. Separate the wheat from the chaff

I have long predicted the flim-flam artists out to make a quick buck have to fade away. Any booming industry brings in not only reputable business people but also con men (and women) who could care less about quality. If the industry is to grow, however, the con men have to go away. I would have hoped the for-profit association would have welcomed a relationship with regulatory agencies that got rid of the bad guys but, instead, they have resisted change. All too often, the for-profits have acted liked Captain Renault in Casablanca, saying he was “shocked, shocked to find that gambling is going on in here.”  In similar fashion, the for-profits have been “shocked, shocked that students are piling up mounds of debt and not finding employment.” But those days are largely over. The good guys will stay and grow; the bad guys will take their money and run (or go to jail).

2. Education is a state of mind, not a place

For-profit institutions may not have a campus and may instead meet in a mall but, nonetheless, the majority of students still go somewhere to take classes. If they do not sit in a classroom, they accumulate credits and get grades from a college or university online. But what was not predicted and is now happening is the growth of non-institutional entities poised to offer classes. The Democratic-controlled legislature in California, for example, has come up with a bill that would enable other purveyors to offer the 50 most common courses in undergraduate education. Interestingly, the first pass at the legislation did not require the course providers to be part of a postsecondary institution. The public universities screamed because they wanted to control the lower course division market and keep others out of it, such as the for-profits. But the legislation had the potential to take us far beyond institutional offerings where the institutions were accredited by typical means. If you and I are able to develop a quality English 101 course with clear learning objectives that could be measured, then why would we need to develop a for-profit or non-profit institution? Why could we not simply do this as a start-up company with multiple business nodes? Why couldn’t my local public library develop such a class? The result is, over the next decade, the fastest growing component of the for-profit sector will not be traditional for-profit universities, but innovative start-ups that offer different products the consumer/student/state want.

3. Big is beautiful, but so is boutique

Some assumed the large companies would eventually eat everyone’s lunch. There is no doubt the size of the University of Phoenix has enabled it to grow and change in ways a mom-and-pop shop cannot. But these mammoth institutions, as they approach middle age, are not unlike other middle-aged organizations that become slower to adapt and more hesitant to change. Some of these large companies, such as Phoenix’s Career Education Corporation, have also been reticent to reform practices that earned them vast sums of money, but also penalties for substandard practices. As these behemoths grew, the assumption was the mom-and-pop shops would either band together or go away.

Felice’s School of Cosmetology went under, and the Katherine Gibbs School was bought by Career Education Corporation in 1997. But don’t think boutique institutions are going out of business. Indeed, my guess is we will see their renaissance. Think of the beer industry. There remains a market for Budweiser and Miller, but micro-brewing is also thriving. Some consumers prefer a particular taste to the more mainstream brews. The same will be true in higher education. Massification does not suggest everything is alike. American higher education has always been a diverse ecosystem, and as we transform from one that is largely public to one that functions with a mixed market economy, there is every reason to believe boutique for-profit companies will undergo a renaissance. 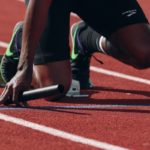 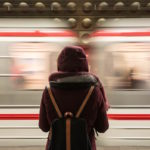 Planes, Trains, and Automobiles: Taking the Next Step in Personalization

It’s interesting to see big institutions shift to thinking like boutique schools. More and more, we are seeing well-established institutions branch out to offer unique degrees, delivery models (think Georgia Tech) and partnerships. This is a positive step as it will result in more options for students with diverse needs.

Nowadays, with so much information available online, it is easier than ever to “separate the wheat from the chaff,” as you say. Prospective students, being the savvy consumers they are, have the ability to read reviews of institutions they are considering and make comparisons — even between schools in different geographic zones — to make more informed choices. Hopefully this addresses the issue of disreputable education providers attempting to “con” students.

I disagree with Tierney’s last point that education is solely a state of mind, with no importance attached to place. I think the reason the majority of students (whether traditional aged or adult) still return to traditional institutions is that these institutions support a well-rounded development/education. Instead of taking a one-off course with a provider, students prefer having full curricula, access to supports/resources, extracurricular activities and more — all offered by traditional institutions.

I read William Tierney’s comments (and a few follow-up comments) after listening to this radio-based discussion on a related topic: http://thedianerehmshow.org/shows/2013-07-15/high-price-college-tuition
where many of these ideas were also shared.
The power of technology, human creativity and desire to connect & earn money may indeed encourage boutique institutions or highly focused online programs, which respond to societal needs (faster than most institutions of higher education).
Who will guarantee the quality of these programs and assure students/consumers that there are procedures in place to address concerns or problems (created by “con men/women”)?
How will increasing use of online instruction offer the kinds of experiences that ‘cement’ skills and knowledge transmitted through online modules? Will all online instructors provide the instructional presence that makes instruction effective and rich?
Will we continue to see the trend of depending on adjunct or minimally recompensed instructors, who may not be able to – or expected to – create a vibrant online learning community? Creating a vibrant learning community requires communication & technology skills/acumen, infrastructure and time (a very precious commodity) deserving additional recompense than is normally considered when paying adjuncts to teach online.