EvoLLLution NewsWire
A growing number of older adult learners in the United States are sinking under the burden of a staggering amount of student-loan debt.

Over two million adults aged 60 and over have accumulated an average of $19,000 in student-loan debt, according to the Federal Reserve Bank of New York.

These older adults return to school later in life to obtain fresh post-secondary credentials, but many of them have faced tough financial burdens. As a result, the default rates on student loans taken out by older adults have increased. Additionally, in 2012, this age group held a total of $155 billion in outstanding student-loan debt, according to the U.S. Department of Education.

The number of older adult students who default on their student loans continues to increase, causing many to lose out on their Social Security benefits. Last year alone, 119,000 retirees lost at least one of these payments due to defaulting on student loans compared to a total of only six in 2000, according to the Treasury Department’s Financial Management Service.

Mark Kantrowitz, a financial aid expert, said older adults looking to enroll in a higher education program may want to find other means of paying for their tuition bills as taking on student-loan debt later in life will mean less time to pay it off after leaving the academy. 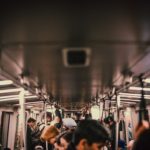