Understanding and Overcoming Obstacles to Blockchain in Higher Education

This article is the first in an ongoing series by Melissa Layne where she will demystify blockchain and explore its potential in the higher education context.

Throughout modern history, the level of importance in attending college and attaining a degree has taken interesting twists and turns. These fluctuations have been the result of global forces at work, including economic, labor market, technological, political, cultural, demographic and socioeconomic. These forces eventually filter down to impact higher education—and ultimately, they affect university administrators, faculty and students in a number of ways.

However, because academic departments often operate in siloes, and do not necessarily evaluate their approaches “ecosytematically,” disconnects, duplication of efforts, and gaps exist. These issues either end up squelching the entire effort or worsening an already imbalanced infrastructure. This is where it’s handy to have individuals on staff who can develop and promote creative, distinctive, holistic, innovative and viable solutions. One such solution is clear: Blockchain.

All academic institutional departments should be involved in a solution (not just those that are responsible for addressing only budgetary constraints, only student retention issues, or innovation). The same external, global shifts that are currently impacting every facet of our daily lives do not pick and choose whether they will affect only the economy and technology, for example. Although the effects may take some time to reach certain industries or demographics, everything is eventually affected in one way or another. So, why would education be any different?

As I was scrambling to come up with a birthday present for my hard-to-buy-for teenage son recently, I applied my “holistic” approach. After deliberating between items he needed over those he wanted, I was finally satisfied with my end decision. This decision seemed to check all of the boxes. His current phone was terribly outdated and could barely hold a charge: A need. Check.The outside protector had seen much better days: A need. Check. He had mentioned a wireless charging battery pack—which would take care of the protector and charging issue, therefore it was up to me to supply the “wow” factor with a brand new iPhone XR: The want. Several Checks.

So, I went to the local Apple store, and picked out all of these items. As the sales representative was filling out all of the lengthy paperwork, he casually asked me what I did for a living. I proudly shared with him what I did, as well as my latest project: the integration of Blockchain technology into the journal that I serve as Executive Editor for, International Journal of Open Educational Resources (IJOER). I was hoping for something along the lines of “Oh wow, that’s so cool that you work with Blockchain,” or “Good for you for spreading the Blockchain love to education!” or even, at the very least, “Your son is so lucky that he has such an innovative, techie-mom!” I assumed I was about to engage in a peer-to-peer conversation with an Apple employee who understood Blockchain.

The response I received instantly exploded the bubble that I had self-inflated. With a perplexed look he said, “What is Blockchain?”

Unfortunately, I wasn’t even motivated to explain, because I figured that even if I did, all of the verbiage spewing out of my mouth would be alien-speak to him. So, to satisfy the question, I simply explained that we are now capable to record authors’ research studies to Blockchain where they retain ownership, copyright, transparency and permanency. He seemed to be good with this brief explanation.

After finalizing the purchase of the phone, however, I felt rather guilty, as I really should have used that opportunity to embrace what we educators refer to as the rare “teaching moment.” Besides, I should not have been too terribly surprised by his response. I have received similar responses and those confused looks before. And I know exactly why.

QUICK TO RISE, QUICKER TO FALL

Bitcoin. The evolution of, and applications for Blockchain all started around the Bitcoin hype. In its early days, Bitcoin only attracted a small number of enthusiasts. It wasn’t until an individual paid 10,000 Bitcoins for a pizza that this once useless virtual currency began to capture public attention. Soon after, however, the Bitcoin craze took a huge fall with the Mt Gox Bankruptcy. Virtually overnight, Bitcoin was perceived as something only for crooks, nerds, drugs, digital gold and perhaps those who were still convinced that they could get rich quick after the negative attention died down.

Blockchain. Blockchain, the underlying technology for Bitcoin, has always been this nebulous “feature” that no one really understood. However, to shift the focus from the sketchy reputation Bitcoin left behind, Blockchain was brought to the fore by placing a focus on the technology’s capabilities and applications around smart contracts and digital ledgers, and the efficiencies, security, transparency, verification and immutability that came along with those functionalities.

The finance and trade industries were among the first to recognize these capabilities and they didn’t waste any time with Blockchain implementations. Shortly thereafter, fields including banking, real estate and supply chain management began envisioning ways in which Blockchain’s functionalities could be applied to their own industry’s needs. Higher education is now discovering it also is well-suited for Blockchain applications, with a great deal of discussion occurring recently about the potential for Blockchain technologies in various areas of the industry.

It’s not surprising that commercial industries quickly recognized the potential benefits of Blockchain for their organization, however some of the same applications they’re using with Blockchain can easily be translated in education. The push for innovation in education right now is largely motivated by three main drivers:

So why wouldn’t education take industry’s lead to learn how their existing models can be improved? Why wouldn’t a university take advantage of the same efficiencies, security, transparency and verification mechanisms industry is benefiting from by Blockchain, for their own faculty and staff?

Most academic institutions have been sluggish to change the status quo. I do not believe it’s because they do not want to innovate. I think there are certain factors that play into this drawn-out delay–and in some cases, skepticism.

Find the employees who not only keep abreast of existing and emerging technologies, but can:

With a perplexed look he said, “What is blockchain?”The Apple salesperson that unintentionally burst my bubble that afternoon is certainly not the only one unaware of the greatness that is Blockchain.  Most people do not, and this includes those in the education as well. Although many individuals understood Bitcoin, its underlying technology is less understood. My own perspective on this particular barrier to is based upon the terminology that is commonly used to describe it.

In most news articles, research and blogs about Blockchain, you’ll often be greeted with a brief introductory section entitled “What is Blockchain?” because the author is assuming either you don’t know what it is, or you know a little about it but need some context.  Here is one such description:

“A Blockchain is a distributed, digital ledger with built-in security that records transactions among the network participants in real-time. Every 10 minutes, these transactions are verified, permanently time-stamped and stored in a block that is encrypted and inextricably linked to the preceding block — creating a Blockchain.”

The problem with these brief explanatory sections (and you can find many) is that, although well-intentioned and accurate, the jargon used to explain the concept around Blockchain still leaves most people wishing that they had a dictionary handy..

For education to adopt Blockchain quickly, it must be presented in as a more basic narrative—or better yet, with an example scenario or graphic, illustrating how it works. Here is my description:

A Blockchain is a distributed database where different groups, parties and individuals can read and write transactions to this distributed database. Rather than a third party verifying those transactions, there is a built-in verification mechanism that checks transactions to make sure they are authentic, thus eliminating human error and inefficiencies, and promoting transparency. Transactions that are verified receive a long set of numerical identifiers (like the Vehicle Identification Number for your car). Those verified transactions then get grouped together into a block, which is assigned its own unique hash. That hash becomes the first hash of the next block of transactions, linking them together in a chain.

By familiarizing yourself with the core advantages to Blockchain, it’s easier to identify other processes that may benefit from its use. These core benefits include:

For academic institutions that are still skeptical of taking the Blockchain plunge, rest assured it is not going away anytime soon. It’s not that new technology that will eventually fizzle in terms of popularity or lack of application. Many believe it will be so transformational that they compare it to beginnings of the Internet—and even more recently, online learning. When online learning was first offered to colleges and universities, there was also much skepticism around its efficacy. As history repeats itself, innovative spirits such as Paul LeBlanc of Southern New Hampshire University and Michael Crow of Arizona State University ignored the naysayers and have positioned themselves as innovative leaders in online learning.

However, from application to graduation, and beyond, a student’s journey is replete with events that must be accurately recorded and reliably stored. Whether it is a diploma, certificate, transcript, individual learning outcomes, or portfolios, each student generates data that reflect their academic progress and achievements. Institutions must have the ability to collect and organize this data quickly and efficiently in order for students to be able to start fast and maintain the momentum that leads to success. Further, there are other departments within the institution that can take advantage of Blockchain, thereby changing the whole academic organizational infrastructure into an ecosystem.

The ability to permanently record, store, retrieve and display digital assets such as transcripts, credentials and certificates on an immutable Blockchain backbone has caught the attention of academic registration departments seeking cost-effective, streamlined solutions to improve a student’s admissions, registration and credentialing experience.

For example, MIT’s Registrar’s Office adopted the Blockcerts Wallet—an app designed by Learning Machine. The use of this app has thus far generated digital degrees for 619 of MIT’s graduates with the plan to offer digital diplomas to all MIT students. The Blockcerts app issues a public-private key pair (remember the VIN analogy) that is written into the digital record. Although the information on the degree was not recorded to the Blockchain in MIT’s particular application, the transaction was time-stamped with the student’s key, thus creating the digital record. The mobile app on the student’s phone stores the private key, thereby handing over the control of credentials to the student.

Several universities have already recognized Blockchain’s affordances in areas such as student services, student records, libraries and even courses. Some of these include:  Cornell University, Duke University, Georgetown University, MIT, NYU, Princeton University, RMIT University, Stanford University, University of California at Berkeley, University of Illinois at Urbana-Champaign and San José State University. Then there is Woolf University, the world’s first “fully-accredited, borderless, Blockchain-powered” university. According to its website, Woolf will ensure regulatory compliance, reduced bureaucracy, and will provide security solutions for both faculty and students’ financial and personal information by using Blockchain technology.

In the next article in this series, I will provide a general overview of what a Blockchain Ecosystem could look like in an academic institution, and then take a brief look at each department within the institution independently. 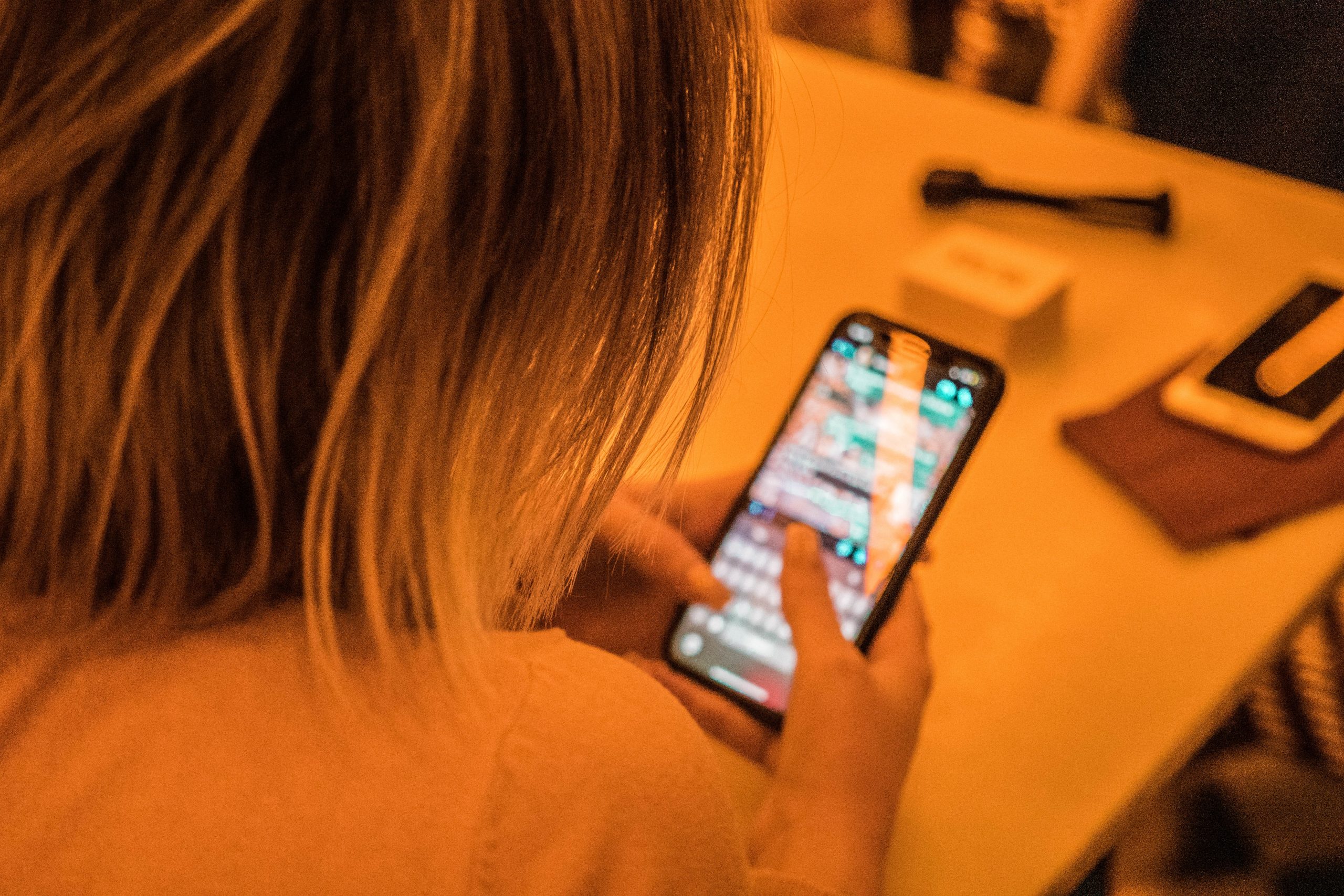 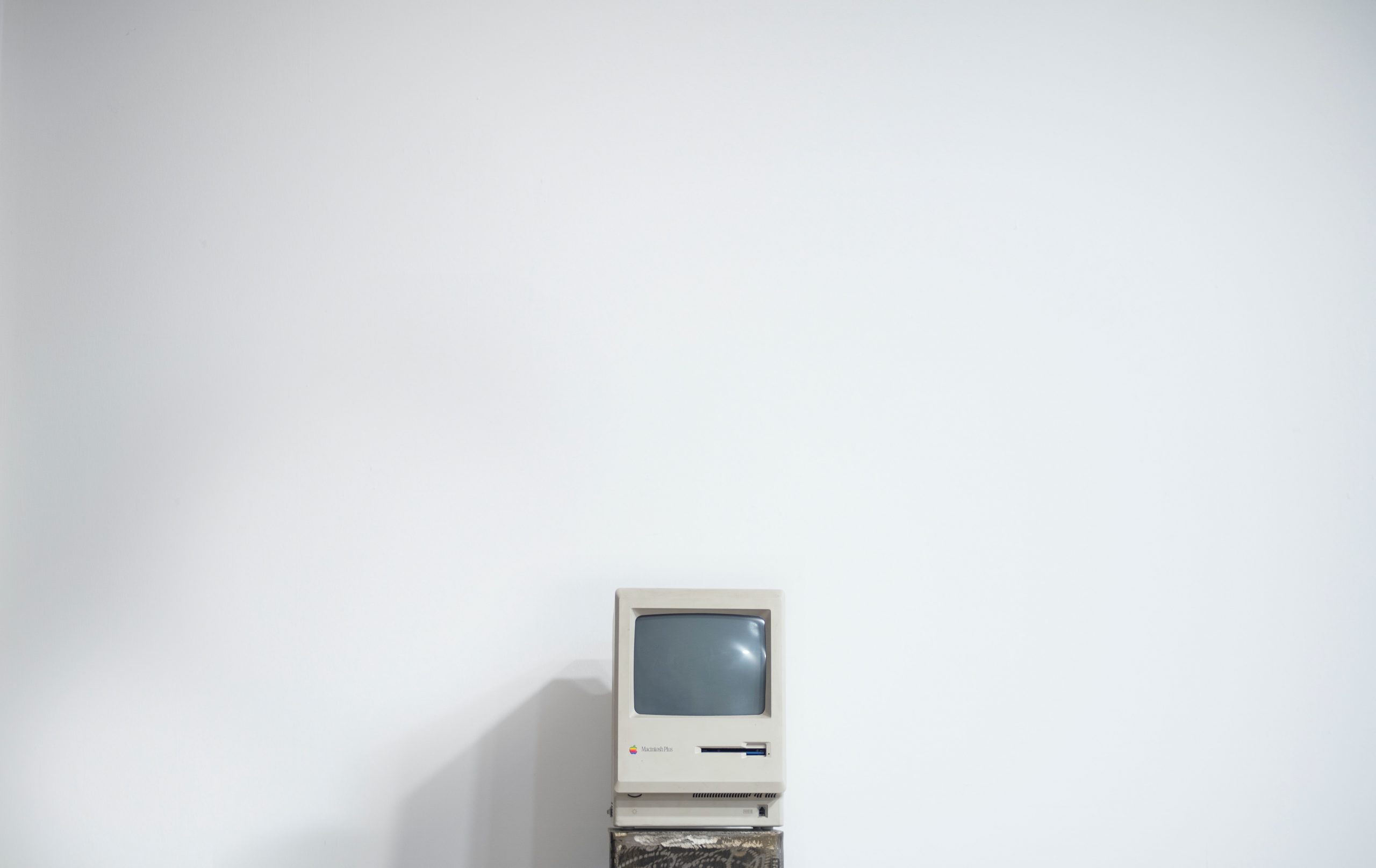 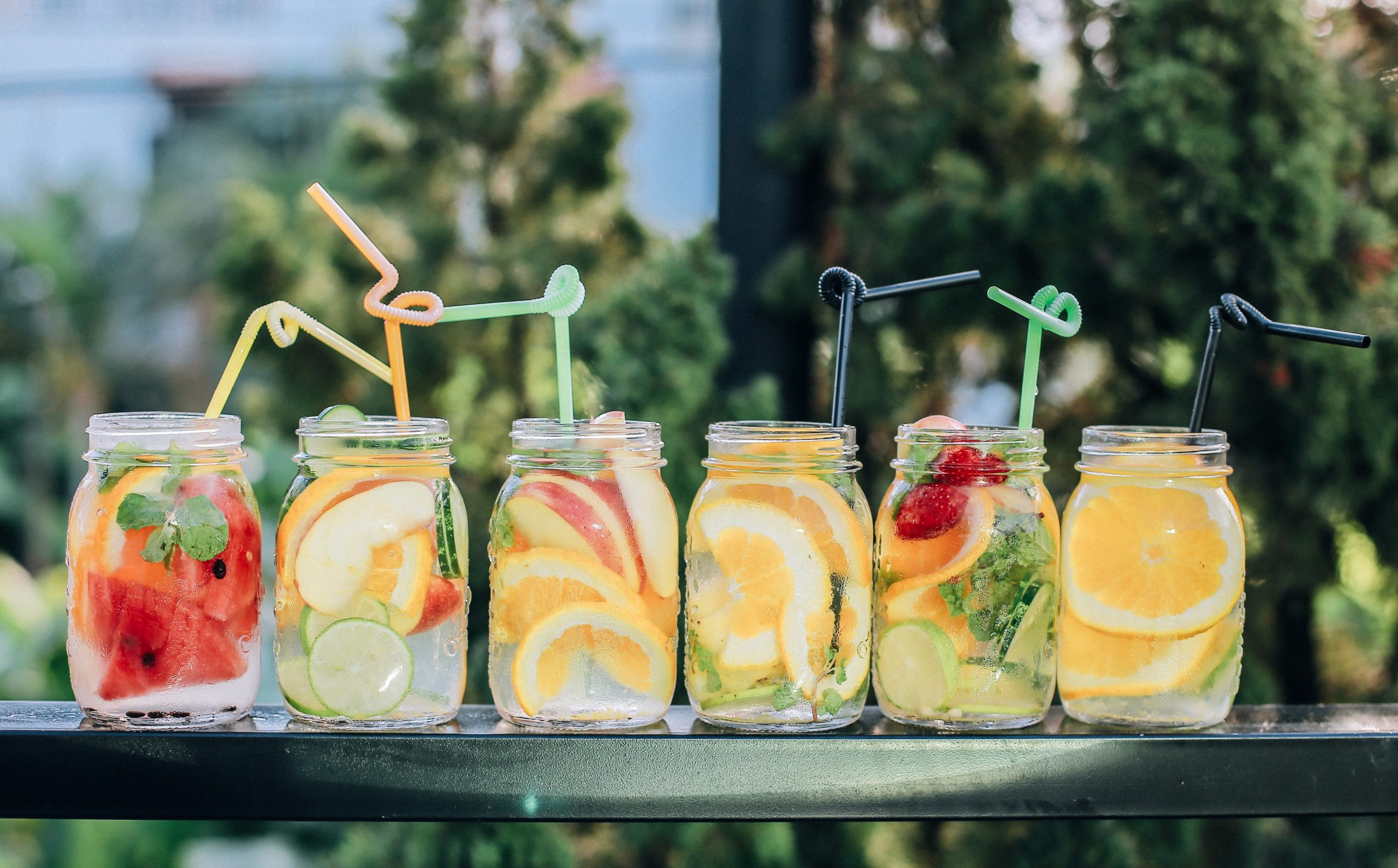 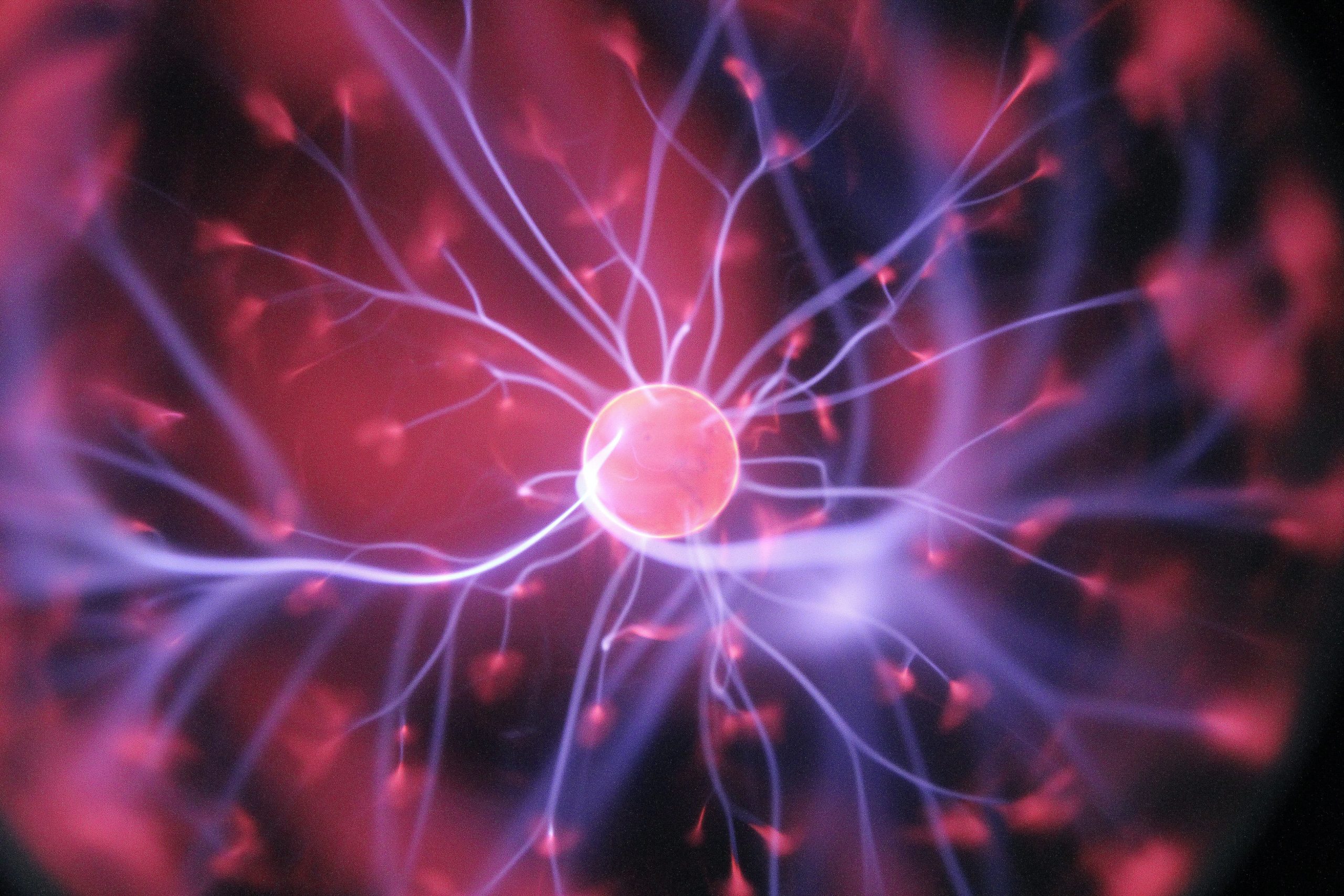