The financial collapse of 2008 has opened up a whole new market to colleges and universities.  Older adults facing layoffs, a delay in retirement, and the inability to find work have few options, and one of those is more education.

At the same time, social media use is at or near 100% in U.S. colleges and universities according to a study conducted by UMass Dartmouth, and use in admissions offices has increased dramatically [1].

So if your admissions office is looking to boost or shift enrollment, it may be time to put those skills to the test, change up your social media strategy and reach out to this population.  And in my opinion, the best way to start is to stop and think.

Social media can be extremely important tools as part of your overall communications and outreach toolbox, but you wouldn’t use a hammer to replace a light bulb, would you?  Or a wrench to hang a picture?  My analogies may be a bit a cliché, but the point still stands.

Effective use of social media in any arena begins by first figuring out which network or networks best accomplish the task at hand.  And the first steps to figuring that out are to find where your audience is, what they’re talking about, and how you can enter the conversation.  It’s also important to see what others are doing, and how effective they are.  As many have said before me, the key is listening.

The general consensus is that social media is the young person’s world—one that these older adults hardly use and don’t understand.  Young people may be the early adopters, yes, but research from the Pew Internet and American Life Project [2] has revealed that older adults make up the fastest growing demographic in the rise of social media adoption.

Want to know where they are?  LinkedIn seems dominated by adults 25-54, though Facebook has strong numbers, too [3].  Surprising to me were the Twitter demographics: while far less people use the micro-blogging service, an estimated 60% of them are between 30 and 64.

Want to know who they are?  A majority of adult users have some college education (do they want to return?) and bring in less than $30k a year (do they want more money?).  More tend to be women, but more men use LinkedIn.  And on and on and on [4].

The information is out there for you to find!  Listen, research, and then develop your strategy.  Keep in mind that while social media can help, it’s not the whole solution.  Trust your marketing and communications instincts, and remember—social media are but a few of many tools, and are often used best when incorporated into a broader strategy. 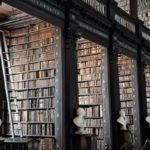 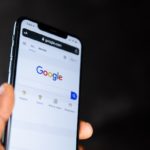