Current Position and Past Experience
Erma Johnson Hadley is the Chancellor of Tarrant County College, a position she has held since 2010. She is both the first woman and the first African American to hold this position.

She was awarded an honorary doctorate degree in education from Paul Quinn College in Dallas. She has received numerous awards throughout her career. She was inducted into the Texas Women’s Hall of Fame in 2010. Most recently she was named a 2013 Lone Star Award honoree by the National Forum for Black Public Administrators. She also won the Trailblazer Award from the South Dallas Business and Professional Women’s Club.


Hadley was appointed to the Trinity River Authority of Texas and the Texas Governor’s Committee on Volunteerism. She has also served on numerous boards and is active in her local church community. She has shared her success her husband, Bill and daughter, Ardenia Johnson Gould. 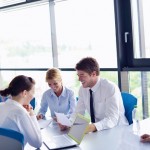