The business world is constantly shifting and evolving as new and exciting technologies emerge. Cloud hosting is one of those shifts that have created a great deal of flexibility and agility for organizations while allowing them to operate more effectively. This is, however, a space that many higher education institutions have yet to exploit. In this interview, Abbie Lundberg discusses some of the most significant benefits organizations gain from moving to the cloud and shares her thoughts on how organizations will be impacted over the long run by continuing to ignore these possibilities.

The EvoLLLution (Evo): What are some of the most significant business advantages that organizations can gain from moving their major administrative systems to the cloud?

Abbie Lundberg (AL): Companies have spent a lot of money and a lot of time on their core management systems over the years. While many CIOs tend to highlight the efforts they and their teams put into launching and implementing new ERPs, that work simply isn’t core to their business. Cloud has given CIOs the opportunity to shift their heroic efforts into things that are going to be more strategic to the business. Cloud takes away a lot of the blood, sweat and tears of those big enterprise implementations.

A number of the CIOs I’ve spoken to over the past few years said they didn’t have to spend a lot of time and attention on upgrades and maintenance. Their teams can now spend their time on things that really make a difference, like making the shift to digital, making better use of analytics and creating new ways to engage with customers. Being able to focus their time and attention to business-critical work is hugely beneficial.

It’s not about saving a ton of money because cloud costs money too. It’s about shifting how IT professionals engage their energies. I had one colleague say to me, “Cloud is about having the big Easy Button.” He talked about the complexity of their current systems and processes; people just don’t have time for that anymore. There’s an expectation that processes and systems should be easy, that there’s real-time information, that they’re able to integrate those things and operate at the speed their business is running.

Evo: In a recent paper, you discussed the value of the cloud as driving faster, more connected businesses. Do you think organizations can frame operational efficiencies gained by such a move as a competitive advantage or as a differentiator?

AL: Corporations have been able to successfully frame operational efficiencies gained by moving systems to the cloud as a competitive advantage. I’ve interviewed a number of people who had very tangible results to show how their ability to leverage cloud enabled them to move faster and get an advantage over their competition.

But it’s an escalating arms race. Everybody’s moving to cloud now, so the ability to get that advantage is getting harder as increasing numbers of organizations get into the cloud.

Evo: Why is moving to the cloud more important today than it was a decade ago?

AL: What’s different today is that the offerings have matured. The big vendors have moved into the space, and today’s cloud offerings are much better at addressing client needs for security and compliance.

For their part, CIOs today better understand the contractual issues as they relate to what’s different about the cloud and what stays the same.

About 10 years ago, it seemed like such a new and different thing that a lot of people just stayed away from the cloud because they didn’t understand how it was different.

The environment today has really matured, as have the offerings.

Evo: As more and more industries start to shift towards cloud computing, how does the role of the CIO change to accommodate the shift?

AL: The role of the CIO shouldn’t significantly change. The core of the CIO role, for as long as I’ve been talking to CIOs and championing their role, has been about leveraging technology to better-serve our business, to compete and to do new things for our customers. That’s not changing.

What’s changing is that most CIOs will not be running big, build-and-run IT shops. It’s not about developing and maintaining systems anymore.

Some of the capabilities in their teams will change very dramatically. These highly siloed roles—application development, database administration, etc—are going away and there are new roles coming in that CIOs need to acquire. Some of them are relatively scarce, so they’re struggling with finding and building these skills.

Contract negotiation, for example, is a really core skill for CIOs today. You’ve got to have a team who are really good at understanding what’s being promised in a contract—where’s our data? How do we get it back? How is data being secured? Is our data separated from other organizations’ data?

You also need people who can understand processes end to end. As such, getting rid of those siloes and looking at a service end-to-end from the customer’s perspective is a very different way of operating.

From the CIO’s perspective, the fundamental core of the role is the same. But what that means from the organization in how they build and run their teams is very different.

Evo: How do you think organizations that do not move major administrative systems to the cloud will be impacted over the long term?

AL: The impact of not moving to the cloud really depends on the organization. It’s relatively easy for a smaller enterprise to make the move, but for big, complex organizations with a lot of sunk investments in these big administrative systems it’s going to take longer.

In general, over the long term, most organizations will move these systems because there’s nothing strategic or core about them. But it’s going to take some time.

Evo: Is there anything you would like to add about the business advantages an organization can gain from moving its administrative systems to the cloud?

AL: Our research has shown consistently that there are two major business advantages to moving these systems to the cloud. The first is business agility—the ability to have the business change what it’s doing without having to worry about whether the systems will allow for the change. The second is the ability to collaborate with partners and, as more and more work gets spread out and virtualized. We’re shifting from this model of a value chain into an ecosystem of enterprises where companies are really depending on their partners to serve their customers together. The cloud makes that easier to do. It provides that flexibility for businesses to move more quickly but also to collaborate more effectively.

Those are the top two benefits that our respondents, in the research I’ve been doing with Harvard Business Review, most consistently name. 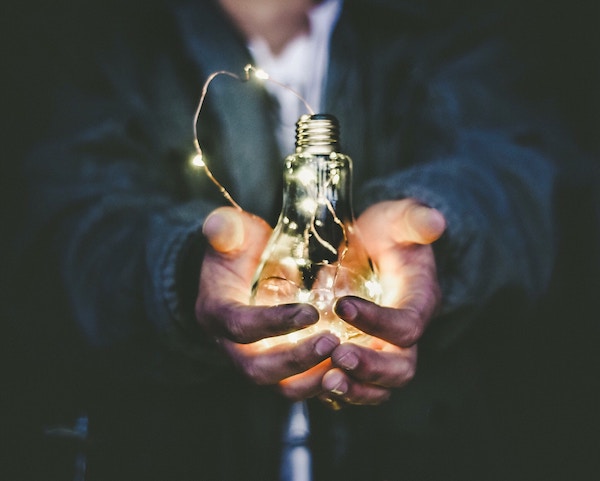 I suppose it makes sense that, as usual, the unwieldy ships that are higher education institutions will be the last to make the move over to this invaluable piece of technology. I suspect once a few more make the switch that more will follow since the benefits to university operations are so clearly there.

I shudder to think about what cloud-based computing would have looked like ten years ago. Back then I guess what we now call legacy systems were shiny and new anyway, and must have made the cloud even more terrifying.

It’s always a race to get to the newest technology first, and while there is something to be said for not being on the bleeding edge of new developments, the cloud has been around long enough—and improved rapidly enough—that it’s a bit of a surprise that there are still institutions that haven’t at least begun the first steps of that transition.