Non-traditional students make up the bulk of today’s student population, but we know very little about them, and even less about their motivations and typical pathways to credentials. This lack of knowledge is reflected in performance metrics, which do not adequately account for their experience. In this interview, Doug Shapiro reflects on recent research by the National Student Clearinghouse that sheds some light on the pathway these students take to degree completion, and shares his thoughts on the massive impact that some postsecondary engagement can have on overall degree attainment.

The EvoLLLution (Evo): Going into this research, how important did you think certificate and associate degree completion were as pathways to bachelor degree attainment?

Doug Shapiro (DS): We knew that certificates and especially associate degrees were big contributors to bachelor’s attainment but we didn’t really know by how much. A lot of the research we had previously done focused on students who started at a community college, and there we found somewhat disappointing results. According to our most recent study, only 14 percent of all the students who start at a community college go on to earn a bachelor’s degree within six years. Of course, many of those students never even earn an associate’s degree or a certificate.

In this project we decided to look at the students who actually earned a credential. The big question was: To what extent are those credentials stepping stones to further education?

We were pretty surprised that overall 41 percent of all the students who completed an associate’s degree went on to earn a bachelor’s within six years of earning their two-year degree. From these numbers, it’s likely that many of those students didn’t go straight to a four-year institution. They may have taken a year off to work or they may have taken some courses part time. There are a lot of different enrollment behaviors and stop outs among this student population, which is why we gave students six years from the time they earned their associate’s degree to see whether they had earned a bachelor’s degree.

When we think about how students are consuming higher education, it’s in smaller chunks. today’s students are also thinking of degrees and credentials as stepping stones along a path to a broader educational goal. As such, it’s really important to recognize that those steps come in smaller chunks but they also come in at wider spaces in time. Students are not doing this as a single, intense pursuit, following the traditional approach to a bachelor’s degree. These are students who are stopping in and out. They’re going to work, they’re starting families and they’re enlisting in the military—they’re engaging in all kinds of life activities that are punctuating their enrollment. They’re treating these educational goals as part of a lifelong learning path.

Evo: What do your findings say about the way we currently measure a graduation rate, and about the way performance is measured and rewarded in some states?

DS: These metrics are a really big concern for a number of reasons. Outcome- and performance-based funding measures, as well as other quality measures in the market like the College Scorecard are based on these sorts of metrics. The way that we market institutions to prospective students are dependent on these outcomes, which are caught up in the traditional student model, even though there just aren’t that many traditional students left. If you’re not counting students who transfer before they graduate in the graduation rate, for example, you’re missing a huge portion of the student experience.

Evo: It seems that, across all demographics, most folks who earn a certificate do not continue on to earn a formal credential. How can your research help us to better understand the motivations of certificate seekers?

DS: For one thing, certificate seekers tend to be older and more attached to the workforce than postsecondary education.

The fact that nearly 40 percent of them are enrolling in a degree program after earning their certificate, but not earning an associate’s or bachelor’s degree, has to do with the fact that many of the certificates have direct and immediate workplace value. There are students who are earning a certificate and taking that back into the workforce to get a better job or a promotion in their current job and it might be two, three or even four years before they re-enroll. In that sense, we’re not really giving them as much time to measure their completion. Realistically, when we chose six years, we really were not certain how long it might be before someone who earns a certificate might come back to seek an associate’s or even a bachelor’s degree. When you look at the time of degree completion for students who are starting with a certificate, you see that, of those students who earned a bachelor’s degree, over 30 percent of them took more than four and even up to six years to re-enroll, and they didn’t earn their degree until five or six years later.

I would expect that many of those students who look like they enrolled but never earned a degree are still working on it, and they’re probably doing it part time. It’s like that they’re taking more stop outs as they go back and forth between work and education, and if we were to track these students for 8 or even 10 years we would see that completion percentage go up considerably.

Evo: What surprised you the most about your findings?

DS: I think what surprised me was the students who earned a certificate and progressed into a degree program. Honestly, I was surprised that that many students re-enrolled at all.

Many of us thought of a certificate—particularly these workplace certificates—as not really leading to further education. We thought of them as more vocationally focused. These numbers tell us that there really is a high value to getting students engaged in postsecondary education at any level, and that makes them more likely to continue and to pursue more advanced credentials.

Evo: What does that say about the validity of the stackable approach to credentialing?

DS: It’s really important that we pay more attention to stackable credentials. There’s no question that students are concerned about debt and they’re concerned about committing to a full-blown, four-year degree from the start. They want to see real value in shorter increments. If you can spend one year or 18 months and get a certificate that has immediate value, you don’t have to take that longer-term risk of starting out in a bachelor’s degree program that you might not finish and end up in debt. That’s really a strong motivator for a lot of these students.

Evo: What should the key takeaways from this data be for higher education administrators at both the two-year and four-year levels?

DS: I think these findings really show the importance of understanding the pathways of students who are pursuing these non-traditional, elongated, multi-institutional and multi-credential routes to achieving their education goals.

For community colleges, it’s critical they help students to think through their longer-term plans right from the start. This way, students will be prepared for transfer, will understand what kinds of courses they need to take to transfer, and what kinds of institutions are going to be most receptive to their credits when they are ready to transfer. Also, it’s critical to map out this path so that students are earning enough credits that, when they stop out, they can come back in a reasonable amount of time without losing too much momentum.

There’s a whole lot of information and advice that I believe student advisors can provide to help students to understand these plans for learning, which really rely on detailed data about the likely outcomes for students pursuing these different paths. That’s what we’re trying to provide in these reports. 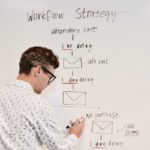 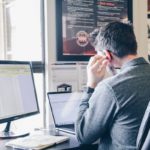 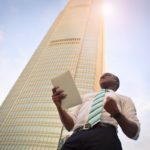 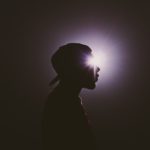