Appealing to Non-Traditional Students: A Strategy for the Humanities

Harvard University has produced a report on the status of the humanities at the institution. Although it purports to be only about the situation there, Harvard has — at least since the end of the Second World War — viewed itself as the nation’s thought leader on the place of the humanities in higher education and in our civic life, and so what goes for Harvard helps to set the tone for the humanities across the country. Like those earlier reports, this report has added yet another perspective to an already ongoing debate about the future prospects for the humanities. One of the key assumptions underlying this debate is that the future of the humanities in higher education will be determined by the degree to which we can attract (or fail to attract) sufficient numbers of students and majors. The report implies — and this is a crucial point — the students in question are “traditional” 18 to 22-year-olds.[1]

“The canon of great literature, philosophy, and art is thriving, in the marketplace, if not on college campuses,” observed Heather Mac Donald of think-tank The Manhattan Institute.[2] Mac Donald contends that these learners are drawn to the Great Courses because the humanities in the academy are too politicized and, thus, these learners turn away from college courses.

As long as we assume our “market” for students in the humanities is traditional-aged undergraduates, then the success of the Great Courses need not concern us. However, I think universities might want to also consider non-traditional students as prospective students for humanities courses. The Great Courses, and the popularity of museums and other cultural institutions, demonstrate that there is widespread interest in the humanities (the threat to de-fund the National Endowment for the Humanities notwithstanding). We in higher education need to draw these learners into our courses and, in the process, help revitalize the humanities.

The American Academy of Arts and Sciences, in their own report on the future of the humanities, recommends humanists engage the public, by which they mean “support a strong network of schools, museums, cultural institutions and libraries that engage the public in humanities and social science activities.”[3] Indeed, the Harvard report also admits “we have failed to address sympathetic public curiosity as to what we do.” In this formulation, the “public” appears to be anyone who is not an 18 to 22-year-old full-time student, outsiders to our core teaching mission.

What if we made a concerted, strategic decision to invite the “public” into our classes, to view the public not as curious onlookers but as a student population that would welcome the chance to read and reflect on “the best of which has been thought and said?” What if we were to view the “public” as an important part of our teaching mission, rather than leaving this task to museums and libraries? Could we think of partnerships and institutional arrangements that would be attractive to both kinds of students?

I am especially convinced those 60 and older represent an enormous (and largely untapped) market for the humanities. I encounter many such learners who avidly read books in history, philosophy and other humanities subjects. Many are heeding the advice of brain scientists who council that keeping the brain active and engaged is a way to ensure brain health. My university has a program that permits older learners to take courses for free — without credit and only if there is room in the course. While this is a terrific opportunity, it still assumes such learners are an afterthought, a nice public service, but not a source of revenue or even counted in our metrics about majors and the “value” of humanities programs. As we develop more humanities-themed MOOCs (Massive Open Online Courses), it will be interesting to see if these non-traditional learners make up a big portion of the audience (why pay for a Great Course when a MOOC is free?) I once drew up a business plan for a college marketed exclusively to baby boomers, who could take formal, credit-bearing courses in the humanities. I still think such a college would be profitable, but I would also think any sensible university could embed such a “boomer college” into their own institution.

I am in no way suggesting we should stop teaching traditional undergraduates, only that we expand our audience beyond those students, and do so in a far more aggressive way than we have thus far. It would be simplistic to say we can turn around the “crisis in the humanities” by doing nothing more than marketing to more adults. However, there are clearly a large number of non-traditional learners who have demonstrated interest in the humanities, but who have either been turned off by, or simply not invited into, the academy. The issue is in how we market the humanities and the strategic assumptions we in higher education make about our audience.

[1] Harvard University, “The Teaching of the Arts and Humanities at Harvard College: Mapping the Future,” 2013, available from http://www.artsandhumanities.fas.harvard.edu/files/humanities/files/mapping_the_future_31_may_2013.pdf

[3] American Academy of Arts and Science, “The Heart of the Matter: The Humanities and Social Sciences for a vibrant, competitive, and secure nation,” 2013, available from http://www.humanitiescommission.org/_pdf/hss_report.pdf 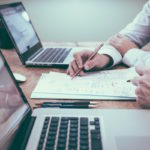 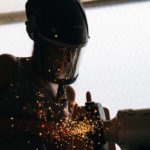 Daniel Dillard | Assistant Dean of Undergraduate Education in the College of Arts and Sciences, Emory University

It’s encouraging that Staley is starting the conversation about attracting non-traditional learners to study the humanities. While I agree that those 60 and over represent an untapped market, I’m not convinced the market is large enough to be worth a significant investment of time and resources. Aside from hobbyists and those who want to, as Staley says, maintain their brain health, I can’t think of another reason this group would consider for-credit humanities education. Why not focus our limited resources on attracting, instead, mid-career adults who already have a postsecondary credential? This seems to be a growing market. At this point, I don’t know what the value proposition for humanities education would be, but it’s an interesting notion to consider.

I do agree that mid-career adults are a fast-growing student market for institutions to consider. However, I’m not sure a strong value proposition exists for this group to study the humanities.

My guess is mid-career adults would consider returning to higher education if it could improve their opportunities for advancement, or for a career change. I don’t think the humanities generally fulfil these criteria (unless the career change was a move into the humanities). As important as I believe the humanities to be, I don’t think they — and I’m not sure if it’s the subjects themselves or the way they’re being taught — have strong ties to labor market outcomes. Most adults would likely be satisfied with going to a museum to ‘get their fix’ of the humanities. I doubt many would seriously consider studying it.