The present and future of small, independent colleges have dominated the higher education press since well before the recession in 2008, with many analysts and leaders alike predicting the end of an entire sector of institutions. The truth of the matter, however, is a lot less dire. In this interview, Richard Ekman reflects on the challenges and opportunities facing smaller, independent colleges and shares his thoughts on the future role for these institutions in the rich postsecondary ecosystem.

Richard Ekman (RE): Let’s identify some of the trends that are out there that do affect these colleges. First are the demographic changes. We’re not seeing the surging number of traditional college-age students—and the increases that we do see in this demographic are concentrated in the Southeastern and Southwestern United States, and they’re disproportionately in lower-income families. These are often first-generation college-goers, often immigrants themselves or children of immigrants.

The nature of today’s college-going public is very different from the traditional market even ten to 15 years ago, and smaller independent colleges that have focused primarily on the transformational role of undergraduate education for traditional-age undergraduates are adapting to this change.

Changing demographics is just one factor. There also have been changes in the costs of running an institution. Over time, the costs of fuel and benefits—both of which make up significant portions of the total operating budget for colleges and universities—have gone up significantly. This affects the ability of colleges to maintain a financial equilibrium.

Evo: Are smaller independent institutions more susceptible to these changes than larger public and private universities?

RE: Scale is an issue; “small” is not as good as “big” when it comes to coping with these changes. Until recently, I would have said the public universities have guaranteed subsidies of their operations which is an advantage for them, cushioning them from the ups and downs of actual costs. Lately, however, as state governments have been so starved they’ve taken some precipitous actions that make money less available for the public universities and also make the situation volatile because these are political decisions, not planning decisions.

These factors affect both public and private institutions. No one is immune.

Evo: What are a few strategies small, independent colleges and universities have (and can) put into place to adapt to these changing market conditions?

RE: There’s been a lot of innovation in the last ten years aimed at gaining cost efficiencies and increasing revenues. The cost savings include some obvious things such as trimming staff where that’s possible, doing purchasing through consortia of institutions, looking at fuel efficiency, and changing the calendar so you get greater and more efficient use out of the physical plant. These efforts have been sustained. For the small private colleges, the trimming has gone about as far as it can before cutting into the meat, not the fat.

When it comes to generating revenue, however, those efforts are just beginning to really pay off. Many small, strictly undergraduate, strictly liberal arts institutions have added units that exist in parallel to the traditional college and that depart from the traditional focus of the institution. The unit might offer a master’s program for working adults on a part-time basis in the evening in professional fields such as business, education, or health. It might be in an online degree-completion program for people who aren’t located nearby and have some college credit. Mary Baldwin College in Virginia is a great example of this. MBC is a traditional women’s college that has all the challenges that women’s colleges have had to navigate in recent years. MBC created a health sciences college and tapped an entirely new market, which made all the difference in the world in balancing the budget. Utica College in upstate New York offered satellite programs, first in Syracuse and now all over the world. These operate mostly online and have become very good sources of revenue for them.

Some colleges have taken advantage of unique circumstances like geography. The Cincinnati Bengals NFL team, for example, used to hold their training camp on the campus of Georgetown College in Kentucky. Some colleges have specific opportunities that they can maximize.

There are two reports that we’ve produced recently, both on innovation at independent colleges, available on CIC’s website. These documents show how much innovation is going on both in the cost savings side and the revenue generation side. We produced these as part of a campaign that we have run for the past few years on the future of independent higher education, where we’ve been looking at alternative business models for independent colleges. In commissioning these reports, we’ve provided some ideas for our members to take into account as they have their own discussions with campus stakeholders and trustees about what choices they ought to be making for the future.

Evo: What are some of the challenges leaders of smaller institutions might face when trying to get these strategic changes off the ground?

RE: One of the big issues is the importance of a liberal arts core to these smaller institutions. People at our institutions believe that an undergraduate education ought to be more than narrow job training, but whether that means French vs. Spanish, modern history vs. ancient history, American literature vs. Chinese literature—these are all open questions and different colleges answer them differently.

There has been some movement toward de-emphasis of departments and more emphasis on thematic programs. This has resulted in some efficiencies and flexibility.

There also have been efforts to use active forms of learning more emphatically by creating more opportunities for internships, joint research projects with faculty members, and service-learning projects. These things are very feasible on the small scale of a small college and are harder to do in a giant institution.

Evo: Looking 10 years into the future, what role do you think smaller colleges and universities will play in the rich American higher education ecosystem—especially with the growing non-traditional student demographic?

RE: The one thing that is absolutely clear to me is that the journalists who report the occasional closure of a college as though it signals the beginning of the end for hundreds of colleges are simply wrong.

If you look at the history of closures, there have been about three or four a year every year going back 30 years. There’s nothing related specifically to the 2008 recession that suggests a change from the normal dynamics. Moreover, if you look at the colleges that closed—and I did this a couple of years ago—the average age of a college that closed was 119 years. In what other sector of society can you say that the average life of a firm that closes is that long? Not heavy industry, not steel and autos, not the dot-coms. It’s not a reason to panic if three to four colleges close after 119 years.

The recent trend is for enrollments to favor larger public institutions and there is a small trend of increase in online learning. I don’t know how far either of those is going to go because state budgets can have a significant impact on the price of tuition at public institutions as well as the number of spots for incoming students. Those circumstances change the set of options that an individual student has.

Second, the evidence about online learning is mixed as to whether students are as well educated as they are from live instruction. My impression is that online learning works better than giant lecture courses but it doesn’t work as well as small, live seminars and workshops. You see evidence to this effect most dramatically in some of the gatekeeper “101” courses that move students into popular majors like psychology, accounting, or biology. These courses have enormous numbers of enrolled students and for big universities, their attrition rate is terrible. However, since they are gatekeeper courses, students will take them a second time if they don’t pass the first time because they want to get on with their careers in whatever field they’ve chosen. In small colleges, those courses are relatively large, but large means 100 students—not1,000 students. The evidence also shows that students in these smaller institutions do tend to complete their majors and graduate in a more timely fashion.

Price is an issue for prospective students but if you look at the amount of scholarship aid offered by private colleges, the net price for public and private institutions is about the same. Most students, particularly many first-generation students, don’t understand that.

Evo: Is there anything you’d like to add about the challenges facing smaller institutions and what it’s going to take for leaders to overcome them?

RE: What’s different these days for independent colleges is the difficulty in predicting how these factors—the challenges and opportunities we’ve identified during this discussion—are going to play out. I can think of two colleges that are superficially similar in all the fundamentals but one is thriving and one is not. The difference is leadership. It’s the vision that the president and the trustees have as to what the college ought to do, and the choices it ought to make, that will make all the difference. 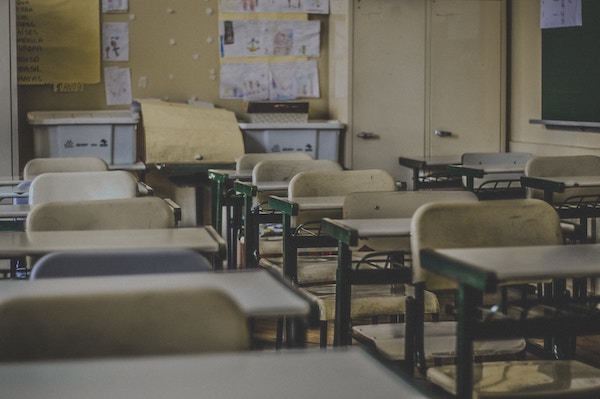 Delivering a Personalized Experience by Seeing Students as Customers