Current Position and Past Experience
Since 1981, Tim Flood has worked and consulted in higher education technology with firms such as Apple Computer, Stanford University and the University of Oklahoma.

Education, Honors and Achievements
In 1966, Flood earned his BA in English Literature from the University of Idaho. In 1972, he earned his MA from San Francisco State University. 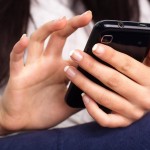