Current Position and Past Experience
Since 2013, Rob Scott has served as the Executive Director of the Prison Education Program at Cornell University. Prior to joining Cornell, Scott spent five years as a Program Assistant for the Education Justice Project at the University of Illinois at Urbana-Champaign. He spent four years before that as the Director of School for Designing a Society.

Education, Honors and Achievements
Scott earned his Bachelor’s Degree from Goddard College in 2001. In 2005, he earned his MSc in Environmental Science from the University of Illinois at Urbana-Champaign. He earned his PhD in 2011 from the same institution.

Connect
You can find Scott on the web via his personal website. 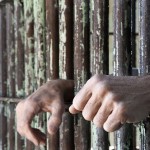 The Case for Higher Education in Prisons