Current Position and Past Experience
Since 2013, Richard Schilke has served as the Vice President of Curriculum and Instructional Technology and Design at the American Public University System. He joined APUS in 2012.

Prior to this, Schilke spent two years with Kaplan University as the Executive Director of Curriculum for Public Services and General Education. This followed four years as the Associate Dean of Virtual Campus at Florida State College at Jacksonville.

Before entering higher education, Schilke worked five years as a Senior Instructional Designer for an education and training contractor and served for twenty years in the United States Navy including his last three as a Chief Administrator at the Navy’s propulsion engineering school.

Education, Honors and Achievements
Schilke earned his BS in Computer Studies from the University of Maryland University College in 1994, while stationed in the Philippines and Japan. He earned his MsEd and EdD in Adult Continuing Education from Northern Illinois University in 2001. In 2011, he earned his Graduate Certificate in Institutional Research from Florida State University. 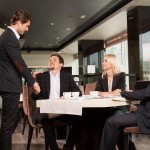