Current Position and Past Experience
Nathan Sables is currently studying International Affairs with a Concentration in the Middle East and Security Policy at The George Washington University Elliot School.

In addition, Sable works as the External Relations Manger for a non-profit called Veterans Campaign. In his current position he works to recruit, train and assist potential veteran candidates to run for national, state, and local offices. This entails coordinating events and workshops that provide potential candidates with the framework of how to campaign for elected offices. He has worked to coordinate past events with the offices of Former Governor Bob Kerry, US Senator Johnny Isakason, US Congressmen Brad Wenstrep, American Legion President Peter Gaytan, and The Oversees Vote Foundation.

Prior to this, he served in the US Navy for six years as a Search and Rescue Swimmer. Sable deployed three times to the Middle East and once to South East Asia. His deployments were in support of Anti Piracy operations in the Horn of Africa, Humanitarian Support in Pakistan during the 2010 floods, providing security over Iraqi Oil terminals, and humanitarian relief in South East Asia. Sable left active duty in 2011 to pursue a bachelor’s degree. After he completes his degree, his plan is to work in the public sector, in the State Department’s Foreign Service.

Sable earned the Navy and Marine Corp Accommodation Medal in 2008 and again in 2011. In 2008, he earned the U.S. Navy Good Conduct Award and in 2010, he earned the Humanitarian Service Ribbon.

Personal Details and Community Involvement
Sable enjoys volunteering with several veterans’ organizations like the National Veterans Center, Gold Star Moms, and Student Veterans of America. In his free time he enjoys fishing, hiking swimming and traveling. He is also active in his local church. 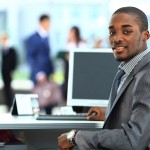 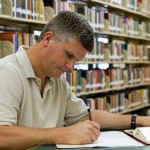 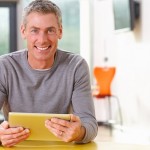