Personal Details and Community Involvement
As his career in the United States Army is coming closer to the end, Springer is preparing for a career in the field of teaching and educating others. Springer has instructed college courses for Central Texas College while deployed to Iraq, as it was the only way to get some resident courses for the soldiers at his forward operating base. The experience provided him a better appreciation of adult education.

Springer has enjoyed coaching premier competitive level soccer for the past five years and continues to volunteer his time when possible. 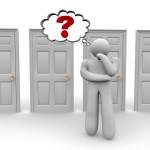 Accreditations: Bigger Is Not Necessarily Better