Current Position and Past Experience
Gavin Newsom is the Governor of California. He previously served as California’s 49th Lieutenant Governor, having assumed office in 2011. Prior to this, Newsom served as the Mayor of San Francisco for seven years. Newsom was appointed to municipal government in 1996 when he was named to San Francisco’s Parking and Traffic Commission.

Since holding public office as a member of the San Francisco Board of Supervisors, Newsom has advocated for and consistently supported quality public education for Californians. As Lt. Gov., he serves as University of California Regent and as Trustee for the California State University system and has fought to keep these institutions accessible to all. In 2012, he was the sole UC regent who voted against a tuition hike. In partnership with students, parents, teachers, administrators and the private sector, Newsom wants to preserve the state's internationally recognized public higher education system that produces the future leaders of America.

Prior to entering politics Newsom was a small business owner who grew one wine shop, PlumpJack, into a thriving enterprise of 15 businesses including wineries, restaurants, and hotels. His frustrating experience with bureaucratic red tape in opening that single wine shop led to the creation of a small business assistance center when he took office.

Education, Honors and Achievements
Newsom attended Santa Clara University on a partial baseball scholarship and student loans, where he graduated in 1989 with a B.A. in political science.

Personal Details and Community Involvement
Newsom is married to actress/producer Jennifer Siebel Newsom. They reside in Marin County with their three children Montana, Hunter and Brooklynn. 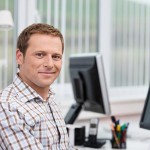