Barbara Bodkin | Director of Continuing Education at the Ontario Institute for Studies in Education, University of Toronto

Current Position and Past Experience
Since 2002, Barbara Bodkin has been the Director of Continuing Education at the University of Toronto’s Ontario Institute for Studies in Education. Prior to this, Bodkin spent four years as the Superintendent of Curriculum and Assessment at the York Catholic District School Board, where she had previously served five years as the Superintendent of Schools. 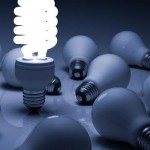 Reshaping Innovation into the 21st Century: What is the Role of Higher Education?