Current Position and Past Experience
Andrew Ng co-founded Coursera with Stanford Colleague Daphne Koller in 2012. Ng serves as an Associate Professor in the Department of Computer Science at Stanford University and concurrently serves as the Director of the Stanford Artificial Intelligence Lab.

Education, Honors and Achievements
Ng earned his undergraduate degree from Carnegie Mellon University and his PhD from UC Berkeley.

Ng was named as one of the top 35 innovated under the age of 35 by the MIT Technology Review in 2008. In 2007, he was awarded the Sloan Fellowship. He is also a recipient of the Computers and Thought Award. 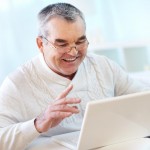