From 1985-1987 Russo was the Chair of the University of Buenos Aires’ Chemical Engineering Department. From 1974-1975 he performed the same role at the Universidad Tecnologica Nacional.

Since 1986, Russo has been providing engineering consultancy work. He has published five books in Spanish about Operations Management, Operations Research, Probabilistic Modeling, Bayesian Inference and Mathematics for Social Sciences.

He also was appointed Vice President and speaker of the foreign delegations for the ninth TIES (Technological Information Exchange System) organized by UNIDO at Beijing in 1984.

Personal Details and Community Involvement
From 1999-2000, Russo was the President of CONICET’s Technology Commission and from 1984-1985 he was President of the Argentine National Institute of Industrial Technology. 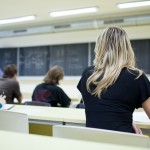 What To Do To Improve Engineering Teaching?