In 2011, Eyring co-wrote The Innovative University: Changing the DNA of Higher Education with Clayton Christensen.

From 1998-2002, Eyring spent his first term with BYU-Idaho as the director of the MBA program. Eyring has also served as a Trustee of Southern Utah University.

From 2003-2006 Eyring served as the President of the Japan Tokyo North mission of the Church of Jesus Christ of Latter Day Saints.

Education, Honors and Achievements
Eyring is a graduate of Brigham Young University from which he earned his Bachelor’s Degree in Geology and his Law degree. Eyring also earned an MBA from the Marriott School of Management.

Personal Details and Community Involvement
Eyring and his wife, Kelly, have five children and live in Rexburg, Idaho. This is not the first time Eyring has resided in Rexburg; his father Henry B. Eyring served as the president of BYU—Idaho (then Ricks University) from 1971-1977. 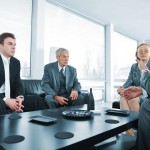 Universities Will Serve Better-Prepared Students in a Decade