Current Position and Past Experience
David E. Van Zandt is the eighth President of The New School, a legendary, progressive higher education institution inspiring undergraduates, graduate students, and others to catalyze change in an inconstant world. Since arriving at The New School in January 2011, he has worked to bring the different divisions of The New School together in order to take advantage of their complementary strengths. Directly prior, he served at Northwestern University School of Law as Dean (1995-2011) and faculty member (1985-1995).

Education, Honors and Achievements
Van Zandt earned his B.A in Sociology from Princeton University and his J.D. at Yale Law School. He earned his PhD from the London School of Economics and Political Science. He is a past president of the American Law Deans Association and has published articles and written and presented papers on the regulation of financial markets, the sociology of religion and deviance, social theory (in particular the microsociological aspects of law), and the economics of common sense.

Personal Details and Community Involvement
Van Zandt is married to Professor Lisa Huestis, Associate Professor of Legal Studies at The New School, and has two children, Caroline and Nicholas.

Connect
You can find Van Zandt on Twitter @DavidVanZandt. 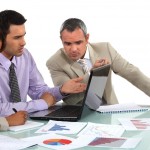