Current Position and Past Experience
Since 1985, Dennis Jones has been the President of the National Center for Higher Education Management Systems. Jones has been with the NCHEMS since 1969, where he started as a Staff Analyst. In that time, he has held positions as an Assistant Program Director, Associate Director and Vice President for Planning and Evaluation.

Jones was a member of the Finance and Productivity Working Group that made recommendations regarding the implementation of the Spellings Commission Report in 2007, chosen by the U.S. Secretary of Education. He is also a member of the Louisiana Board of Regents, and serves as a member of, and chief consultant to, the National Center for Policy and Higher Education’s Forum on State Policy Implementation.

Jones was part of the Design and Implementation Team of Western Governors University, was the Chair of the North Dakota State Board of Higher Education’s Blue Ribbon Commission and served on the California State University System’s Steering Review and Oversight Committee for a project on Benefits and Costs of Mediated Instruction and Distributed Learning.

Education, Honors and Achievements
In 1961, Jones earned his BS from Rensselaer Polytechnic Institute. He earned his MS in 1964 from the same institution. 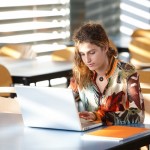 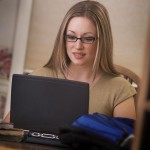