Current Position and Past Experience
Daphne Koller co-founded Coursera with Stanford colleague Andrew Ng in 2012. Since 1995, Koller has been a faculty member in Stanford University’s Computer Science Department, of which she is currently the Rajeev Motwani Professor.

Education, Honors and Achievements
Koller earned her undergraduate and masters degrees from the Hebrew University of Jerusalem. In 1993, she earned her PhD from Stanford University, and she did her postdoctoral research at UC Berkeley.

Koller has won numerous awards and commendations, including the Office of Naval Research’s Young Investigator Award and the Presidential Early Career Award for Scientists and Engineers in 1999. In 2001 she earned the IJCAI Computers and Thought Award. In 2008, Koller earned the ACM/Infosys Award and in 2011 she was inaugurated into the National Academy of Engineering. 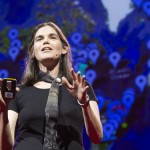