In 2015, the Executive Office of the President of the United States launched the America’s College Promise Proposal, an idea that would make at least two years of college free for students across the United States. Since then, College Promise programs have popped up at the state and municipal level across the United States, with notable examples in Tennessee, Oregon, Long Beach and San Diego among many others. In January 2017, New York took steps to add itself to the list and go a step further. Under Governor Cuomo’s tuition-free college proposal, it would make both of New York’s public college systems (City University of New York and State University of New York) tuition-free for low-income families. The proposal, known as the Excelsior Scholarship, still needs approval by the New York State Legislature but the concept is more aggressive than any similar plan proposed elsewhere.

In this interview, Gail Mellow, whose college hosted Governor Cuomo’s announcement, reflects on the impact the Excelsior Scholarship would have and shares her thoughts on some of the details that will need to be worked out for the plan to be a success.

The EvoLLLution (Evo): What is it going to take to make New York’s tuition-free higher education proposal a reality?

Gail Mellow (GM): The easy answer is that it’s going to take an act of our state legislature. The more complex answer is that this really is a game-changer, a fundamentally different way to imagine how we invest in the human infrastructure in the state. What it’s going to take to make this a reality is attention to the hundreds of thousands of students who will be impacted in trying to put together the very best policy possible so that we end up with something that really works.

Evo: What steps still need to be taken for the Excelsior Scholarship to go into effect?

GM: Part of it is to define what students will be covered by the Excelsior Scholarship. For example, would a student have to be full time, would a student have to be in certain kinds of programs, would they have to make certain kinds of academic progress? There are a lot of pieces that go into a scholarship like this and we need to define some of the details.

That being said, one of the things that we’ve seen in the state of Tennessee is that when a state says to all of its prospective students, “We’re going to make college free for you,” the impact is significant. In Tennessee, they saw a 40-percent increase in the number of students who applied for federal financial aid after the Tennessee Promise went into effect.

Programs like this can create enormous change in the “college-going culture,” which is very important for a state’s future viability.

Evo: How will the Excelsior Scholarship transform access to education for students at LaGuardia Community College?

GM: I think it will make an enormous difference because what you find with LaGuardia students is that, overwhelmingly, they’re poor. Our average student’s family income is $26,000 a year and they’re living in New York City. So having the state say to you, “We are going to invest in you, you can come to college, tuition is not going to be the issue,” is enormously powerful. It’s powerful for a range of students who sometimes take two or three jobs in order to come to school, or for students who simply don’t understand what is possible.

The Excelsior Scholarship is particularly important for two groups. The first group is students for whom high school has been tough. They’ve been struggling, they see their family struggling and they hear mom and dad talking about the challenges of putting food on the table or paying for transportation. For these students to have the freedom to say, “I want to invest in myself!” is a game-changer. The other group is older students. About 30 percent of our students are older than 24, so they’ve already been out working and, for them, coming back to college is a big deal. To take the fear of not being able to pay for tuition off the table really encourages them to take a step and get the job and intellectual skills they need in order to work productively in our community and in a 21st-century job.

Evo: What were some of the factors that led to the college promise coming to New York?

GM: It was our Governor’s understanding that, when you look at long term economic viability for a company or for a state, higher education—a certificate or degree past high school—has to be the new normal.

What we have is a real embrace of the future and the knowledge that jobs are more complex, our world is more complex and labor market competition is global.

The former CEO of Accenture, which is a company of 180,000 people, once said to me, “The company that has the smartest workers wins.” I think that’s true for a state as well.

Evo: How do you expect LaGuardia’s enrollment numbers to be affected by tuition-free access?

GM: Honestly, I don’t really know how our enrollment will be impacted by tuition-free access. We could easily accommodate an increase of between 5 to 7 percent in the number of students who want to attend. It would simply require us to continue to push out the boundaries of when we offered classes.  We currently offer classes from 7am until 9pm, so we’ll probably be pushed to do more classes during nights and weekends. We would also really think about introducing more hybrid courses.

We would also need to think about how to expand our support services. Right now we offer significantly subsidized child care to students through our Early Childhood Learning Center, and we would really want to think whether we can expand the ECLC’s open hours to create more times when moms and dads can take classes.

Expanding our student numbers would cause us to rethink some services but we could definitely accommodate it. Now, that wouldn’t be true if we had a 50-percent increase in student enrollment. In that case, we’d really have to do some longer-term planning. It depends on the scale of how many more students enroll.

We could do those things and I think we really want to move to accommodate more students because, at the end of the day, our goal as a community college is to serve our community. We know that here in western Queens, less than 30 percent of our community have any kind of college experience.

Evo: Many states’ College Promise programs, as they’re currently designed, only create access for recent high school graduates. Why did New York decide that non-traditional students need to be included in the Excelsior Scholarship?

GM: We’re investing in the people of our state. When you look at what is needed in the workforce, it’s more access for the person who’s already in the workforce whose company needs their skills upgraded whose family needs them to make a higher wage or be more fully employed. I call this audience the incumbent worker. However, it’s often not the person who graduated from high school 25 years ago who really thinks about college.

As such, making this scholarship available to non-traditional students is a brilliant way to get real about who goes to college and who needs to go to college. By opening up the doors of opportunity to that wider swathe of individuals, we’re making an important decision for New York’s future.

Evo: What are some of the advantages of a tuition-free model? Why is this important for a college to get behind?

GM: It’s important for colleges to get behind the tuition-free model because our responsibility is to envision a future and then prepare as many citizens as we can for that future. That’s the role of a public college and particularly community college.

Just 50 years ago, there was no such thing as the community college. In the early 1970’s community colleges began to be developed because it was acknowledged that we could rethink the true impact of the college. College education used to be only for very wealthy people of a certain age. We needed to rethink that—and we still need to rethink that—because education is the foundation of our democracy and a viable globally competitive workforce. By rethinking higher education’s purpose, we serve our higher mission.

Evo: When we’re talking about tuition-free access what does that really mean for low-income students who might have their tuition covered but still have to take care of these fees?

GM: That’s one of the details that we really need to understand and work out. I’ll give you an example from Tennessee, who we’ve been working closely with.

What they found is that there are ways to make this a very powerful program by bringing in mentors and advisors. That’s part of the reason Tennessee was so successful in getting students to fill out the financial aid forms for Pell Grants and other federal grants; they had mentors who helped students understand how to fill out the paperwork. Engaging the community to help students succeed makes a big difference.

Evo: Is there anything you’d like to add about the idea of tuition free access in New York State to 2- and 4-year education?

GM: I can’t wait to watch it happen. I’m very excited to be at the beginning of this and this feels like the kind of action that is important not just for our state but for our country.  What I’m hoping to see is this spread of this amazing idea throughout the country. 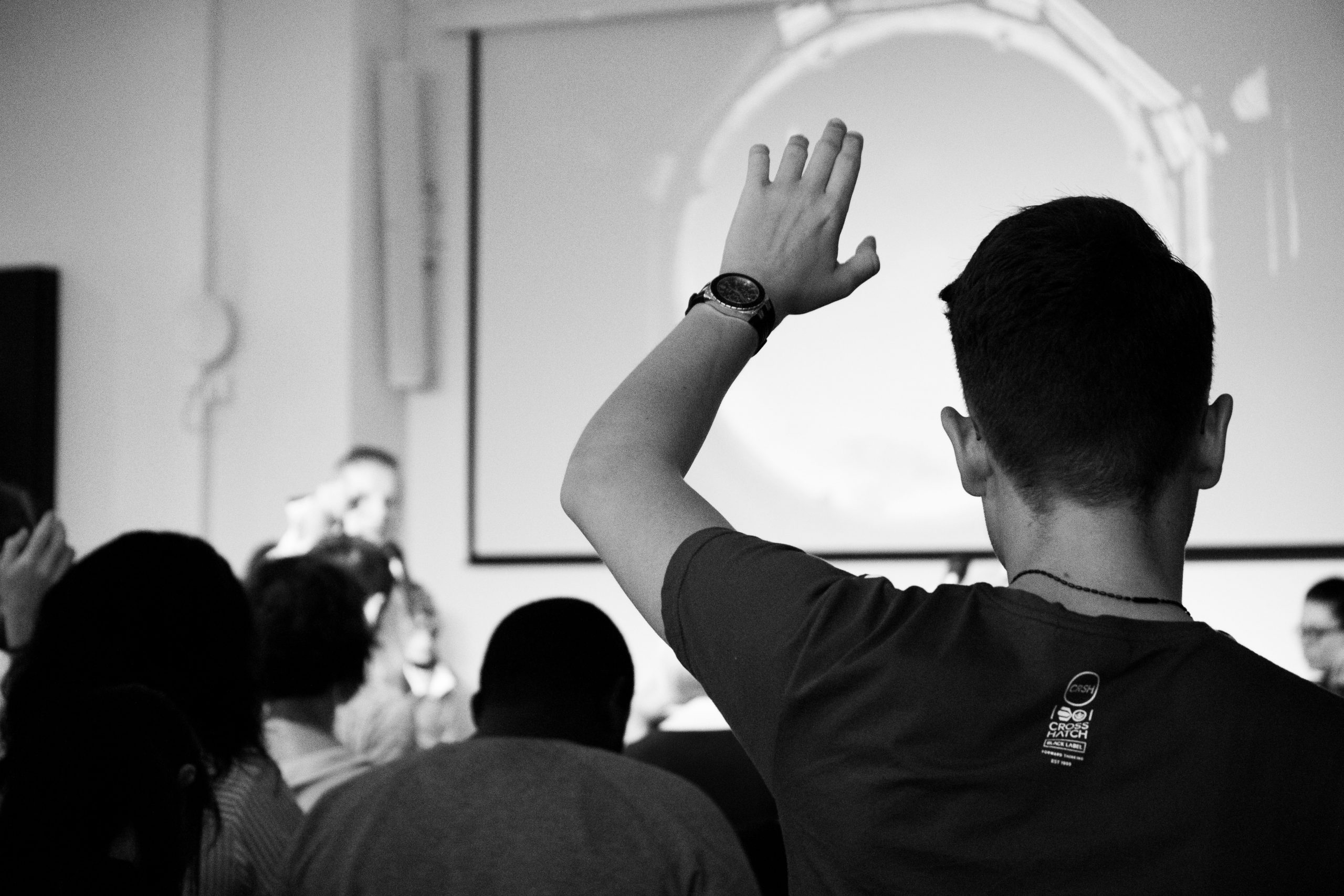 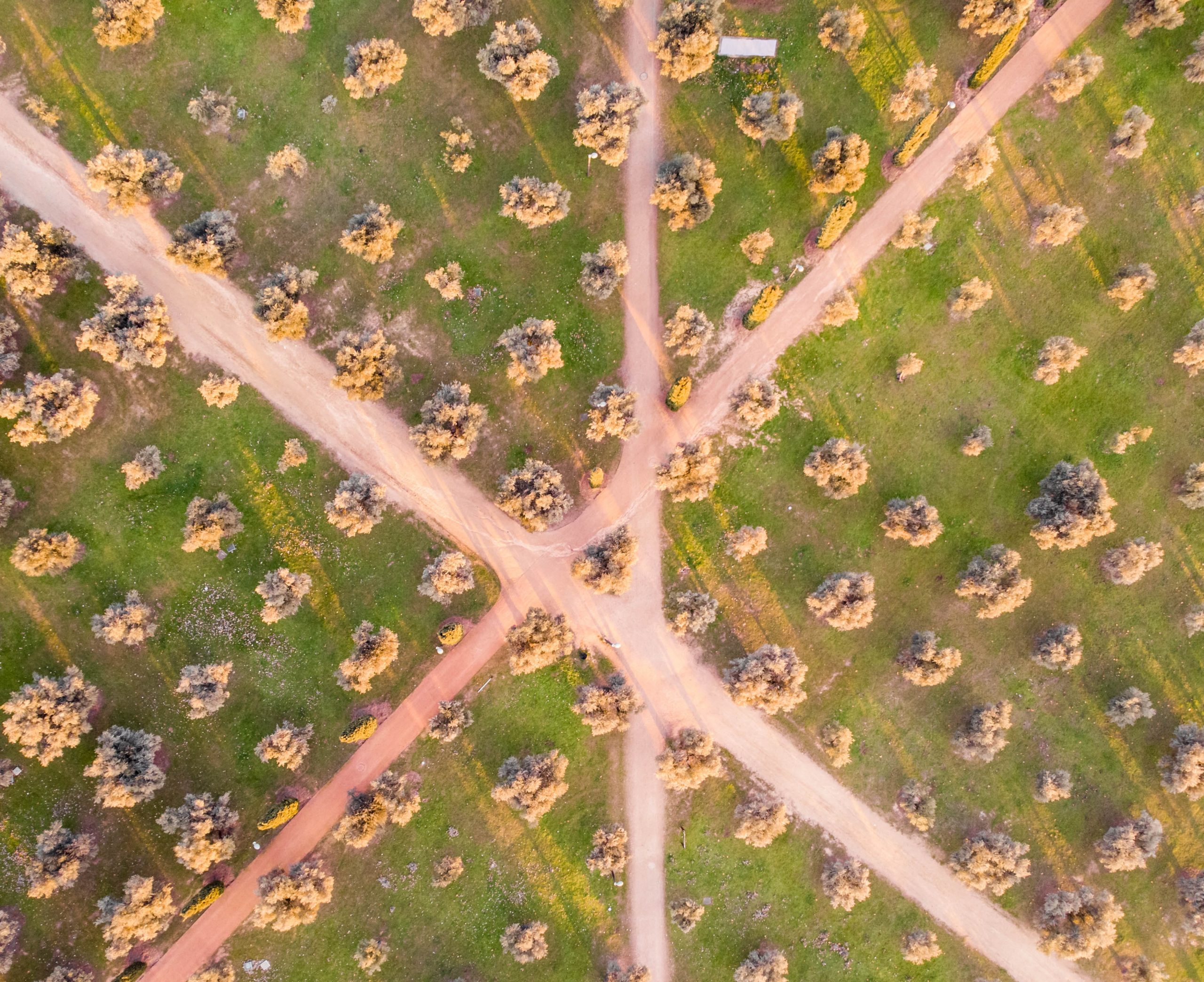 Finding the Middle Ground: What Higher Ed Can Do To Appeal To As Many Learners As Possible 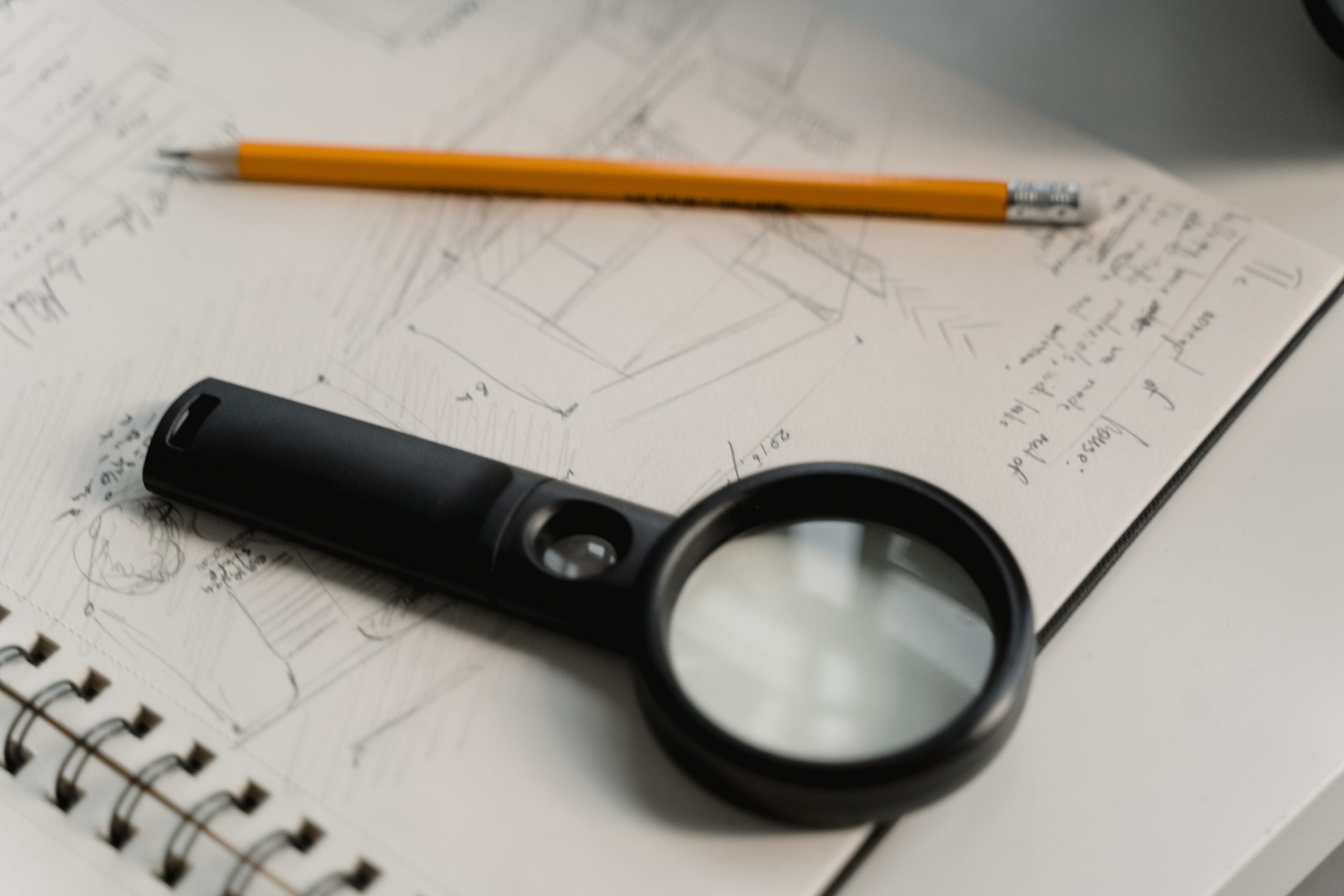 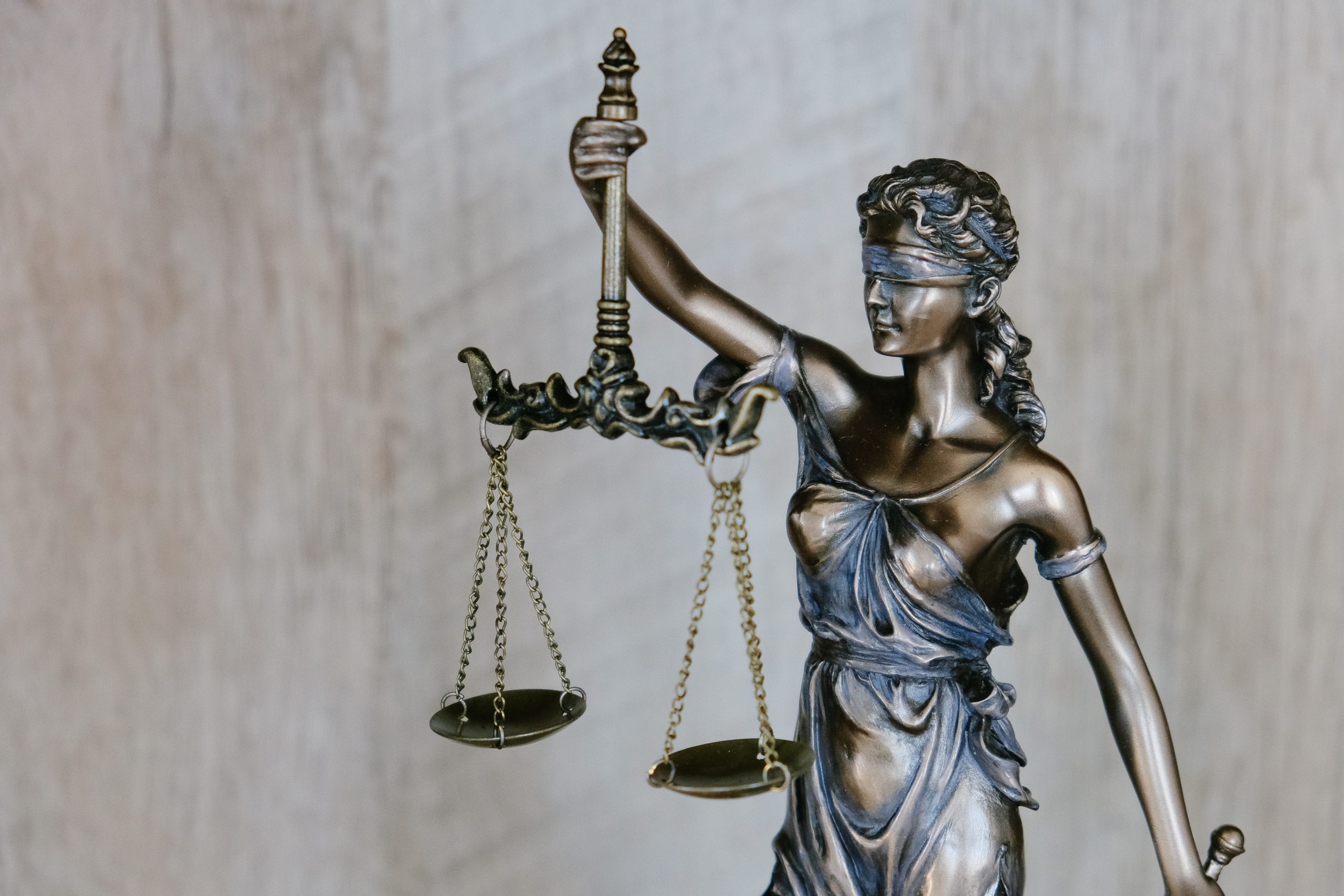