The second anniversary of the announcement that Sweet Briar College would close was March 3, 2017. Having spent most of 2015 developing a report for a major foundation about the events surrounding that announcement, I have continued to watch the saga of saving Sweet Briar. With a new president and new money raised by alumnae, there are reasons to be optimistic about the future of that college. But, at this point in time, there is little evidence that Sweet Briar has learned all the lessons we hope other colleges have learned from watching Sweet Briar.

Sweet Briar (founded in Amherst, VA in 1901) was known in 2015 as a college of over 3,000 acres with an endowment of over $80 million. Many of its buildings had been designed by Ralph Adams Cram (whose work is also seen at MIT, Princeton, Wellesley, Rice and West Point).  It had once been a college where rich girls went, many taking their horses with them and paying almost as much for boarding their horses as it cost for their room and board. The reputation of the college was so positive that it was hard to imagine that the trustees might ever consider closing.

Lesson 1: Just because something has never happened before does not mean it won’t ever happen

Sweet Briar’s problems were not kept secret, but no one seemed willing to admit what was obvious: In 2009, Forbes declared Sweet Briar as being “in one of the most unstable financial situations among private colleges in the US.”[1] Faculty and staff at the time said that such statements were so common they became like background noise—no one paid much attention to them.

Jo Ellen Parker, Sweet Briar’s president before the decision to close was made, pointed out how her board never seemed to realize how dire the situation at Sweet Briar was. Income was decreasing and “outgo” was increasing. None of the trustees thought the problems couldn’t be solved; some thought all the college needed was better promotional materials.

Lesson 2: You can’t solve problems you won’t admit you have

Between 2009 and 2014, even as operating expenses were being reduced, the conditions of Sweet Briar grew worse each year. Maintenance that needed to be addressed continued to be deferred; the endowment fluctuated each year but never significantly increased; the discount on tuition to attract enrollees increased but the numbers enrolling decreased. As a result of the 2008 financial collapse, donors were unable or unwilling to make financial contributions at the levels they had made in the past; and parents were having a more difficult time affording to send their children to expensive, private liberal arts colleges. The Alumnae Magazine for the winter of 2009-2010 was filled with finance reports and statements by the president about the dire financial condition of the college. But most of those living or working on the campus seemed to have remained oblivious to what visitors noted: a general state of disrepair hinting at something more dire.

Lesson 3: The longer problems are ignored, the more serious they can become

Even when indicators that set off alarms at most institutions reflected a rapid decline in the financial security of the college, even when colleges around Sweet Briar were increasing courses in professional fields, adding weekend and online courses and other innovative programs, the Sweet Briar faculty and staff continued to insist that their college needed to remain a residential liberal arts college, untainted by the rapid changes in higher education.

They wanted to remain in what they called the “pink bubble” of rural Virginia, where student-faculty ratios were 8:1, some classes had fewer than five students enrolled, and the antiquated heating system (installed “before the Titanic sank”) threatened to fail every winter.  Even when the president of the accrediting agency of the college pointed out to Sweet Briar’s trustees that only one-third of students today seek a traditional liberal arts education, there was little evidence that the board was going to implement major changes.

Lesson 4: Students of today are not the students of yesterday, and change is a requirement for survival

President Parker suggested various solutions to address the problems she saw in the college:

Parker hired various consultants. One concluded there were fewer than a dozen alumnae who could give as much as a million dollars. What is evident now is that the alumnae can give or raise $20+ million each year if they choose to do so.

Lesson 5:  All recommended solutions should be considered, but it is a mistake to rely completely on information gathered by consultants from outside the college

Despite the optimism of Parker’s farewell speech in 2014, the data and research the trustees examined shortly after she left convinced them the college needed to close.  Sweet Briar announced in the spring of 2015 that the college would close at the end of the summer term—while there was money remaining to provide severance pay for faculty, scholarship assistance when needed for students transferring, money for bills that were coming due, including a major payment on an outstanding loan. There was even the possibility of establishing a foundation with funds remaining that could support women in higher education in multiple ways  I thought, finally, a college that will close with dignity.

But the Sweet Briar trustees never seem to have seriously considered that they might not have had the authority to close the college. Alumnae sued to prevent the closing and forced a settlement that kept the college open. Questions related to Sweet Briar centered around the issue of the college’s being a trust as well as a corporation; the will that had established the college made the courts responsible for seeing that the wishes of the donor were upheld. It had taken several years to get permission to change the will (which indicated the college was for white girls) to accommodate the laws governing segregation in the 1960s.

Lesson 6:  Legal advice from both local sources and the state attorney general can help assure laws governing the closing of a college have been followed

No college closing is celebrated by those who love it, regardless of the circumstances under which it closes. But it does seem more honorable to close with resources still in hand so that obligations to employees and students can be met, creditors can be paid, and at least part of the mission of the college might be preserved. Unfortunately, an increasing number of colleges closing suggests there may be little difference between whether a college is forced to close or chooses to close. As Clauston Jenkins, the president who closed Saint Mary’s College in North Carolina, said, “The bitterness won’t end until the last alum dies.” That statement seems true whether the closure is referred to as a “crash-and-burn” or as “doing the honorable thing.”

So I asked various leaders across this space if it matters whether a college closes amidst chaos instead of closing with a carefully prepared plan. The response was that closing in an orderly way would be more likely to leave intact the memories of the college when it was strong. Watching a college grow weaker and weaker over years while generations of students receive fewer and fewer amenities and, possibly, weaker and weaker educational experiences, can taint even the most wonderful memories of the years the college thrived.

Lesson 7: Closing a college when there is no money left to settle most, if not all, the outstanding debts and obligations taints the glorious memories of the past when the college was able to fulfill all its commitments

Wealthy colleges serving primarily wealthy students are unlikely to need to notice such lessons as those mentioned here. But there are many small, private colleges struggling to be able to survive to help disadvantaged students—students most likely to succeed if surrounded by a culture they know and understand. Most, if not all, of these colleges need to survive, and it is likely they won’t survive without help from outside their grounds.

However, they are less likely to be able to continue to serve missions that were and are critical to our country if they continue to ignore the lessons illustrated by colleges that have come close to the edge of collapse (or have gone over it). 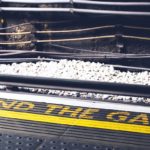 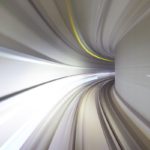 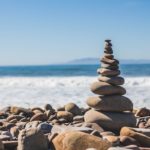