The push for more information about the success of postsecondary graduates in the labor market has been growing. The “college scorecard” developed by the White House may someday show the earnings of graduates from different schools, and President Obama has several times proposed sharing earnings data with students and their families.[1] In August 2013, the President further emphasized the importance of collecting and publicizing wage data, unveiling a plan to rate colleges based on measures of access, affordability and student outcomes, including earnings. More importantly, the President proposed allocating federal aid to colleges based on those ratings.

But the President’s proposal is controversial and its value is uncertain. However, as aggressive as the proposal is, even if fully implemented, it will still leave many students in the dark. Here I call attention to two types of students (part-time students and students pursing certificates rather than degrees) whose success is unlikely to be measured even under the aggressive program put forth by the Obama Administration.

Consider that around 30 percent of students in California’s community colleges are enrolled in only one course, usually to satisfy a particular need (sometimes that need is professional, sometimes personal). This enrollment pattern can make a lot of sense for someone who needs a particular skill in, for example, cybersecurity or engine repair. These types of students don’t need a full degree, so they attend the local community college to learn just the skills they need. They have no immediate need for more training and can perhaps “bank” those credits to apply to a degree later on, but their interest in higher education is more immediate and limited than that of a degree earner. California data show many students are doing this, but we don’t know if it pays off for them. Unfortunately, the President’s proposal, even if enacted, will not help us answer this question.

On top of this change, the focus on degree graduates neglects the large and expanding set of students who enroll in certificate programs. Community colleges awarded more than 600,000 certificates last year, and they were the fastest-growing credential offered by higher education institutions in the United States. Students complete certificate programs rather than graduate with degrees — and, hence, may not be covered by the Administration’s proposal.

Despite their rapid growth, there is surprisingly little information available about certificate programs. Moreover, while the nation has, in practice, agreed an associate’s degree encompasses 60 hours of study, overall, while a bachelor’s degree, on average, encompasses 120 hours, certificates come in different lengths. Certificate programs can last from a few months to two years, and range in subject from cosmetology to aircraft mechanics. The federal government’s data collection efforts have not yet caught up with the growing importance of this credential.

The data my company, College Measures, has gathered from a set of five states (Arkansas, Colorado, Tennessee, Texas and Virginia) shed light on some of the questions surrounding the value of certificates.[2] Perhaps the most interesting comparison is between certificate holders and associate’s degree graduates — one argument often put forward in support of certificates is they can produce high earnings while requiring less time than a traditional associate’s degree. We find some evidence of this, but much of the truth of this statement depends on the type of associate’s degree and the length of the certificate being compared.

While, on average, longer-term certificates have market value, there is considerable variation depending on the field in which they are granted. Across the states, certificates in manufacturing, construction trades and health-related fields generate the most earnings. In Virginia, for example, certificate completers in industrial production technologies ($38,000) and precision metal working ($40,000) have higher first-year earnings than bachelor’s degree graduates ($36,000). Similarly, in Arkansas, students completing a certificate in airframe mechanics and aircraft maintenance technology earn, on average, more than $8,000 over the average bachelor’s graduate ($41,000 compared to $33,000). In Tennessee, students completing a certificate in construction trades had among the highest average earnings ($61,000) of any program of study we identified in the state. In Texas, students completing certificates in radiography and in hospital/health care facilities management had average earnings of more than $69,000, compared to $40,000 for bachelor’s graduates overall. In contrast, students completing certificates in cosmetology or culinary arts tended to have far lower salaries.

These are the kinds of data every student needs to have before they commit to a course of study. It may be that short-term, highly-focused study, either in specific courses or in career-oriented certificates, solve students’ immediate needs for skills and training, and the focus on degrees may neglect the enrollment patterns of a large number of students, including the bulk of adult learners. We need to develop a standard methodology for computing the return on investment (both in terms of time and money) students make in different types of programs in order to help them make informed choices. And we need to figure out a way of getting this information in the hands of students before they enroll.

[2] Deeper comparisons, extensive data, and written reports on wage outcomes in these states are available at www.collegemeasures.org/esm. 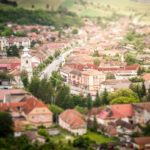 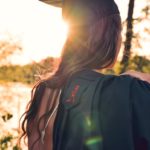 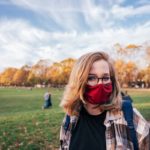 Social Distancing and the Student Experience 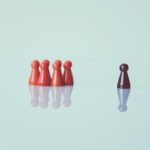 I’m quite concerned about the President’s proposal to base funding on some of the data he’s hoping to collect. I appreciate the intent to make institutions more transparent and to force them to collect what is, indeed, valuable data. However, to tie funding to this data puts pressure on institutions to operate in such a way as to maximize their standings while potentially neglecting real student needs. Every institution serves a different demographic with varying needs, and to lump them all together for comparison seems unfair.

Some of the numbers quoted by Schneider are surprising. I agree this information needs to get out to students before they enrol Sadly, they often find out about graduation and career prospects after the fact.

What, then, are some strategies to encourage institutions to collect (if they’re not already) and proactively disclose this type of information? Do we need to start the conversation about independent academic advisors — not tied to any institution — for potential students? I suppose guidance counselors could fulfil this role for high school students, but what about adult students?

Schneider places too much emphasis on earnings as an indicator of success and as a measure of return on investment. What about other factors, such as career satisfaction? Prospective students need advisors who will help them make choices that work for their interests and life circumstances. These advisors need to teach students that it’s not the program they study that guarantees financial success or even a job after graduation; it’s about what students are willing to put in and also what their goals are. Information provided has to move beyond salary averages to include work conditions, day-to-day tasks, levels of stress, etc. to give students a full picture of what they’re signing up for.