It is rare that I read a single book that fundamentally changes my perception of how the world operates. Such is the case with Thinking in Systems: A Primer by Donella H. Meadows. She wrote the book in 1993 and it went unpublished at the time of her passing in 2001. Thankfully, her friend and collaborator Diana Wright had the good sense to realize the brilliance in the manuscript and set forth to share it with the world in 2008.

I have long tried to understand why reform efforts have failed in higher education. Though I am prone to hyperbole and conspiracy, I have chosen not to view failed reform efforts as sinister. So, if we assume good intentions, how can we explain the lack of progress in the education system? It turns out the issue is as plain as the name.

People use the term “system” to explain many things: congress is a system, schools are systems, lunchtime is a system, etc. We are comfortable using the term but we somehow never consider what it means to be a system and what implications that can have on our behavior. Or at least I had never considered the consequences until I read “Thinking in Systems”.

It turns out that there is a test for system consideration, there is a good chance that you are embedded in a system if you witness;

Under this definition, institutions of higher education are quintessential systems. I am always amazed when I see two different colleges in two different locations around the world and notice convergent activities and relationships. Even the mission statements on the walls are nearly identical. It’s eerie. It’s systemic.

As Meadows explains, systems have elements, interconnections and purpose. Imagine a baseball team as a system. They have elements (players, coaches, etc.), interconnections (rules of the game, protocols) and purpose (score the most runs or drink beer after). When manipulated, each of these pieces can affect the system, but it becomes obvious that the elements (in this case, players) are the least impactful to how the game is played. If I changed every player on the team we’d still be playing baseball, we might hit a few more home runs but fundamentally, very little would have changed. But if I change the rules of the game (using only one outfielder, or adopting Aussie football rules) the game might look quite a bit different. Further, if I changed the purpose of the game (score the fewest runs or drink rose wine) the game may take on a completely different feel. In educational reform we keep trying to change the elements instead of looking at the interconnections or the purpose. This is why after 40 years of reform, colleges fundamentally look like colleges.

But a closer look is required. Given their nature, systems have three fundamental characteristics. They have resilience, they are hierarchical in nature and they organize themselves.

One piece of advice for educational reformers would be to “stop reorganizing”. Changing titles or roles will not make a difference, it’s a system so it will organize itself, don’t fret. Further, do not interfere with the natural tendency for the system to create hierarchy, it’s a good thing. Systems are complex, they need to chunk activities into parts and feed up to assemble the finished product. Imagine a large university attempting to operate with a flattened organizational structure. Do you want the president to weigh in on the soup choice on Wednesday? Keep the natural hierarchy and do not impose needless hierarchy that is essentially meaningless.

The piece that you need to pay attention to is resilience. Systems have feedback loops that are essential for their operation. When the number of applicants to your school dries up, it’s telling you something. When an advertisement is crafted for a tenure track professor and no one responds, a message is being sent. When a new program is implemented, ensure that progress is monitored and regular feedback is considered. Typically, if an organization is paying attention to the feedback loops, experimentation makes the system more resilient. Each success and failure, each validation of the feedback loop makes your system elastic and immune from snapping. But ignore feedback loops, stop experimentation and refuse to allow the system to learn by adjusting its organization and it is a recipe for disaster. One day you look up and no one is at your college, then you’ll wonder where it all went wrong. That’s a systems failure.

I’ve applied Meadows thinking to higher education and there are a few leverage points, ways that systems could be improved. None of these ideas are about implementing policy, they take advantage to the natural tendency of systems to be resilient over time and hence be efficient in their operations.

Systems diagrams always have two identifiable pieces, stocks (students, curriculum, etc.) and flow or rates of change (grading, course evaluation, etc.). Leaders do not need to change the stocks or eliminate the flow, they simply must regulate the flow by creating feedback loops and building buffers to new ideas. If your institution is seeking community input or effectively establishing task forces, or holding individuals accountable to project plans, it’s working! One of the many consequences of using accreditation events as indicators of system level performance is that it delays the feedback loop. In colleges we have stopped looking at leading indicators such as student engagement, curricular review, and student readiness. The feedback loop has gotten too long or it has been de-valued. Part of a university leader’s task is to manage information flow—who has access to information and when. In colleges, professors are inundated with information that they do not require and are shielded from information that could assist them. For example, an instructor may see a student’s transcript, but rarely do they have access to previous work samples. The ability to regulate the flow of information, reduce needless delays in feedback and provide adequate buffers to innovation is the job of leaders, yet this is not how they are trained.

2. Rules and the Ability to Self-Organize

The power is in the rules, they are the interconnections in the systems. If you want to change a system you need to begin by looking at the rules and asking who they serve. In colleges, most rules are created with teachers and administrators in mind, not the students. The rules centralize power and over time we grow to believe they are immutable. Try to explain the massive over emphasis of a compulsory core; why on a college campus do undergraduates not interact with graduate students; why has student advising devolved into course selection? Examine the rules and it is obvious what the school system values, who it serves and where the power is stored. All of this power inhibits a systems natural inclination to organize itself. Colleges need to encourage variability, experimentation and diversity. The fact that a school system wipes out all cultural and social diversity is the clearest indication that it has stunted the system’s ability to self-organize and gain resilience.

The goal of education would appear to be passing on academic competency—and this is a noble cause. Yet, there is a sense that we are failing in this mission, hence the constant push to reform the higher education system. But if you want to change the outcome of a system and if changing the rules fails to move the needle, consider changing the goal. What if the goal of the education system revolved around a definition of student wellness? This is a far different purpose than one of academic competency. It would generate a new set of rules and eventually result in new elements to meet the purpose. Transformational leaders change systems at the level of purpose and support new interconnections while buffering the system from elements that wish to return the system to its historical mission. Paradigms are the sources of systems. They are the way that we see the world. We have a paradigm that growth is good, that property can be owned, or that competition drives innovation. From these paradigms, systems emerge that support these notions; investments are incentivized, legal frameworks are developed, and markets are regulated. On an individual level, paradigms can be changed. My paradigm was changed simply by reading Ms. Meadow’s book. However, changing paradigms on a societal level can be much more difficult to achieve. Societies resist changes to their paradigms harder than they resist anything else.

The Potential for Systems Thinking

What would happen if we were to make people aware of the fundamental properties of systems as a priority? If we made them optimistic about the resilience and organizing principles systems contain. If they understood and could pay attention to feedback loops. If we live in a systems world, let’s acknowledge it and work within these frameworks to create change.

As Carl Jung suggests, every conceptual achievement of mankind has been the result of an increase in self-awareness. By understanding systems and capturing their inherent value, maybe there is hope for higher education reform. I would argue that a true systems-based approach has never been attempted. 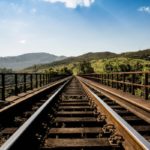 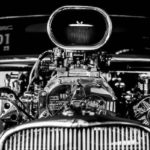