While eager for our two universities to grow our research enterprise—connecting disciplines, faculty and students who might otherwise never meet—Maryland lawmakers leveled their focus more squarely on what we do with the research we produce. What emerged from our legislative session was a law that redraws the universities’ obligation to drive economic development in Maryland, and the state’s obligation to help us do exactly that.

Of course, the idea of research universities as economic engines is nothing new. Maryland has long looked to UMB and UMCP for economic development. Together, we educate 45,000 students and attract more than $1 billion in research funding. Either fact makes us a prime driver of growth. Nor is it new that lawmakers want the two universities to combine strengths for an even bigger impact on the state’s economy than we could have separately: A bill sponsored five years earlier in the Maryland legislature ultimately resulted in a university system-led effort to amplify cross-university collaboration in education, research and technology commercialization.

Still, the fact remains that while Maryland ranks third among states in workers with advanced degrees and first among states in the dollar value of the research we conduct, Maryland is 37th in job growth over the last decade and 26th in the growth of university-affiliated startups. The state isn’t converting its competitive advantage into the metrics that matter most: jobs and companies.

The University of Maryland Strategic Partnership Act puts state money into initiatives that will create both. An economic and entrepreneurship development center on the College Park campus will advance education and research in key areas of strength, where job growth is vigorous and entrepreneurial potential is high: neuroscience, virtual and augmented reality, biomedical devices, data analytics, and cybersecurity. Importantly, these are disciplines already benefiting from tight collaboration between UMCP and UMB. Moving students from classroom to incubator to startup, the center will give budding entrepreneurs a compelling reason to stay in Maryland after they graduate, to continue building and innovating these sectors in-state instead of taking their talents to tech-friendly cities across the country that invest in incentives to woo them.

The Act establishes and funds a separate center on the UMB campus to promote the commercialization of university discoveries—not just UMB discoveries, but UMCP discoveries, and discoveries coming out the system’s 10 additional institutions. The center will provide grants to faculty whose research has high commercialization potential and will support startups with the staff, equipment and facilities they need to develop and grow.

Years ago, UMB and UMCP connected their tech-transfer operations. Faculty members with a proven track record in commercialization began working between the two universities, finding ideas with market potential and linking up the people who could further develop them. Together, we expanded licensing staff; we provided seed funding for promising ventures; we aggressively marketed innovations to industry. And every tech-transfer indicator jumped: Invention disclosures climbed 60 percent in five years, licenses doubled, startups quadrupled. Relying on this same collaboration, but now with a physical space dedicated to moving ideas out of the lab and into the marketplace, we can build on this success.

A separate pool of state money will be used to offer incentives that persuade university-affiliated startups from across the state to locate in Baltimore City. It will be a critical driver of growth in and around UMB’s research and technology park, expanding what is already the city’s biggest innovation district of early-stage bioscience and technology companies.

This is critical. UMB’s research park is located in West Baltimore, where poverty is endemic and systematic disinvestment over decades has isolated neighborhoods and decimated families. As West Baltimore’s biggest anchor institution, UMB has an obligation to this community: to create and attract good jobs for the local population; to stimulate diverse development, as the best technology parks do—housing, restaurants, retail; and to do the work of revitalization by lifting our neighbors up, not moving them out.

The Strategic Partnership Act certainly isn’t the state’s first time putting its own skin into this university-driven economic development game. A few years ago, the legislature approved tax credits for businesses locating near Maryland universities. The state now provides an endowment match to attract university faculty who are working with agencies and companies to commercialize their research. A bill passed this year allows Maryland’s technology development agency to offer universities equity financing to commercialize their intellectual property.

Maryland’s university system, too, is taking on a bigger role in economic development. The system has established an investment fund for companies affiliated with its institutions. While former investment funds were under-resourced and applied only to companies that licensed university IP, the new fund is available, as well, to companies founded by faculty, or students, or recent graduates, and to any company located in a university research park.

Building an innovation economy that works for everyone isn’t easy. And Maryland still has much more to do. But nurturing the creativity that exists in abundance within the state is a good place to start. Helping universities create the companies that fuel prosperity, while developing the workforce that runs them, is a solid path to growth. 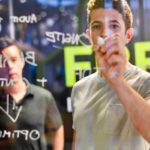 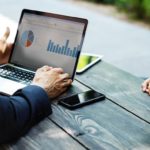 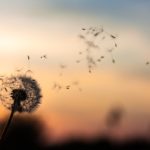