International branch campuses (IBCs) are risky propositions. As a pure educational start-up, they have many inherent challenges. They lack brand recognition in their new market. Their value proposition has no local or national reputation to rely on. They are entering a market that typically has long-established competitors with deep community roots, and they are geographically removed from the main campus where policy decisions about the IBC are made—frequently without consultation.

According to a 2016 article in EAIE Forum [1], the international branch campus is far from a safe bet. Many, in fact most, of these ventures eventually close. A sustained effort in a foreign country can be a mountain too high to climb for many universities. Yet some schools find success and in that success comes many benefits for the institution, the student and the local economy that plays host to the new campus. Recent findings of a survey conducted by the Observatory on Borderless Education and the Cross-Border Education Research team at SUNY Albany and Penn State University identified a number of success factors that contributed to the long-term health of several mature IBCs [2]. These include some obvious factors (such as hiring of local faculty and staff) and some not so obvious factors (such as locating the campus in an educational hub).

In June 2016, I stepped down from my academic dean’s role at Northeastern University to open and establish the school’s newest campus in Toronto, Canada. As a seasoned university administrator, I entered a world that was amazingly stimulating yet relied on a skill set not used often by academic administrators. For some of these challenges, I felt completely prepared and confident; for other challenges, I was a toddler needing to learn how to walk upright.

In the planning phase of the campus, we got many things right. Toronto, Ontario is the world’s most diverse cultural city. The citizenry, almost 50 percent of whom were born outside of Canada, see education as a vital and important element to upward mobility. It is a vibrant and world-class educational hub. Canadian universities still enjoy public funding and hold an element of cultural and societal respect that has been greatly eroded in the U.S. market. Our credentials and educational platform were mapped to the talent needs of the local economy. Toronto is Canada’s economic powerhouse and has become the second largest tech start-up center in North America outside of Silicon Valley. We hired local staff and contractors to help us out and eventually we decided that the Toronto dean should be a resident of the city rather than an academic transplant. Finally, we focused our brand on the employability factor of our students and our unique experiential learning model. All of these factors were and continue to be huge strengths to the venture.

There were a number of items, however, that we misjudged. Toronto was not our first off-site location: Northeastern had, over the previous five years, opened campuses in Charlotte, Seattle and Silicon Valley. After having opened three campuses, we had learned a thing or two along the way. We understood many of the regulatory and accreditation nuances of programs both in various US states as well as in other areas of the world. We had launched transnational degree programs in Hong Kong, Vietnam and Australia, so we understood and anticipated many of our regulatory hurdles. The province of Ontario’s regulatory system was well articulated and very transparent, yet the regulatory environment proved to be more time-consuming and political than what we had accounted for.

There was also a suite of issues that, on the surface, appeared routine and transactional, but which ended up absorbing enormous amounts of time and energy. For example, to ensure maximum mobility of all Northeastern students, regardless of their campus locations, we made a policy decision to maintain all academic records on one unified student information system. Yet our student information system, which drove our billing system, was predicated on a single currency. Canadian students paying in Canadian dollars would need to adjust their payments periodically to accommodate currency fluctuations. This wasn’t exactly the student experience we had assumed.

Professionally, stretching and learning new skills is always a wise move. For example, reaching out to the employer community to understand their talent needs and learning what makes a new educational market tick was very stimulating and refreshing. As an academic dean, I rarely had enough time or bandwidth to deeply understand these issues at the degree and program level. Yet, there were many hours and days spent on less stimulating items. Previewing site locations with real estate agents. I got very good at reading regulatory and accreditation rules. Finally, I had to answer the same fundamental question over and over again: Why was Northeastern in Toronto?

There are many signs of future success for our venture in Toronto. The campus and its new leadership are focused on making the campus a vibrant addition to the city. It is and is becoming Northeastern-Toronto and not simply a “mini-me” of Northeastern-Boston. Two years on now and the campus is open, the Canadian staff is in place and a new permanent dean (a Torontonian!) is in charge. Several weeks ago, Northeastern conferred its first degree in a new country! We’re off and running!

As I transition back to my academic teaching and life in the States, I look upon this experience as a professional gift rarely given in higher education. The culture of start-up life has its glamor and excitement, but it also challenges you in ways you can’t be prepared for. In the end, it was simultaneously thrilling and humbling. 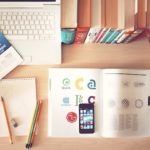 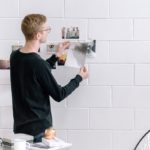 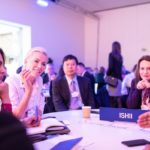 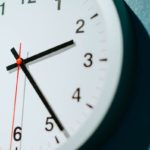