Veterans Accessibility Set To Be Expanded

EvoLLLution NewsWire
“It has come to our attention that many veterans choosing to pursue higher education are actually becoming victims of institutions that fail to fulfill their obligations to educate veterans eligible for the Post-9/11 GI Bill,” wrote the VFW and the Association of Private Sector Colleges and Universities in a letter sent to President Obama last month, co-signed by numerous other groups.

The Chronicle of Higher Education’s Kelly Field reported that on Thursday, lawmakers in the House of Representatives took up three bills aiming to expand veteran education benefits for out-of-state students attending public colleges and would provide all recipients more information regarding their learning options.

The President of the University of the District of Columbia Allen L. Sessoms told the subcommittee that the high unemployment rate affecting veterans was extra incentive to allow veterans the means to pursue further education.

According to Field, the Congressional Budget Office estimated that between 25,000 and 35,000 currently pay out-of-state tuition at public colleges. With the passage of the bill, these many thousand veterans would have access to the same maximum benefit as veterans attending private institutions.

There are a few problems with the proposed bills, according to the Department of Veterans Affairs Undersecretary for Economic Opportunities Curtis L. Coy. Coy questioned whether the changes would add an unnecessary level of complexity to the program, driving up costs. He also wondered about the process of evaluating institutions, questioning the use of metrics such as graduation rates. 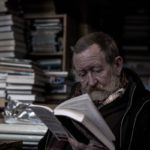