EvoLLLution NewsWire
Last week, the Courier-Journal’s Chris Kenning reported that there has been a massive increase in the number of active servicepeople enrolling in higher education. From almost no enrollments at the beginning of the decade, 2011 saw nearly 35,000 soldiers pursuing coursework. Further, given the increases in tuition assistance and the expansion of online learning opportunities, distance and online enrollments have captured 78 percent of the soldier market, according to Fort Knox’s Army Human Resources Command.

“If we can do it here in Afghanistan … then anyone can do it,” Spc. Andrea Muresan told the Courier-Journal, after receiving her degree under a camouflage canopy in Afghanistan.

This is a positive development given the unemployment of Iraq- and Afghanistan-era veterans is 12.7 percent, compared to a national average of 8.2 percent.

“When I got off work, there was nothing to do but study and work out. You might as well take advantage of it,” said Sgt. Ashley Branson, a full-time member of the Kentucky National Guard who took criminal justice courses while stationed at Bagram Airbase from 2010-2011.

Tuition benefits for soldiers and benefits have changed drastically in recent years. In 2003, the Department of Defense increased its tuition benefits to $250/hour, a $63/hour increase that covers full tuition for most institutions.

More than that, there has been a boom in the number of institutions offering learning opportunities to soldiers; from a few dozen at the dawn of the 2000s to well over 2,600 today. 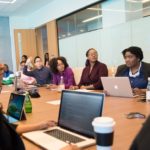 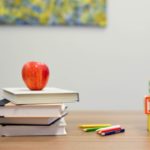 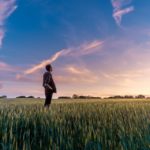