Increasing numbers of military personnel—both active service members and veterans—are enrolling in postsecondary programs across the United States every year. These students bring with them significant amounts of training and experience, but often find that their experience goes unrecognized by colleges and universities. As a result, they wind up re-learning significant amounts of content and taking longer to earn their credentials. Margherita (Margie) Clark and Marvin Helmker reflect on the Military Medic to Paramedic (MM2P) program they launched to help accelerate military medics towards a certificate as a civilian paramedic that stacks toward a nursing associate’s degree, and share some of the lessons they learned in developing this unique and nationally recognized program.

The EvoLLLution (Evo): Why did you decide it was important to explore options that would help you fast-track military medics toward their paramedical certifications?

Margherita Clark (MC): I’ve been here with the college full-time since 2000, where I started as the nursing program director. In that role, I would review student files and transcripts, and I remember one particular student that I worked with who was a military medic. I was reviewing his transcripts and his file, and I was intrigued with all the courses that he took in the military. I looked at our transcripts at the college and the gentleman received no credit for those courses, and I thought it was odd that there was no crossover. He had taken courses that has incredibly relevant titles, like “Nursing Care of Post-Op Patients,” which could well have been lifted right out of the curriculum here at LCC. I was new at the time, but thought it was odd that we were not awarding college credit to these kinds of individuals for their educational experience in the military.

We began looking at the courses prospective students had taken in the military, listed in their military discharge papers (or DD214 documents), to go beyond the coursework and understand where we could place these incoming students with relevant military experience. We realized there were a number of similarities not just in nursing, but also the paramedic program.

I learned from this experience that every school needs to make the decision about how military education gets transferred into their institution. Every school would be evaluating each of those DD214’s to determine what fits into their institution. This seemed a little bit backwards because I thought that if the military knew the content, they should be able to get it vetted through a higher education system. We started investigating and started looking into how do we do it at LCC. During that process we realized that military students with relevant experience—but not necessarily perfect matches between their military courses and our curriculum—were given general credit but not specific credits for specific offerings. It was important for us to take a deeper dive into this, and that’s what started this work.

Evo: How can the military take a more active role in helping service members get on track to a postsecondary credential before they leave the Forces?

We developed a program, we invested, we had to hire individuals to start looking at the curricula and the crosswalks and, ultimately, creating the links between the military training and the paramedic program. As it turned out, 40 to 60 percent of three or four branches of military education mapped to the paramedic program. This means that the paramedics, once they completed their programs, could leverage their paramedic license to bypass the first year of a two-year nursing program if they wanted to continue their education. We showed the military medics that this was a pathway they could come back to over time—it doesn’t require them to be in school for four years. This stackable model allows them to get incremental credentials that allow them to go into the workplace, then return to further their education.

When we presented to the Joining Forces Initiative, which was a White House initiative under the Obama Administration aimed at preparing service members, veterans and their families for their next careers, we shared with them that military leaders need to engage with the soldier when they come into the military to help them choose the field that they want to study and be a soldier in. That’s when they need to connect these service members with career services because they will have a pathway in mind while they’re in the military. If they begin to pursue certain educational pathways while still in the service, they can use special funds that aren’t part of their G.I. Benefit to get further education and can connect with schools to enroll in programs that complement the track they’re on. Folks shouldn’t wait until they leave the military to begin thinking about life after service. They need to start making the connection early.

Our second recommendation to the Joining Forces Initiative was that they needed to have service members earn every licensure that was available while they trained them in the military, because not doing so is a missed opportunity. It’s low-cost and it’s important to have soldiers earn these credentials before they leave. That way, when they have a license or a certification that can transfer into college credit, they can advance more quickly toward a degree. We have that in our field—if you have a license as a paramedic, you earn the credits equivalent to the first year of our nursing program.

Evo: What are a few of the lessons you and your colleagues learned over the course of delivering this program?

MC: We have learned some great lessons over the course of running this program. The first one was from our first cohort. When we first launched the program, we did not have a competency evaluation in place. We found that not everybody who came into the program had the same level of experience or knowledge.

Marvin Helmker (MH): There is a wide variety of backgrounds and experiences under the big umbrella of the military medic title. We get people, for example, who have literally come here directly from the battlefield in Afghanistan or Iraq. We have discharged military medics with combat experience, who have been treating battlefield casualties. We also have military medics who were stationed stateside to a clinic or hospital, where they’re looking at sore throats all day. So one of the challenges has been taking this group of people, all of whom are military medics but with diverse experience, and get them on the same page.

MC: So we added a competency evaluation that measured what we would expect of an EMT that comes into our paramedic program with a licence or a certification, to ensure everyone had the same baseline. We also created a 150-question cognitive exam as part of the admission process, and finally, there was an interview that helped us truly assess their competency, experience and accomplishments.

MH: Another challenge we’ve discovered along the way is in civilian paramedicine, we treat people of all ages from birth to death. In the military, they don’t see pediatric patients—there’s nobody under 18 years old that is in the military, and generally they’re treating people of military age, which runs from 18 to 50 years old. They’re not treating pediatric patients, nor do they have experience with geriatric patients. There are some specific conditions that come with each of those age groups that people in the military would not have come across in their military training or experience. So we have learned that we really need to focus on those patient populations that a military medic will not have seen in the past. Generally, the people that they see in the military are young, healthy people. They don’t see folks that have heart conditions, who have had a hip replaced or who have pediatric asthma. We need to go a step further in their training to get a little more in depth in what they’ll see in the civilian population.

Evo: What has the student and faculty response been to the MM2P?

MC: The students that come here are happy because, in comparison with our traditional 11-month paramedic program, the military program is typically about seven to eight months. That variation comes from the fact that every program we’ve done and every cohort we’ve worked with has needed a few tweaks. Ultimately, we’re saving our military students three to four months of time by giving them credit for their experiential learning. The students appreciate that effort. This also means, however, that the program is very fast-paced. Because we’re accepting experiential learning, we expect students to come here and hit the ground running and for some students that’s a challenge. We do our best to keep the group together and the students really help each other out in keeping pace through the program.

The faculty appreciate the program as well. We have the same faculty teaching the military program who teach the traditional program, so they really are cross-trained in that respect. They see different types of students in each program, and they can identify and adapt to different challenges in each program and each cohort. 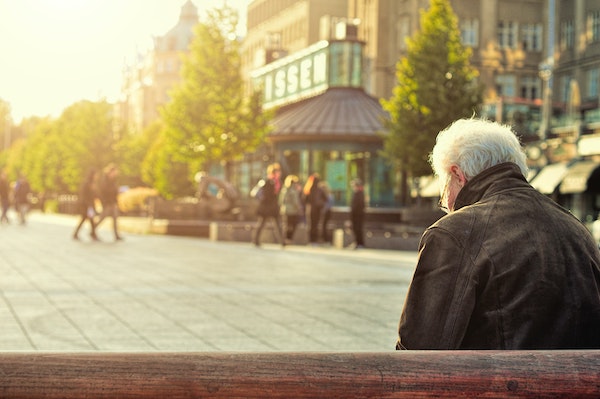 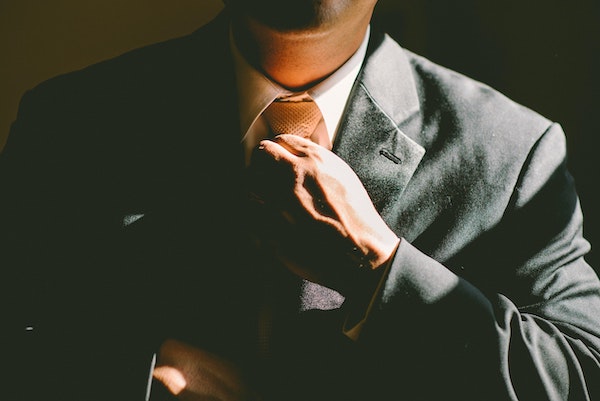 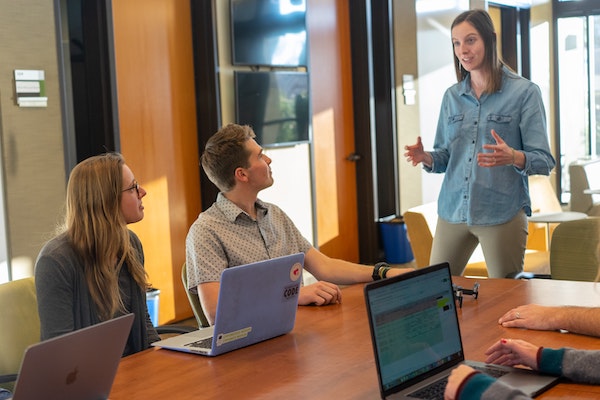