Want Some MOOC With Your TV Dinner? (Part 1)

If you grew up in the 1960s and 70s, you likely remember those TV dinner nights when your parents were out or when there was nothing else in the fridge. You just heated it up and you were done. You know the one: you get a slab of meat, some diced-up potatoes, a side tray with an assorted mix of carrots, corn and peas and, perhaps, another tray with rice or gravy. Bland, but still passable as a meal.

At that time, distance education was pretty bland as well. Distance learners tended to put up with what was served. If you wanted to learn outside of the traditional school walls, there were fairly expensive encyclopedias as well as TV courses, satellite-delivered programs, correspondence courses and books on tape. There was also the local library. Suffice to say, those in the workforce seeking to update their skills or find a new career path had few learning options.

As a former CPA and corporate controller who found himself totally bored with that occupation in the early 1980s, I remember the harsh realities of the day. At the time, I took TV and correspondence courses to break out of the cube farms and qualify for graduate school in educational psychology at the University of Wisconsin. Realistically, those were my only choices. As with the packaging of TV dinners, such courses had prescribed curricula and activities with no real alternatives as to the learning path. You ate what was served. Keep in mind that the University of Wisconsin System eCampus would not come into existence for another couple of decades. And the highly innovative UW Flexible Option degree program was not even a dream.

To make matters worse, there were typically no other learners you knew whom you could socialize with about your learning via TV or correspondence. You were on your own. There was no Facebook. No Twitter. No Ning. No Open Study. And no Socialtext, Subtext, LinkedIn, Yammer or Wikispaces either. You faced every learning challenge by yourself. There might be some hint of personalization and interaction with the person assessing your work, but that was it. I was quite fortunate, in fact, to have Dr. Robert Clasen from the University of Wisconsin Extension marking many of my papers and interacting with me via mail. Bob still offers me scholarly advice and a wealth of warmth and encouragement today, even though he retired from the UW System well over a decade ago. However, few TV dinner-learners were so lucky.

Despite the limited social interaction, those TV and correspondence courses I took back in 1984 and 1985 changed my life. Undoubtedly, such educational courses on TV, as well as those transacted entirely through the mail, changed the lives of millions of people around the world. But think about TV viewing back then: you had perhaps four or five stations to select from. There were few learning or entertainment options as you sat there with your TV dinner.

Let’s assume that your TV had a special red button with a safety switch that you could push to transport yourself to another time period and you decided to leap nearly 30 years ahead to 2012. If you knew how to use the funky remote found near the 60” flat-screened TV where you landed, you would immediately experience so many channels and learning options that your head would spin. History channels, life channels, travel channels, cooking channels and an endless array of movie, entertainment and sports options from around the planet.

At the Learning 2012 conference in Orlando this past October, conference host Elliott Masie from the Masie Center in Saratoga Springs, NY, asked an audience of 1,600 corporate training managers, learning directors and instructional designers to reflect on this massive shift from prescribed content and limited choices to an age where you can select whatever you want at a time most convenient for you. He attempted to connect the personalized choices of modern TV viewing to the world of open education on the Internet. This was one of the key themes of the conference. However, it certainly is not just a question for those in the corporate world. Reflecting on this theme should help broaden views of higher education instructors and administrators, as well as learners who are new to this wondrous world of open education.

Enter MOOCs, or massive open online courses. I taught a professional development type of MOOC back in May 2012 on how to teach online that was called, “Instructional Ideas and Technology Tools for Online Success.” It was sponsored by the course management company Blackboard. As a result of this unique teaching experience, I now have new friends from Italy, Australia, South Africa, Belgium, the United States and elsewhere. And so do the participants who were active in the course. Teaching a course to fellow instructors from around the globe on how to teach online was perhaps the ultimate life experience for a professor. Given that this was a “reusable” MOOC, the course remains free and open to the world. More than 4,000 people have participated in it to date.

Compared to others, however, this was a small MOOC. A MOOC on “Designing a New Learning Environment,” offered this past fall semester by my friend Paul Kim at Stanford University, had more than 18,800 enrolled. What Kim found amazing was that active participants included those with limited Internet access from places like Pakistan, Rwanda, Uganda, Zambia and Zanzibar. Even more remarkable were the 270 self-directed teams that formed to work on their course projects and share ideas. Some of these groups were local, such as those from a single school district working on a significant learning problem or strategic planning issue, whereas many other teams were global in nature. More impressively, on December 20, 2012, those with the top 20 peer-rated learning designs presented their final projects to the others in the course as well as to interested onlookers in the Silicon Valley with the potential for seed funding. Did that catch your attention? If so, Paul Kim will do this course again starting in March 2013. Just check out the Stanford Venture Lab for details.

During the past year, I also monitored a MOOC from Chuck Severance at the University of Michigan on the “Internet History, Technology, and Security.” This MOOC was taught through Coursera and ended in late September with more than 40,000 participants. This course has received international attention for its use of peer grading as well as for the high-end videos used that Severance previously produced for a national TV talk show about the Internet. Importantly, Severance reached out to his participants with personal visits to many of them in the United States and around the globe. Interested in such a unique experience? If so, you can sign up for the second iteration of this course in March 1, 2013.

Check back next week for the conclusion of this series. 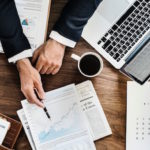 The Science of Digital Growth: Exploring Best Practices in Online Programming and Innovation 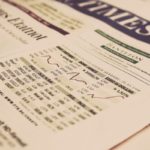 What We Learned from 2U’s Earnings Call 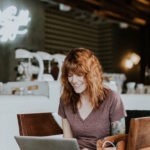 From First Steps to Next Steps: The Online First Year Experience (OFYE) (Part 1) 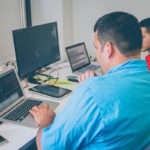 The $10,000 Degree and the Growth of Online Education at Fayetteville State University

Your example of Paul Kim’s class demonstrates that MOOCs are as good as the effort that’s put into them. Within a MOOC, you can have engaged participants, like those who joined one of the 270 self-directed working groups while completing the course. At the same time, there will be those who choose not to participate; it’s always a mixed bag. It’s important not to let a successful iteration of a MOOC deflect our attention from the fact that this is still an untested mode of delivery.

I don’t think the author was making a definitive statement either way about the MOOC. He simply described the ways MOOCs have been used and their potential. On that note, what I would like to see is more discussion on how to channel that potential into positive outcomes for MOOC designers and learners.

There’s been a lot of chatter about what MOOCs can do, but not much on what they have done or will do. What are some ways educators and learners alike can take advantage of huge enrollment numbers, having learners from around the world, or access to cutting-edge technology? Let’s see those discussions.

Thanks James and Cindy. There will be more details on Paul and especially Chuck’s MOOC course in Part 2 and more on MOOCs in general. My article was focused more on the fact that lives change with any form of distance learning (even when poorly constructed). Radio, audiotapes, videotapes, TV, correspondence, and now MOOCs.

I think we should try to improve the instruction and have written several books on online pedagogy (http://worldisopen.com/bookshelf.php). Happy to share chapters of my current book project on motivation and retention (It will have 100+ activities in it). I plan to give this book away. Just write to me (cjbonk at indiana. edu).

For those who are interested in the types of MOOCs (22 types), some teaching about MOOCs (20 tips), leadership principles with MOOCs (20 principles), business plans of MOOCs (13 bus plans), etc., see the talk I gave at Aston U in Birmingham, UK a few weeks ago. They recorded it in 4 parts. See below for links to that talk.

p.s. They posted the video from my talk on MOOCs in 4 parts. Pretty good audio and video.

I was also at the Learning 2012 conference and I found it particularly interesting when Masie talked about the way we learn today. For example, if you need to know something, you expect to be able to find the answer quickly by sourcing it from social media. You place certain expectations on the speed with which information can be retrieved and on its accuracy (e.g. if it’s from one blogger, it’s questionable; if 10 websites are claiming it, it’s true). These changing expectations in our culture are driving some of the higher education changes we see, so I think it’s really interesting to look at that connection when we study new education models.

Excellent points Quincy. We sorta crowdsource our findings today. If enough sources list an answer (such as when I look up whether to capitilize a word or not or place a hyphen in it or even how to spell it), then you have more confidence in your word usage. But a better source is Merriam-Webster’s dictionary online (hope I spelled that correctly) or some other known source. I try to explore them all before making an educated decision. Of course, many of us search for answers on the Web that are much more important than word spelling or usage. Our criteria may change then in terms of quality.

Hope you had a great time at Learning 2012 in Orlando. I did.