MOOCs Likely to Be Integrated into Traditional University Programming

The expansion of Massive Open Online Courses (MOOCs) internationally poses more starkly the question of whether we are seeing the start of a disruption of higher education by the elite universities. The question posed by the growth of edX and Coursera, two MOOC providers, is whether there is a bifurcated future for higher education: an intact, face-to-face model at top-tier universities, a mid-tier that incorporates distance learning to an ever-larger degree and a rough ride for the for-profit sector that combines significant tuition costs with poor student outcomes. (Community colleges are really outside the scope of this piece. They are special institutions from the standpoint of workforce development, convenience and low cost.)

While MOOCs today have an iron grip on the attention of the media and the political class, the past is littered with promising startups that received similar attention. UNext, for example, was a commercial entity formed in 1999 by a consortium of the University of Chicago, Columbia University Business School, Stanford University and the London School of Economics. Its goal was to provide fully accredited, world-class online business degrees. Its advisory board had two Nobel Laureates. And it had its first customer in IBM Global Services:

“UNext.com is so interesting because it creates a consortium of world-class universities, enabling each of them to participate in a comprehensive, online educational program without having to take the financial risk of making such large investments.” – former Provost Geoffrey Stone, Columbia University.[1]

Without going into the particulars of its collapse, UNext.com represented three new trends, the first two of which have proved to be enduring and the third of which was clearly part of its demise:

Only a few years after the launch of UNext, MIT announced its OpenCourseWare initiative, which signaled the advent of free content with global reach. The polar opposite of UNext, MIT noted it was going against the grain of “current material values.” Then-President Charles Vest described it this way:

“OpenCourseWare looks counter-intuitive in a market driven world. [But] it expresses our belief in the way education can be advanced – by constantly widening access to information and by inspiring others to participate. Simply put, OpenCourseWare is a natural marriage of American higher education and the capabilities of the World Wide Web.” [2]

This initiative, like its predecessor, was based on the recognition that the internet had fundamentally changed the cost equation for dissemination of high-quality course materials. The marginal cost of production and distribution of course materials for millions of non-matriculated learners had sunk to close to zero, while adopters, at least the early ones, accrued significant institutional and reputational benefits.

In the past decade, we have seen the rise of social networking, big data, free content and university consortia led by top schools (eg. the OpenCourseWare Consortium). Now, let’s ask where these digital and organizational trends are likely to take us in the future: toward a “disruption” of higher education or a continued evolution toward incorporation of digital technologies and global networks?

The reality is that universities are both very easy and very hard to replicate. We see countries across the globe expanding higher education as rapidly as they can as a matter of economic development. The discussion around the “disruption” of higher education somehow ignores this tremendous growth. Just as parents will be reluctant to send their 18-year-olds to a purely digital institution, ministries of education will continue to bank on the improvement of their higher education systems through the use of the traditional face-to-face institutions combined with rapid expansion of higher education through online education.

In the future, it is more likely that MOOCs will be assimilated as a useful tool in the distance learning landscape, in the same way open content has been. But there are other technologies that will also support scaling, such as (1) software for evaluating essays using rubrics, (2) adaptive learning software that remediates gaps in prior learning, (3) gaming software and (4) digital replacements for textbooks that adhere to research-based pedagogical practices. There are commercial enterprises, from textbook publishers to startups, already working in these areas.

But the issue remains one of a bifurcated future in which elite universities prove themselves to be more resilient than imagined. They will retain their advantage of selectivity to maintain engaged communities of learners, researchers and scholars. It is the lowest tier that will struggle mightily. They will certainly adopt new technologies as a mechanism to stay relevant, but they will become increasingly undifferentiated, taking advantage of the same content and the same tools and technologies. For these institutions, whether they are able to use technologies to achieve better outcomes for their students – from graduation rates to career success – will increasingly determine their shot at survival.

[1] “University one of four elite institutions to join UNext.com,” The University of Chicago Chronicle, July 15, 1999, retrieved from http://chronicle.uchicago.edu/990715/unext.shtml 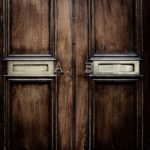 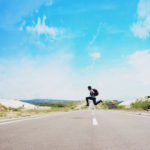 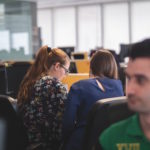 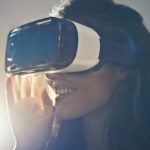 Reality Education: Virtually the Future of Online and Distance Education

Online learning, and particularly MOOCs, may be the answer to the challenge Cooperman identifies near the end of his piece. I agree that an issue facing smaller institutions is that they are increasingly undifferentiated. Perhaps this is an opportunity for them to partner and jointly deliver generalized curricula where appropriate. For example, MOOCs could be a delivery mechanism for first-year courses that would count for credits at each of the participating institutions. In upper-level courses, institutions might look to specialize and differentiate from each other. This could help institutions maximize their already-limited resources while also addressing the issue of institutions becoming more alike.

My advice for smaller institutions is to be patient and not to be too quick to listen to the hype surrounding new technologies. There is a lot of pressure to adopt them, particularly when the elite universities are seen to be doing so (think edX), but it is important to recognize that they have the resources and, thus, the ability to take risks that smaller institutions don’t. Cooperman correctly points out that there have been other potentially groundbreaking startups that flopped. Make sure you’re not pulled down by one of them.