The Disruptive Power of Online Learning in Higher Education

The following Q&A is with Michael Horn, co-founder and executive director of the Innosight Institute and disruptive higher education thought leader. Horn co-authored the book “Disrupting Class: How Disruptive Innovation Will Change the Way the World Learns” with Clayton Christensen and Curtis Johnson in 2008. In the interview, Horn discusses the explosion of online learning options, their potential to disrupt the foundations of higher education and the innovative models colleges and universities are developing to make higher education more accessible.

To listen to The EvoLLLution’s interview with Michael Horn through your computer’s media player, please click here.

AA: Just as a brief refresher, how do you define disruptive higher education?

MH: I think it helps first to just explain what we mean by disruptive innovation in general, and then move into the higher education realm. The term disruptive innovation means an innovation that transforms a sector characterized by products or services that were expensive, complicated, hard to use, inconvenient and deeply centralized into one that’s far more affordable, convenient, accessible, simple and way more decentralized.

When we think about applying this term to higher education, that’s just what we mean; offerings powered by technology that are far more accessible, decentralized, simple-to-use and affordable that give many, many more people access to them than was the case before.

AA: Online learning options have absolutely exploded in terms of availability in the past year, with schools like Harvard and MIT offering MOOCs and even credentials. How will this new availability of online higher education impact accessibility for adults and other non-traditional students?

MH: It’s huge right now. Just watching the explosion in even just the last six months has been breathtaking. From… the EdX initiative between MIT and Harvard but then Stanford with professors pairing with Udacity and Coursera, there’s Udemy and on and on and on.

The number of offerings is just exploding and the access that that gives students around the world, whether they’re adults, non-traditional learners, people that just need a little extra skill to advance in their careers for whom higher education didn’t make any sense; it was too expensive, centralized, inaccessible and inconvenient. This is just a huge disruptive innovation that really makes learning ubiquitous around the world. Probably the only thing holding it back in some cases is the device for broadband accessibility and we know that disruption is also causing those things to go down in price over time such that I think in another 10 years or so… high quality learning opportunities will basically be ubiquitous around the world.

AA: Do you think those high quality learning opportunities are coming more from institutions or vendors?

MH: We’re seeing a big mix, is the answer. I’m encouraged that existing institutions are starting to see it and get into it. …

What seems pretty clear is that the traditional leading institutions in any field tend not to see the disruptive innovations in any field; they tend to laugh at it and ignore it, and then by the time it’s too late it sort of upends the world and they get upended by it. I think it’s encouraging to see some dominant institutions jump in.

The critical question I think for them is, will existing institutions diving into this really treat it as an autonomous business model where they really allow it to come up with a sustainable revenue stream that makes it scalable and sustainable and able to improve over time? That’s the critical question. If they hold it too close to the vest and make it look a lot like what they already offer and always frame things in terms of “Well, is this is going to hurt our traditional offering?”, as Steve Jobs has been quoted as saying “If someone’s going to disrupt us, it might as well be us.” That’s the attitude existing institutions need to have when going into this new world.

As a result, we’re seeing a lot of new institutions jump in as well, it’s interesting to note that Udacity and Coursera—while created by people from Stanford, are not Stanford-owned creations—they’re autonomous. The Khan Academy is an entrant institution. Some of the more exciting ones that aren’t necessarily MOOCs but are utilizing MOOCs to create low-cost universities like UniversityNow, for example, are start-up organizations doing really interesting things.

I think the answer is that we don’t know, but there are some tell-tale signs along the way that we can keep our eye out for.

AA: What must institutions do to ensure these movements can be sustained over the long term?

MH: The critical thing is that whenever you see disruptive innovation is it’s not the technology that counts. You need that, but you also need it to be ensconced in a business model that allows you to bring in revenue to support the processes and resources to deliver on that value proposition.

So we’re seeing a lot of experimentation right now and I think the short answer is that we don’t know what will actually work, but we’re seeing some neat things. Udacity is trying to make money off of it by basically being a referral service for employers. When they see someone talented going through their course they can identify that person and then connect them to a potential employer. I think that’s really ingenious and a really interesting way to go about it and in some ways really understands who the end customer is and what the purpose is for taking the course.

EdX is taking a different route where they are planning to have anyone be able to take the courses for free, and then if you want the credential you would pay a small fee for it. I think that could be a very productive path as well.

I think what may be interesting is—I mentioned UniversityNow a few moments ago, which is a low-cost university that’s come out recently, $199/month for as many courses as you can take, it’s accredited regionally and so forth now. What I think will be interesting about them is that a lot of their courses, because they will be competency-based learning, where they just take the best courses from MIT and Harvard and Stanford and so forth… and mash them up in this really low-cost way, and then give a credential with them. I think that will be a really interesting business model also that both creates low-cost access to learning but then also may create a revenue stream for some of these sources over time as well to make them sustainable.

AA: How do you see MOOCs and other online options helping institutions expand their reach into the corporate realm?

MH: I think it’s a big part of it. If you actually look at what’s happened over the last 20 years or so in corporate learning is that the corporations have developed universities themselves because what they’ve seen is that traditional universities just aren’t doing a good job of either training entering employees for the workforce or for giving them ongoing professional development.

For a long time, your only option was to spend maybe a hundred thousand dollars to send an employee to an executive education program which quite frankly isn’t the best use of dollars and it’s not the most relevant thing for your business.

But… I think it’s inarguable that [corporations] would love to outsource that work. They don’t see their core as training or education, per se, even though places like Google EDU and Crotonville [the GE learning center] and Motorola University invest a lot in it and know a lot about it, if they could start to modularize that world and allow someone else to do it, it would make everyone’s lives a lot easier; give it to the experts who do learning really well and make it more affordable for the corporations. I think the online learning that’s coming out… could be enormous in powering a lot of these corporate universities or in some cases replacing them.

AA: Do you have any final thoughts?

MH: A final thought would just be that it’s a tremendously exiting time right now. I don’t think we should say that all these things will work per se, to your question about sustainability. I think some of them will fail and that’s probably good and natural. The critical thing really is that we’re seeing some good experimentation and I think that while it will be challenging for many existing institutions, and many of them maybe won’t be able to adapt, I think for the overall good of humanity it’ll be a great thing. It’s really been an exciting time and in some ways coming a lot faster than a lot of people thought it would. 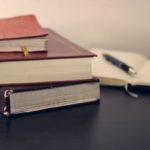 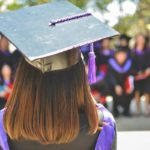 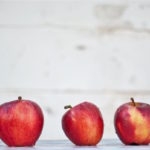 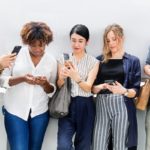 It Takes a Village to Make a Village: How to Make Online Learners Part of the College Community

I like the model of allowing students to take courses for free and then charging for the certification. Learning should be open source. There, I said it. Information and knowledge should be freely available for anyone who wants it.

The biggest problem with this disruption catching on is the price-point. The University of Washington is rolling out MOOC degrees but they will cost about the same as regular tuition.

If they can’t figure out a way to make money, they won’t do it, and things will remain stagnant.

Interesting that raise price-point as a concern, Yvonne. I think the question is; “whose price point?”

I think it would be significantly cheaper for the institution to run an online program than an in-class one; they have to build a solid learning infrastructure but their capital costs are way lower. I should imagine that it would be possible to offer an online degree for less than an in-class…so why does the price stagnate?