Thirty Years After Allan Bloom’s Classic The Closing of the American Mind: The Liberal Arts and What It Means to be College Educated in 2018

Robert Hill | Professor Emeritus, Nova Southeastern University
It has been thirty years since Allan Bloom wrote the controversial 1987 runaway bestseller The Closing of the American Mind: How Higher Education has Failed Democracy and Impoverished the Souls of Today’s Students. The seasoned professor of philosophy and political science at the University of Chicago and defender of the “great books” curriculum penned what would become one of the major critiques of contemporary higher education. His trenchant analysis provided a traditional view of what it meant to be an educated person and it became somewhat divisive in the academy and a catalyst in the culture wars.

His iconic book was written during the height of the MTV-watching generation, but long before the disruptive and distracting technological cell phone era and age of social media competing for students’ attention. Bloom died just five years later in 1992, long before the age of political correctness, trigger warnings, microaggressions on campus, and challenges to basic free speech. One could only wonder what he would think of the state of today’s university and if he would be as pessimistic now as he was then about the plight of the current undergraduate student. Certainly, he would be critical of the growing and disturbing trend of vulgarity and anti-intellectualism that permeates American society.

What would Bloom make of recent developments such as the disappearance of many liberal arts colleges by either closings or changing the academic mission to add graduate or professional degree programs? Liberal arts colleges (schools that emphasize undergraduate education and award at least half of their degrees in the liberal arts fields of study) once numbered over 200. What would Bloom think of watering down the long-established general education requirements; the discontinuance of many liberal arts majors; ranking colleges based on the starting salaries of their graduates; or conservative governors (FL, TX, & WI) wanting to charge more in tuition for liberal arts degrees than STEM degrees at their public universities?

In the fall of 2011, Governor Rick Scott of Florida went further and counterproductively said, “We don’t need a lot more anthropologists in the state. It’s a great degree if people want to get it, but we don’t need them here.” It turned out that his daughter had received an anthropology degree from the College of William and Mary but did not pursue an anthropology career. Even President Obama criticized liberal arts majors in a speech made on January 30, 2014 when he said (and then later walked back), “I promise you folks can make a lot more, potentially, with skilled manufacturing or the trades than they might with an art history degree.”

How did the liberal arts disciplines go from once holding tremendous cachet to become a punching bag for politicians who continue to propagate the notion that liberal arts degrees cannot lead to jobs?

Since its inception with the original nine colonial colleges, the purpose of American higher education has been debated, along with who attends college and what is studied in college. Landmark federal legislation such as the Morrill Acts of 1862 and 1890 (land grant colleges) and the Servicemen’s Readjustment Act of 1944 (the GI Bill of Rights) were two influential drivers of change. Along the way, the role of the liberal arts in the core curriculum has been questioned going back to the Yale Report of 1828 in which the faculty staunchly defended the classical curriculum and its role in educating well-rounded students. The faculty asserted that the mental discipline students derived from studying the classics was the best preparation for getting them to think for themselves about problems they would encounter later. Today the meaning of the term liberal arts has changed somewhat and the student body is much more diverse. However, there is still the same debate as to what college students need to learn in order to be educated and become civically engaged members of society.

The liberal arts were originally the subjects or skills that in classical civilization were considered appropriate for the training of free men (hence the term, liberal). They were an essential part of the curriculum to enable a citizen to take an active part in civic life. By late antiquity, they numbered seven and were divided into two groups: the trivium (grammar, logic, and rhetoric) and the quadrivium (arithmetic, geometry, astronomy, and music). They were long the linchpin to general education requirements and to undergraduate education, albeit for a mostly-homogenous elite student body.

Correspondingly, a liberal education came to be described as the opposite of a vocational education and expressed a belief that colleges should develop students’ broad intellectual capacities, and not simply train them for specific jobs. With skyrocketing tuition and fees, there is a growing sense among the public that higher education is overpriced and under-delivering. It should be noted that the diverse American system of public and private higher education is still the envy of the world and attracts the most international students. However, the very mission of colleges and universities has gradually changed as they have wrestled with this dichotomy of whether higher education is a societal public good or an individual private gain.

To put it more simplistically, do colleges now educate their students or train them to get jobs? For many students (and their hypervigilant parents) who seek a bona fide return on their investment, relevance in securing future employment is of paramount importance and probably the main reason why business has been the most popular undergraduate major for many years.

Since Bloom’s landmark work, there has been a spate of other scholarly books defending the humanities and the importance of studying the liberal arts. From 2001’s Who Killed Homer? The Demise of Classical Education and the Recovery of Greek Wisdom (Hanson and Heath) to 2011’s Lowering Higher Education: The Rise of Corporate Universities and the Fall of Liberal Education (Cote and Allahar). That same year, though, Arum & Roksa released their seminal Academically Adrift: Limited Learning on College Campuses, a critical book on undergraduate education and the lack of rigor. Among their alarming findings was that almost half of all undergraduates studied showed no measureable improvement in knowledge after the first two years of college.

Our society seems to be moving to a place where the intellectualism championed by a liberal arts education is no longer treasured—or even valued—by American society. This past May, comedian Bill Maher was riffing on the president’s statement that “Nobody knew health care could be so complicated.” Mr. Maher then said of the opponent, “She knew. She loves complicated. She’s a reader” as he put air quotes around the phrase “a reader.” Are people either too lazy or too busy just trying to keep up with daily pressures to read for recreation sake?

Almost ten years ago, Mark Bauerlein, professor of English at Emory University, expressed this same fear in The Dumbest Generation: How the Digital Age Stupefies Young Americans and Jeopardizes Our Future (Or, Don’t Trust Anyone Under 30). He wrote, “the intellectual future of the United States looks dim.” He further said the youth has developed a “brazen disregard of books and reading.” Even the U.S. Army had to lower its recruitment standards, and not just for physical fitness. The number of “high-quality” recruits—those with a high school diploma and who scored in the upper 50th percentile on the Armed Forces’ aptitude tests—has plunged.

Additionally, the average American adult does not read a book a year after leaving school and being required to do so. The Pew Research Center, a nonpartisan American think tank consistently reports that about a quarter of American adults say they have not read a book, in any format, in whole or in part in the past year. In fact, the number of adult non-book readers has steadily increased since the 1970s, despite national K-12 initiatives aimed at reversing the trend.

Philosopher and leader of the progressive educational movement John Dewey said, “The most important attitude that can be formed is that of the desire to go on learning.” All educators, no matter what level they teach, have a professional responsibility to foster curiosity in their students so that they can go on to become lifelong learners. The potential for college graduates, regardless of major, to achieve any professional success depends on their ability to become lifelong adaptive learners. Hence, if the new norm for today’s college graduates is not just frequently changing jobs, but changing industries altogether, a highly-specialized undergraduate degree might not be the best preparation for personal and career happiness. A broad undergraduate liberal arts degree emphasizes skills such as communication, creative and critical thinking, information literacy, problem solving, and analyzing data: all competencies that employers value.

Today’s higher education institutions have responded to the new market-driven student consumerism and they are actively competing for the same students who now have many more options available to earn a degree. Yet, higher education is very much steeped in tradition and often slow to change. Some even regard the curriculum at universities as an “academic graveyard” because it is where innovative ideas for educational reform go to die as faculty often resist change. Education, like life, is more of a journey than an actual destination. Thus, policymakers and academics would be wise to review studies by the American Association of Colleges & Universities and the American Academy of Arts and Sciences before drastically overhauling the core curriculum in favor of a practical training, career preparation approach.

Separate from community colleges or vocational-technical schools which have a specific mission, four-year institutions are at a crossroads. Perhaps the best approach for today’s colleges and universities to use in dealing with the two opposing curricula missions would be to apply both philosophies in the classroom. Faculty should make practical connections between the “real world” and the subject matter by bridging academic theory with practice. The curriculum should address questions of social responsibility and ethical standards for behavior while also exploring active civic engagement with the local community and the world. Nevertheless, one can only conclude that if Bloom was around today to see the state of higher education in 2017, he would not be too impressed and he no doubt would continue to think that higher education is failing both democracy and the students.

Bloom, A.  (1987). The closing of the American mind: How higher education has failed democracy and impoverished the souls of today’s students. New York, NY: Simon & Schuster. 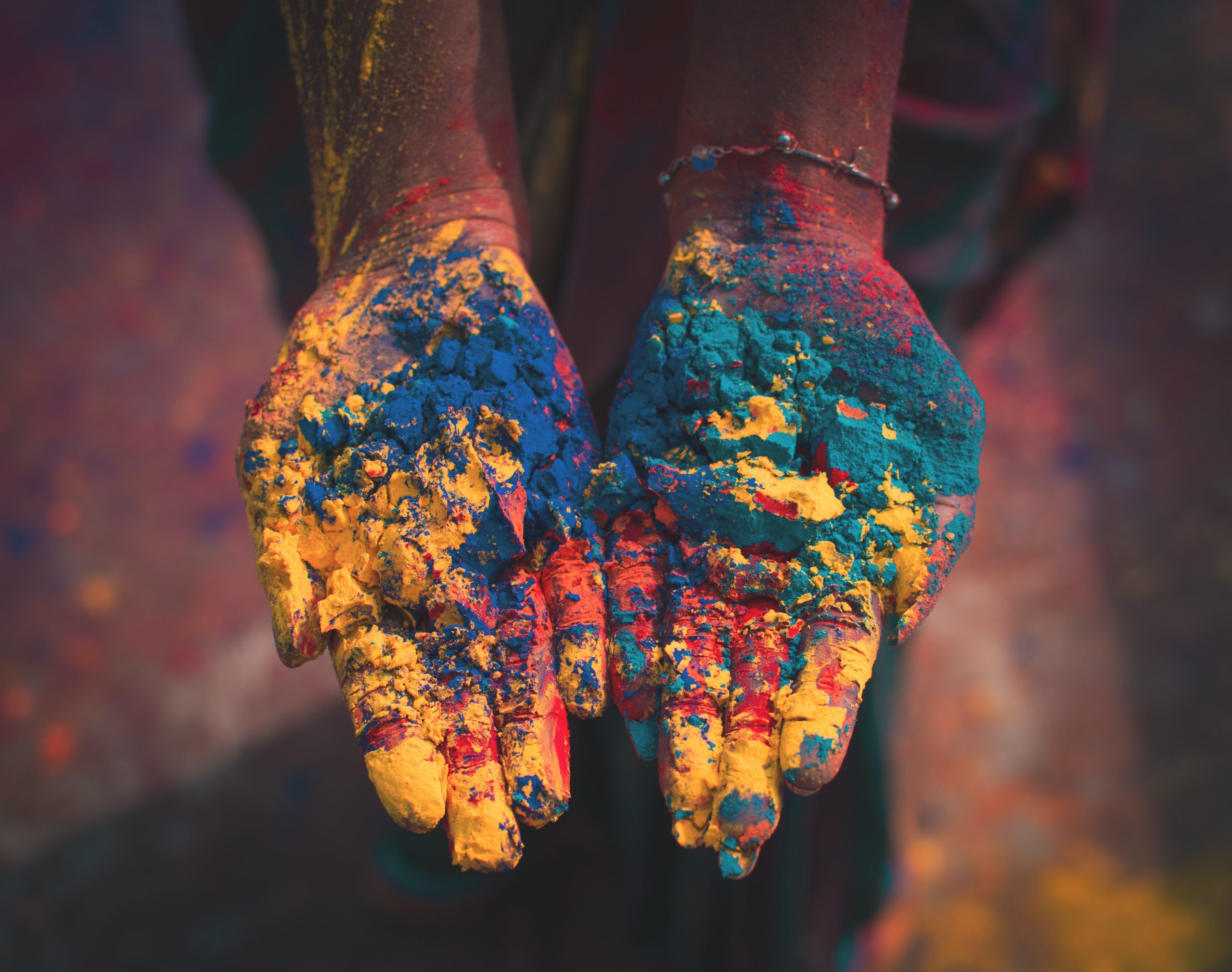 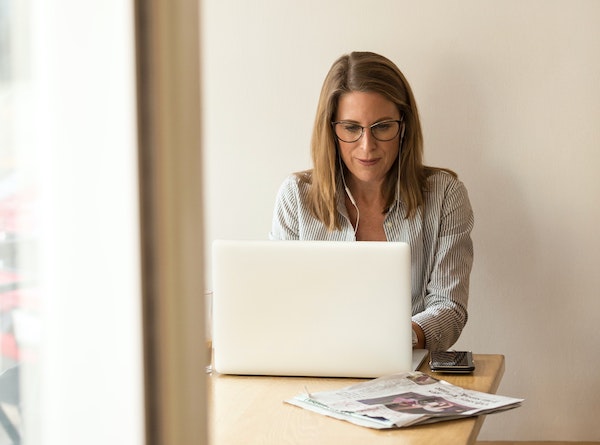 Engaging the Disengaged College Student: Whether Learning is Online or In-Person 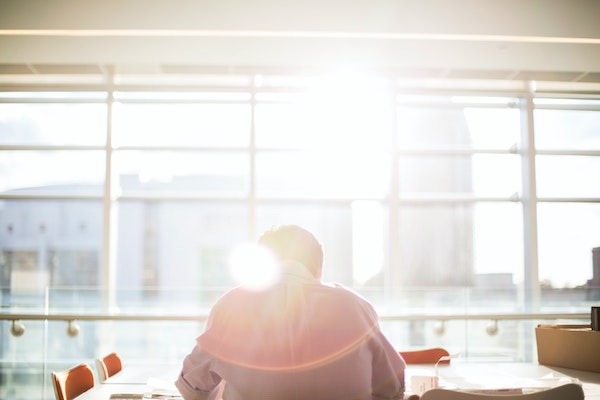 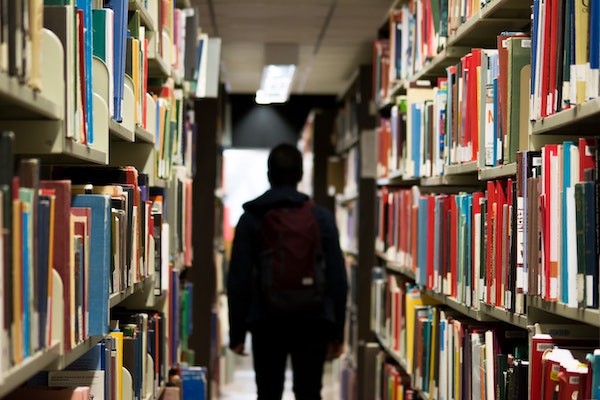