The Edges of Pedagogy: Defining (and Promoting) Actual Safe Spaces for Student Engagement

Randall Stauffer | Senior Vice President of Academic Affairs, Woodbury University
Higher education has traditionally been a top-down endeavor, which, at least superficially, seemed to work reasonably well. After all, students are typically in receive mode as professors share their expertise and insights – and they, or their parents, expend great resources for the learning experience. In this model, students engage with each other, with their professors and with course material inside a reasonably well-defined academic space.

But what about outside that space? Might its boundaries be fraying?

Based on the latest annual National Survey of Student Engagement (NSSE), they might indeed.

Per the survey, college students report that their classes emphasize sharing their own ideas and perspectives, and professors are helping students link subject matter back to the their own experiences. Some three out of five students surveyed indicated that their courses solicit their thoughts on certain subjects; about half said their classes focused on discussing equity and privilege, and learning about other cultures. Roughly 650 four-year U.S. colleges and universities participated in the survey—all told, more than 55,000 students across more than 130 institutions responded. NSSE intentionally focused on capturing data about diversity and inclusion in light of the national political climate.

From my education in architecture and my experience as an interior designer, an educator and a college administrator, I’ve learned that practice-based instruction turns out to be a model “laboratory” for the pedagogical value of cultural diversity and a much more engaging style of learning for everyone inside and outside the classroom. There are lessons here for listening to, and heeding, student voices in higher education generally. We might even come to understand the survey as pointing to an entirely different kind of safe space.

The edges of a traditional university campus are well defined. Being a space of learning, introspection and critical reflection, the university has long aspired to separate from the world beyond the campus quad. Its boundary compelled an obligation to research and teaching, a declaration to higher symbols and requests for evidence. In recent history, less permeable borders of the university were seen as part of urban renewal projects of the ‘50s and ‘60s. The university removed the surrounding community and turned its back on the adjacent neighborhoods, in an attempt to create a “safe” environment. This architectural precedent had a pedagogical analog. Students entering the university were asked to remove their cultural biases in order to acquire the ideals of the liberally educated citizen.

These notions of higher education date back to the immediate postwar era, but vestiges of such strategies remain in today’s pedagogies. Enlisting the language of urban renewal as a way to strengthen the spaces surrounding the university—if by creating more secure borders—occurred amid a broader call to re-evaluate the general education curriculum, as advanced in such writings as William Bennett’s To Reclaim a Legacy and Harvard’s Report on the Core Curriculum. Both were meant to take back the authority’s understanding of where and what we teach. William Spanos’ The End of Education: Toward Posthumanism provides an excellent critique on this assertion of authority in the content of college curriculum. These strategies were final attempts to create a sanctuary of higher education that reflected those running the institutions rather than those learning and teaching in them.

In his introduction to The Future of the City of Intellect, Clark Kerr identified major shifts in higher education in America. He cited one shift occurring between 1940 and 1970, and forecast the shift in which we now find ourselves—one estimated to play out between 2000 and 2030.

In hindsight, perhaps the 30-year period between 1970 and 2000 could be characterized as a shift from teaching-based to learning-based education. This is a shift that reimagined the central character and theater of higher ed.

The focus on delivering the institution’s knowledge content, and defining its spatial condition, continues to evolve—consider initiatives, among others, like the American Association of Colleges & Universities’ LEAP campaign (organized around a robust set of “essential learning outcomes” and Principles of Excellence) and the Lumina Foundation’s ongoing exploration of ways of establishing more permeable boundaries between higher education and developing professional skills.

These new ways of learning best occur when supposed student and supposed teacher are less defined, and learning and teaching happen as a recurring and iterative process. Literature from the NSSE survey reinforces the importance of this dynamic among students. Students increasingly want to bring their perspectives to class and, increasingly, are doing so—perspectives that often revolve around the importance of that perspective in solving real-world, (or, to borrow a phrase from the AAC&U) “wicked” problems. That is, problems that have no definitive solution.

There is no better place to work on these problems than the site of their existence. It is not only the importance of students’ particular worldview but also their experience of the problem at hand that matters. This “locale of learning,” and ways students and faculty contribute to learning, gets at the heart of project-based learning. This type of learning closely mimics the way problems are solved in the real world.

Problem-based learning tries to eliminate what University of Texas educational policy specialist Angela Valenzuela has called “subtractive schooling,” a pedagogy that valorizes the teacher and the teacher’s view of the world, thereby giving the impression that the learner has little to offer. When roles between teacher and learner are altered, the teacher becomes one of the learners—and oftentimes, a specific learner with related expertise and skills becomes the teacher. This is both empowering to the “student” and revealing to the “teacher.”

What do the spaces of these encounters need to thrive? Above all, a recognition that a laboratory is often a better space of learning than a classroom. That environment must be more than one thing and more than one space; it must house a problem at hand, tools to observe the problem, tools to collaborate, places to hide and to reveal. It must encompass permeable boundaries, artifacts of remembrance, and spaces of invention.

The ideal laboratory of “problem-based learning” must include teaching, analyzing and learning as a given, but it must also include the less formal programmatic functions of storytelling and a conscious exposure of the cultural issues and norms underlying these problems. For such disciplines as the creative arts and architecture, studio- and practice-based pedagogy provides way of giving voice to often unheard or underrepresented student concerns, specifically in disciplines that are marginalized. The studio/practice model is inherently collaborative: Cooperative learning is the norm, instructors serve more as resources than as authority figures, and students bear much of the responsibility for learning.

As the problem-based learning paradigm suggests, this approach holds tremendous potential in other disciplines as well. And as the NSSE data affirms, students are already there. 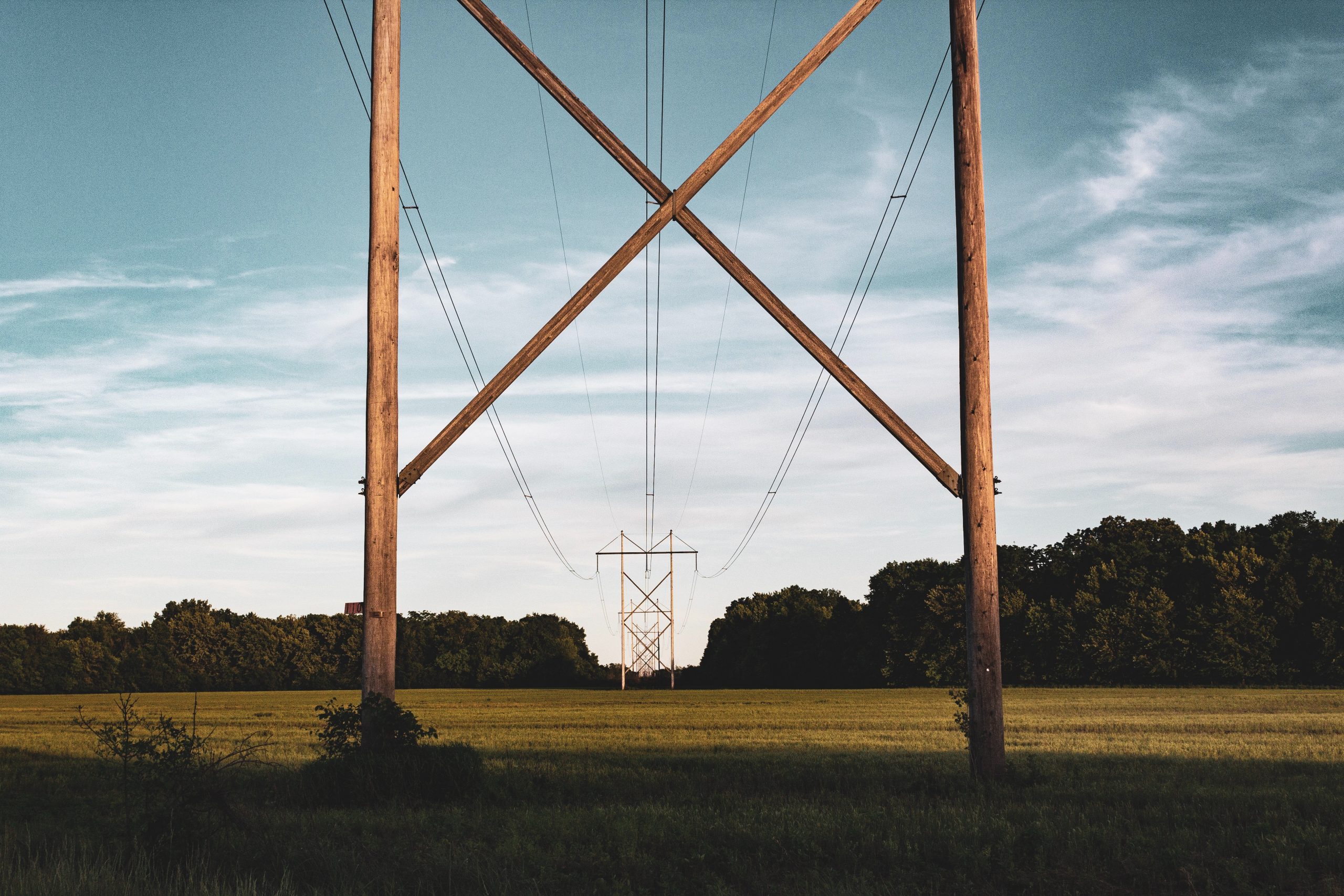 The Digital Divide and Rural Electrification 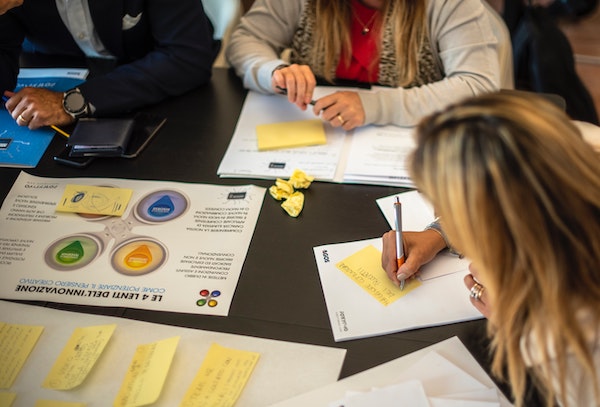 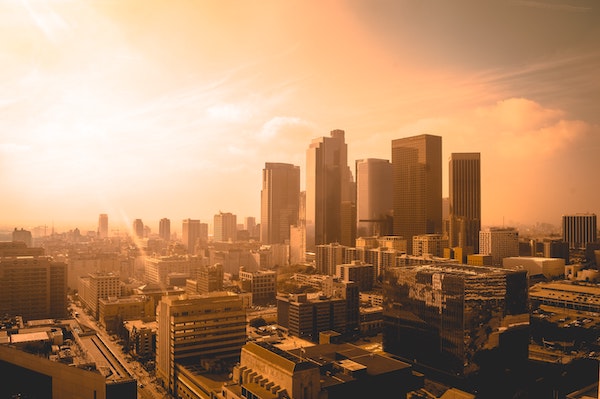 Kristine Collins | Assistant Dean of Academic Programs in the School of Continuing Studies, University of Toronto 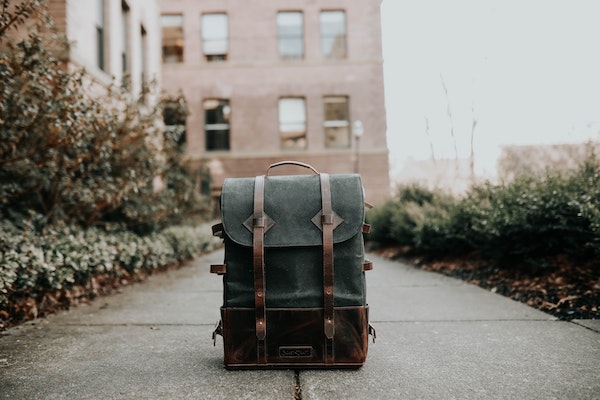 What Happens to Innovation When an Industry is in Survival Mode