Assessing the Long-Term Potential for Bootcamps: How Do They Truly Stack Up?

How much value do alternative credentials truly have for students? Are bootcamps truly on an even competitive playing field with traditional higher education institutions? According to Richard Garrett, we’re not there yet but, in the long term it’s not totally out of the question. In this interview, Garrett sheds some light on the trouble with determining demand for this space and reflects on the potential alternative credentials and bootcamps have in the competitive and innovation-starved higher education space.

The EvoLLLution (Evo): Why are alternative credentials—like badges, certificates and other microcredentials—growing so much in popularity among prospective students and employers?

National Household Survey data on adult participation in various forms of education—formerly a useful longitudinal perspective—has not been updated since 2005. Another consumer survey—Survey of Income and Program Participation (SIPP)—added questions on alternative credentials for the first time in 2012. This is a breakthrough, providing a snapshot of demand at one point in time. If we really want to understand alternative credentials, not least to judge growth over time, we need better data and better coordination of existing data.

There is no question that in recent years everyone from higher education pundits to regulators and companies to investors have become very interested in the idea of alternative credentials. This is driven by a desire for step-change innovation to address growing frictions in mainstream higher education over cost, productivity and quality. Earlier innovation, such as online learning, reinvented the way in which higher education is delivered but left the traditional credential—typically the degree—unchallenged. Insofar as the degree embodies major time and cost assumptions, and that many students—particularly those less traditional—drop out, there is an argument that the degree is part of the problem. Alternative credentials, usually shorter and cheaper by comparison, have captured the imagination of reformers. Current enthusiasm for alternatives credentials will help drive the development of better data.

Other rationales for alternative credentials include offering students credentialed staging posts towards a degree, aiding motivation and adding credibility to partial completion: so-called stackable credentials, smaller pieces of learning that can be fitted together over time and valued in their own right. Alternative credentials are also put forward as a way for adults to gain recognition for informal knowledge and skills.

Evo: How does this influence the growth in enrollments at non-institutional education providers like coding bootcamps?

RG: Bootcamps are a great example of alternative credentials. In response to an acute shortage of coders, bootcamps arose to fill the gap. Degrees in computer science are often not the right fit—they’re too lengthy or overly theoretical. Most universities could not move fast enough to respond, or saw a degree program as the solution to every problem.

Bootcamps are an exciting mix of the old and the new, combining traditional features such as instructor-led and cohort-based face-to-face classes with novel credentials and tight integration with job placement. Most bootcamps have little or no role for online learning, which is a departure from the tenor of innovation in universities over the past two decades. To my mind, this is a healthy sign that bootcamps are privileging pedagogical efficacy over convenience or access. It is the former rather that ultimately determines ROI for the student.

There are however, a few aspects of bootcamps that are not yet clear. Specifically:

1. Whether the typical bootcamp student is post-degree rather than in a degree-alternative mindset, and

2. Whether the bootcamp model can flourish beyond coding.

The evidence I’ve seen suggests that most bootcamp students are recent bachelor’s graduates looking for career direction, which positions bootcamps as complementary rather than truly alternative. If some bootcamps gain access to federal student aid—under the EQUIP experimental sites program—it will be interesting to see whether that stimulates more “alternative” demand. Of course, some bootcamps are tuition free; either employers pay to hire graduates, or graduates pay x percent of their post-completion salary back to the bootcamp. With these models, federal aid should not be necessary to stimulate participation.

Estimates suggest that total bootcamp enrollment is no more than about 30,000 students. This represents rapid growth but is a drop in the bucket compared to the 20 million students enrolled in degree and credit-bearing certificate programs in U.S. colleges and universities.

There are some interesting bootcamp-style providers that transcend coding—an example is Make School—but they are few and far between at present.

Evo: How do you expect this trend to impact the higher education space?

RG: It is tough to determine the long-term impact of this trend. Let me play out different arguments.

So far, re-thinking the bachelor’s degree has meant either online, self-paced models like Western Governors University—scalable but arguably a good fit for the exceptional rather than typical student—or hard-to-scale boutique operations like Minerva. Either way, the degree remains the standard. It is hard to imagine many universities trying to disrupt themselves with a true degree alternative. At many leading universities, the traditional model continues to work well.

We see plenty of evidence of universities co-opting bootcamps, through acquisition, partnership or imitation, and non-traditional providers offering degrees (e.g. Smartly’s free MBA).  Most MOOCs are the work of traditional universities, and might be viewed as 21st century university extension and therefore in one sense nothing new. The future may be greater credential and provider diversity as much as winners and losers.  As I said above, the university has always co-existed with alternative credentials. The question today is whether alternatives are beginning to challenge the degree.

The question of degrees versus alternative credentials ultimately turns on value. Degrees have the considerable advantage of currency that spans multiple institutions and fields of study, and are considered the gold standard by most employers. The very diversity and incoherence of alternative credentials is a formidable barrier to scaling up and taking significant market share from degrees. Unambiguously demonstrating the value of something as complex as higher education will never be easy in any form, and conventional degrees have the advantage of tradition.

But some alternative providers are moving in the right direction with attempts to fashion very intentional models of teaching, learning and assessment, and integrate credential completion with job placement. Conventional degrees tend to be weak on both these dimensions. Teaching, learning and assessment in universities is bottom-up and faculty-led, which produces examples of excellence and innovation but also lots of mediocrity. There is a gulf between the literature on pedagogic good practice and the uneven reality of decentralized course design and delivery norms. Insofar as alternative credential providers can scale up tangible pedagogical models that can be shown to be effective, this gets to the heart of the matter in terms of demonstrating ROI for the student.

It is clear that a degree tends to lead to higher income and many other positive outcomes, but universities generally stand aside from direct job placement, let alone guaranteed placement as many bootcamps and new providers such as Udacity have started to do. Everyone agrees that higher education is about more than job placement, but tighter connections between credentials and a job do address a tension around short-term value that is undeniably important.

At their best, bootcamps should be thought of as not simply narrow training for a specific job, but well-rounded development that secures not only a first position but propels the graduate onto a career path and ensures they can adapt to the ebbs and flows of the labor market. But many universities might say internships and co-op programs amount to the same thing, and there is no question many institutions feel compelled to invest in that direction.

If new providers can start to demonstrate that alternative credentials are both higher value and less expensive than a degree, and major employers show a preference for their graduates, both policymakers and students of all types may push higher education to the tipping point. We’re a long way from that scenario, but I think we may be edging in that direction.

Evo: Looking long-term, what do you think will be the lasting impact of this alternative credentialing trend on the postsecondary space?

RG: I do think we may be close to “peak degree.”

Shorter, cheaper alternative credentials, with intentional pedagogy, do seem essential to tackling higher education’s core challenges on cost, productivity and quality. A future of ever-more people pursuing ever-more expensive degrees—in a context where median income is flat and public funding under pressure—seems unlikely. The degree has become too dominant, and attempts to serve too many roles. The traditional degree model will, at many institutions, offer strong and distinctive value for many years to come. But alternatives will only become more sophisticated and widely accepted. Steady growth in the U.S. population will mask a flattening in the proportion of citizens with a traditional degree.

To really make an impact, alternative credentials must assume a stronger identity, be defined by high value rather than as a vague “alternative” to something better known. Winning models need to emerge, based on tangible out-performance compared to traditional degrees. Tradition and inertia, as well as genuine value for many students, favor the degree. Innovation free from the constraints of the degree may prove critical to unlocking its essence in the 21st century for millions more. 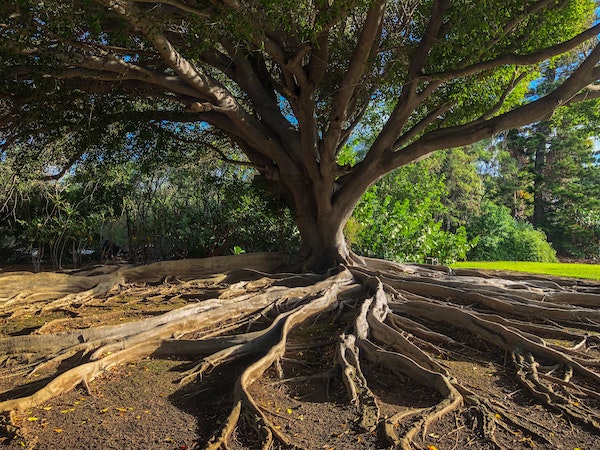 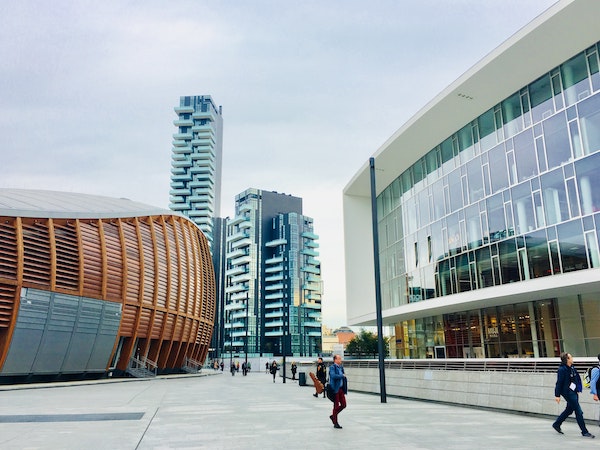 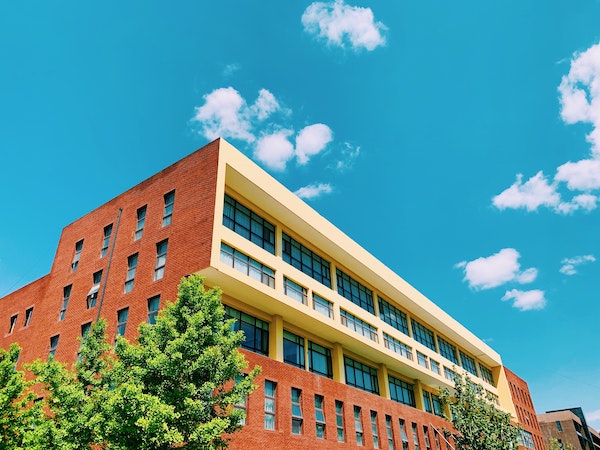