Who’s the Boss? The Unexpected Challenges of Transitioning from the Military to Higher Ed

Jo Emanuelson | Student, Christopher Newport University
I was on active duty in the Army for six and a half years. The experience, however short, sticks with me in ways that are hard to explain to civilians. I have technically been a civilian for nearly four years, but I never think of myself that way. I sometimes feel like some sort of alien species observing life on Earth and trying to puzzle out the strange behaviors of the natives. This is especially true when I am attending class at my four-year college, where people stand around in the student union chatting with friends or meander down the hallways with no intention of getting out of the way for teachers or classmates.

Part of my problem is that the Army gave me an invaluable crutch I no longer have access to: rank. The structure by which the Army operates is built on a ranking system. It is not always fair because no promotion system is without its flaws, but it was a constant in my ever-changing life. It meant I could walk into a room full of perfect strangers and know exactly where I stood. With a glance I could ascertain the appropriate level of deference for someone based on the symbols on a square of Velcro. These first impressions are not foolproof, of course. Personalities vary across the ranks, but it certainly gave me a starting point to work from.

Without that crutch, I find myself floundering in social situations. I need the structure; I yearn for it every day, but especially on days when it would be most useful. At school, for example, we have group projects assigned. Sometimes we get to pick our groups and sometimes we don’t, yet this doesn’t matter in the long run. The group will meet up and everyone will have their ideas that are blurted out in a very democratic manner. Then everyone goes home and one person does 80 percent of the work because the other group members forget to or have other priorities. It is a huge waste of time because the skills they are supposed to be learning, like time management and group cooperation, are utterly neglected.

This type of exercise is utterly frustrating to me because I don’t know who is in charge of the group. I expect the highest-ranking person to be in charge, but just who is that in a group of civilians? The smartest? The oldest? The one with the highest grade? Or is it the one who takes charge of the meeting, keeps everyone on track and promises to correspond with everyone? The latter seems the most likely candidate because he or she is demonstrating leadership capabilities. I have finally identified the boss and then it hits me, through continued observance, that the person does not actually realize what being the boss entails. He or she tends not to know how to delegate the work while continuing to oversee everything to make sure it gets done. He or she doesn’t send reminders about due dates or check that everyone is contributing. The person doesn’t verify that the project is a coherent piece or that it gets turned in on time. In the end, you realize that this person isn’t leading the group  he or she is just the most vocal.

I see this but don’t know what to do about it. In the Army, the road was laid out for me based on rank. If the leader outranks me, I bring my concerns to my NCO (my immediate superior). The concerns will then be communicated up the chain of command until it reaches someone of sufficient rank to talk to that leader. If the leader has the same rank as me, I speak with him or her directly, privately. If the problem isn’t corrected, I speak to the NCO. If I outrank the leader, I identify what’s wrong, what needs to be fixed and when it needs to be fixed by. If the individual doesn’t  correct the problem, I speak to the NCO before any further action is taken. If I am the NCO, the leader will wish he or she hadn’t ignored me.

But how do I handle this at school? I don’t feel comfortable correcting acquaintances and near-strangers. If my group members ignore my advice, what then? I can complain to the professor, who may or may not be sympathetic to my problem. More than likely, I will be told it is my responsibility to make the group function and, if I can’t, the group grade will suffer. So my only recourse seems to be leaving rude messages on Facebook, which is utterly juvenile. Without my rank, I have no power to reinforce my decisions and I feel impotent amongst children who seem to care nothing for my experience as a leader, and even less about how seriously I take my school work. 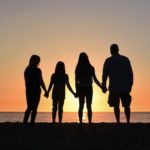 I’m in the exact same boat, but I think we both need to get a little courage. It’s up to us to take charge if everyone else refuses to. Accept the ideas of others, present your ideas. Volunteer to create timelines and deadlines for big group projects.

I agree that the lack of structure makes it difficult to know who to listen to, but it encourages you to be a leader without stripes.

Leadership is displayed by members of a group, not just the designated leader, when they step up and do what needs to be done, steer things in the right direction, and generally stay on-task and on-mission. Think the classic NCO vs. green “designated leader” scenario. That is leadership without being the top dog.

Don’t confuse teamwork with leadership. A surgeon or a pilot leads their team by virtue of multiple factors, of which their official rank is one. The leadership works because everyone on the team shares the goals, understands the mission and their place in it, and follows the protocols.

Now you are in units which lack all of the above. No wonder it is a mess, but how can they learn that unless it is demonstrated to them?

Jo, your thoughtful essay here highlights a couple of problems. First, within the academic world many instructors like to assign group projects, however I’ve found very few take the time to teach students how to work in a group. With ever increasing diversity in adult education populations it can be even more frustrating to work with a group or team with widely varying background. It’s for this reason that I created a short presentation on groups — to at least level the playing field a bit. In the absence of rank…most student groups choose a leader in a sort of sloppy consensus style. It may not be beautiful, but it usually works.

Secondly, there’s a need for everyone involved, but especially instructors and college leaders to learn about the communication issues of military folks who decide to return to school. We cannot expect learning to happen in the absence of basic communication. I address this in greater detail in “Breaking Barriers” in the November issue of Career College Magazine.

Thanks for your service to the US and for opening this discussion. My resource links are below:
• Breaking Boundaries–Career College Magazine (p. 64)
http://www.careercollegecentral.com/pdf/ccc-november-2013.pdf
Group Projects – A Basic Guide http://www.slideshare.net/KarenSouthW/group-projects-a-basic-guide-16993375