For-profit higher education has experienced an explosion of growth over the last several years, and with that growth has come plenty of scrutiny, bad press, and scandal. Much of this negativity has been focused on the ways in which for-profit institutions do (or do not) support their students or help them to succeed. The comparatively low completion rates of the sector as a whole only serve to add fuel to these flames of doubt and suspicion.

Speaking from my own experience exclusively, as a graduate student at a non-profit institution and an employee at a for-profit institution, I’ve observed that in some (very important) ways, for-profit schools seem better equipped to work with high-risk and non-traditional students. For example, I’ve found that for-profit institutions seem to have better resources and support systems in place for students struggling with “life” issues that have the potential to impact their ability to actually attend classes, such as transportation and childcare costs, domestic violence and substance abuse, and general housing, income, and employment issues. Indeed, at my institution in particular, a large component of the student services coordinator’s responsibilities is what basically amounts to social work case management: the coordinator meets with students struggling with any of the aforementioned situations, and helps connect the student to community or government resources that may be able to help. This has proven to be a boon for many of my students, as community resources have helped many of them to “stay afloat” and stay in school.

I also believe that many for-profit schools are better at keeping track of their students in general, and employing preventative measures to prevent students from “slipping through the cracks.” Considering the frequently larger student populations at most non-profit schools, along with the wider range of programming and services that must be staffed and maintained, it can be much more difficult for faculty and staff at non-profits to form solid one-on-one relationships with students, to know when they’ve missed several consecutive days of class, and to have the time, energy, and resources to reach out to those students and attempt to help them through whatever is preventing them from attending classes.

On my campus, we keep a close eye on attendance, and try to stay in contact with students who have missed consecutive days of class. Even if we can’t help them in a particular situation, we want to stay in touch with them, and let them know that we care and we’re just as invested in their education as they are. Even on larger for-profit campuses of a thousand or more students, these kinds of initiatives and actions can create a smaller, family-style atmosphere of support that can be hard to replicate at non-profit schools, which tend to have larger, more dispersed campuses in addition to more students and more responsibilities for faculty and staff to manage. In my opinion, this lack of a “family” atmosphere is one of the areas where non-profit schools can really fail high-risk students, who often need that extra, intensive support.

On the other hand, I think many for-profit institutions are lacking when it comes to helping students achieve and maintain academic success while in school. While it can be extremely overwhelming to manage the sheer volume of academic need in some for-profit schools, the amount of rigorous academic work required combined with the shortened time frame for degree completion that accompanies many degree programs in for-profit institutions can present a formidable, if not insurmountable, challenge for students who are frequently already labeled as “high-risk,” or who have had previous unsuccessful academic experiences.

To that end, for-profit schools should have the programs, policies, and staff in place to assist students in making the transition into (or back into) academic life and in meeting that challenge. In my experience and from what I have observed at other institutions, many for-profits have at least some initiatives in place to support and encourage students’ academic success, but I believe it is still an area ripe for development on most campuses.

In sum, I think it is fair to say that because for-profit institutions have, in essence, evolved to serve a target student demographic that is non-traditional and frequently high-risk, in many ways they are better equipped to serve non-traditional and high-risk students, with the provision of community resources and higher-level support systems for non-academic problems that can impact their students’ overall success and degree completion rates. In other ways, for-profits still have some evolving to do, especially in terms of finding ways to build in programs and initiatives that broadly target academic success at the group level, and in a proactive or preventative way, to help support the individual-level academic help already found on many campuses.

But non-profits, too, have room to grow. As the number of non-traditional students matriculating at non-profit colleges and universities increases, those institutions may need to add additional resources and staff for students struggling with “life” issues that many for-profits are more familiar with and equipped to handle. My hope is that all institutions of higher education will take these opportunities to learn from one another and improve the system as a whole, so that all of our students will have the opportunity to better their lives through education. 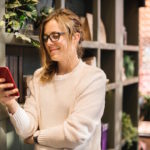 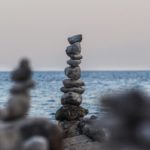 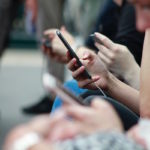 Edward W. Finn III | Liaison for Innovation and Collaboration in Teaching and Learning, Associated Colleges of the Midwest 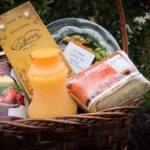 With so much emphasis on non-academic student support, is it possible that for-profits simply put less stock into academic success than into supporting their customers?

That’s a great point, Chuck. And in my opinion, the answer is… sort of. For-profits do tend to focus first on keeping students physically in class, and second on helping them be academically successful. Part of this is, of course, revenue-driven, but I find that aspect lives mainly at the corporate level. At the campus level, I’ve found that the vast majority of faculty and staff (at least on my campus)are really interested in helping our students to be successful in all aspects of their educational journey.

Sara–what an excellent article and refreshing perspective. As a provider of SAP (Student Assistance Programs) for schools across the nation, including Corinthians and DeVry, I share your perspective on the attention and support for-profit schools provide their students. As an SAP we get calls for emergency housing, part-time jobs, legal assistance–even sources for free diapers! Schools are paying for this benefit showing again their committment to persistence and retention.