The New Recruit: Standards For Engagement

One issue that stands out for me is standards for engagement. There are some companies that have gotten it right and others who need to be more intentional in developing congruent standards for engagement. The companies who have gotten it rights seem to know what’s at stake and have may the upfront investment, in not only preserving what they have, but by improving it by enjoining new employees in a welcoming way and developing them for success in work. These companies send a message to the new hire that makes them feel welcome and a part of a community where they can learn, grow while making a valuable contribution to his or her employer. Organizations that have meaningful engagement standards tend to engage their new recruits through significant orientation, mentorship and other forums. They are not afraid to make that initial investment because they know the potential value to the organization.

It is my contention that the key to meaningful engagement rests partly with the organization who has a responsibility to institute a well-orchestrated orientation program that provide new hires with a proper overview of the organization, the way it operates, and clear expectations for the new hire. Without such programming, many well-meaning things could be misconstrued. In the same breath, I also believe that some of the responsibility for knowing the standards of engagement rests with the new recruit who must have some baseline skills (interpersonal, EQ and other such acumen) that will help in navigating a new work environment.

Knowing how to get engaged or to engage others within an organization require some foreknowledge, not only about one own propensities, but about some baseline assessment skills for understanding what makes the particular organization unique. Without this understanding, interacting could be a bit awkward and in some cases send incongruent messages that are alienating rather than engaging.

There is a dictum that states “the first impression is the impression that resonates.” Given this saying, there is so much that can stem from the first impression that it is imprudent for an organization not create a meaningful welcoming/engaging environment. To ignore the need for a well-designed engagement program can be a costly misstep for an organization both in the short-run and the long-run. Organizations that tend to provide a hospitable environment for their new recruits are more apt to see shorter assimilation and acculturation timelines, less attrition, greater creativity and loyalty. Creating such an environment is akin to crafting or refining the organization’s brand by cultivating an environment where the new recruit wants to work because they feel connected and engaged. The initial investment in creating a well-meaning welcoming environment pays dividends long after the first recruit. 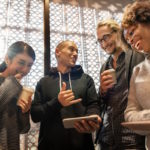 Connecting the Disconnected: Fostering a Sense of Community Among Adult Learners in Higher Education 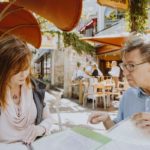 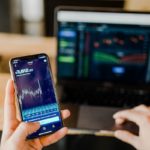 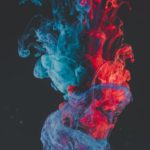 What are some tactics to successfully integrating a new recruit? How can we make them feel welcome?

Engagement is not as simple in every situation, but a good engagement strategy will include the following:
1) Be clear about the persons involved (their culture, training, needs, fears, concerns
2) What are they supposed to do, when, with whom, how, why, where…?
What support do they need and how might they be able to tap into to these
3) Show respect and convey this to others who must do the same
4) find out from new recruits their expectations and how can you help to satisfy these
5) Introduce new recruits to key personnel
6) Organize orientation in the form of a process with all the trimming for recall and maximize skill transfer. Make this for more than an eight hour day cram session; instead organize this to include and intro, middle, conclusion, evaluation, feedback session, follow-up, etc.
7) Include activities where new recruits are working collaborative with current workers to solve some problem and build relationship. This can be a great ice breaker and a way for new recruits to get to know others who might become suitable resources to help the new recruit acclimate.