This is the conclusion to last week’s “The Evolution of Higher Education In Some Parts Of The World”, in which Dzib-Goodin introduced her project to find out what the international state of higher education is. She took to Facebook and LinkedIn to determine the state of higher education from country to country and asked people what the positive and negative points of their respective national industries were. In this week’s conclusion, Dzib-Goodin reveals some problems she discovered and perspectives gained.

Shared views find common problems, from teachers or students, even found repeatedly in various articles that even talk about the North American education: lack of commitment by some teachers, apathy by the students, particularly notes a lack of development in reading skills, writing and to a lesser understanding of arithmetic, and in the case of Latin America, the complaint focuses on a lack of government commitment.

A common denominator: the existence of three types of universities: those with intensive research, what some call original centers; newer universities with a vision a little more modern scientific or artistic disciplines and currently are the new universities, planned by way of polytechnics have a wide variety of vocational.

Universities or online courses which of course, have their own dynamics, emerge more forcefully.

Another central issue is the certification of the skills acquired and of course there is an extensive work in the search for international certifications due to increasing student mobility at international level and the increase of studies online, which while they are a response to the educational need, also open discussions on its quality.

A worrying issue is the so-called brain drain, which costs the country that the forms and whose skills are developed in the countries that can offer better opportunities. Such is the case of Argentina, Brazil, Mexico, and the India. Many of the graduates and postgraduates find open a door in the United States, and some other countries, developing technology and science that eventually exported to other countries.

Lastly, noted the problem of school retention, dilemma while it has a social background, is also part of the education. The problem focuses in some populations than in others, for example, in the United States is more serious among the African Americans and Latinos, while in Latin America it becomes more among women.

It seems to me that sometimes looking at education as something without movement, which once established must be perfect and without movement. However, it is a reflection of a changing and dynamic society whose needs change under economic, cultural, and technological models, and therefore, it cannot be a finished model. It should flow in constant search of performances as well as science.

So if it seems a need, a revision of education at all levels, since the concept originated for thousands of years, has just been changed from specific problems, which may be weakening it in the light of social changes. While the question is “What to teach?”, there are voices that say he has to teach adaptation to social systems and another which is science and its beliefs.

And of course this can be a good moment for reflection if higher education should continue creating productive and creative employees or if the goal is solving social problems from their own paradigms.

Finally, various groups are working with the role of policy in education, which leads to a need that politicians understand the education of every country and sees it as a future investment and not a waste of money.

Thank you to all participants for their  comments made around this subject in the groups: Higher Education Teaching and Learning, Learning without Frontiers, Calidad Educativa and Haciendo preguntas, buscando respuestas. 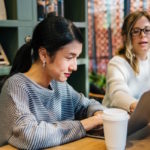 How American IEPs Can Adapt to the Shifting Marketplace 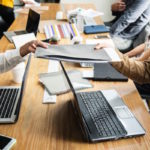 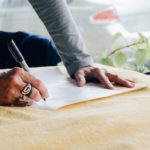 I find it particularly interesting that they’re tackling the “multi-institutional” problem in other countries as well. Trying to balance the offerings at public, for-profit and vocational institutes is difficult and strategic work that’s rarely perfect. I’d be fascinated to know what others find the proper balance to be!

It was a big surprise to me too!, we see our reality and we think that we must change and we must do this and that, but knowing the big picture take me to think that, as you said, there is not perfect system, so maybe it’s not about to try to make small changes, we need s omplete new system…
Thanks for taking the time to leave a meesage!, we appreciate it!!!:)

The OECD’ s PISA would have been another source. The UN has other reports that can illucidate the discrepancies and problems with higher educational systems around the world. As a Semi-retired UN Advisor of Education, I feel that the major problem is the need for professors and administrators to include compassion, empathy and sensitivity to the student. We must motivate each and every student to attain the highest level he/she can be. The International Academy of Education, under the auspices of UNESCO, has published a series of reports, one of which is entitled or encompasses ‘ Motivation ‘. This report says that the global arena of higher education needs to know how to motivate students. I do agree that your results about more funding should be used. However, education should be based on heart based practices, not money.