Students With Disabilities In Postsecondary Institutions And The Accessibility Dilemma

Accessibility to academics in higher education remains an ongoing struggle for students with disabilities (SWDs) as the number of SWDs enrolled in postsecondary institutions has grown by 65.08 percent (428,280 between the academic years 1996-1998* and approximately 707,000 in 2009-2010) (Lewis and Farris, 1999**; and Raue and Lewis, 2011***). With federal legislation dictating postsecondary institutions to provide SWDs accommodations in order to access learning, most postsecondary institutions have established and implemented support services to assist SWDs and faculty. Despite these implementations, little change has taken place in the classroom (Lewis and Farris, 1999; Raue and Lewis, 2011). The following highlights the changes and consistencies over time and the barriers to effective access to postsecondary classroom learning.

From 1996-1998, 98 percent of public postsecondary institutions reported enrolling SWDs, compared to approximately 55 percent of private institutions (Lewis and Farris, p 3, 1999). During this period, the majority of SWDs who self-identified their disability, in both public and private institutions combined, fall into the following five major categories: Specific Learning Disabilities (SLD) (60%); Orthopedic/mobile (56%); Hearing impairment (48%); Blind or visually impaired (46%); and Health impairment/problem (45%) (Lewis and Farris, 1999; and Raue and Lewis, 2011).

These demographics vary slightly from 1996 to 2010 with the rise in prevalence of Attention Deficit Disorder/ Attention Deficit Hyperactivity Disorder (ADD/ADHD) (Lewis and Farris, 1999; and Raue and Lewis, 2011). In the 2009-2010 academic year SLD (86%) remained the largest represented group among SWDs in postsecondary institutions with an increase of 26 percent (Lewis and Farris, 1999; and Raue and Lewis, 2011). Now significant in population and represented by its own distinct category, the number of SWDs with ADD/ADHD has replaced orthopedic/mobility impairments as the second largest group with 79 percent of postsecondary institutions reporting serving students with this disability type, (Raue and Lewis, 2011).

These changes are significant when considering the increase of postsecondary enrollment of SWDs and the rise of technology use in postsecondary education. It is also significant because of its growing demand on faculty to incorporate teaching strategies that address the changing needs of the student demographic. But here too lies a dilemma. From 1996-1998, slightly more than half of all institutions reported having “formal planning processes” to implement institution-wide plans to upgrade or install new technologies (Lewis and Farris, 1999). Half of these institutions stated they did so with SWDs in mind, while continuing to provide training and materials to faculty and staff on disability related issues (Lewis and Farris, 1999). Despite these plans, by the 2009-2010 academic year most of technologies and services that accommodate the learning of SWDs remain outside the classroom (alternative testing formats, adaptive equipment, speech and language devices, extended time on test, etc.) (Lewis and Farris, 1999; and Raue and Lewis, 2011). When institutions were asked why such inclusive classroom teaching methods, such as “Universal Design”, have not been introduced at the postsecondary level, most public institutions reported a lack of faculty incentives (62%) as the primary barrier, followed by the cost of purchasing technologies at 54 percent (Raue and Lewis, 2011).

Regardless of these barriers, postsecondary institutions and faculty need to recognize the benefits to providing for greater access to classroom learning through inclusion. By providing supports that range from text-to-speech applications (built into most word processing programs) that allow students with speech impairments to participate, to technologies for conducting multi-modal teaching strategies (like interactive computer programs or Kurzweil © applications for teaching and testing) faculty reduce the divisiveness among students, and in many cases removes the potential breach of student confidentiality. These methods have already proven successful for all learners at the primary and secondary levels.

In the end, these methods allow all students to enhance their scholarship. For faculty the benefit is greater. It not only reduces the challenges associated with academic attainment, it provides them the opportunity to more accurately assess the comprehension and field mastery of [all] students. This is a crucial element as postsecondary institutions turn out more graduates into the workforce, and rely heavily on their alumnae for financial sponsorship and representation in the face of cuts to government spending. It is suggested that by working with state rehabilitative services and private donors, postsecondary institutions seek out creative methods to provide academic access for SWDs within the classroom.

*Lewis and Farris (1999) ask postsecondary institutions to report information for the 1996-1997 academic year. However, if the institutions did not have the requested information for that year they could report the following year’s (1997-1998) in lieu of missing data. Each institution was represented only once. For the purpose of this article, all references to the data referred to in Lewis and Farris article will be written as 1996-1998. 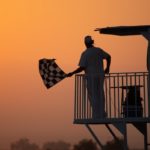 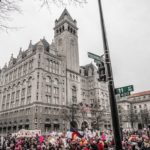 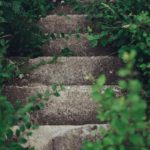 Do you think it would be worth it for specific institutions specially set up to serve SWDs should be established?

I also wanted you to know Chuck that Landmark College in Vermont is a private college specifically focused toward students with disabilities. It has the same curriculum as a traditional colleges and universities. Landmark also has a transitional program where it teaches students with specific learning disabilities learning strategies to thrive in traditional institutions. However, this college should be used as a prototype for other public and private postsecondary institutions on how to implement classroom strategies, not teach “separate but equal” (separate classrooms/colleges)philosophy of the 1950s-1970s. Relegating funds, thus students, to a few institutions will only reinforce the division of employability in the work force as employment sectors mimic the diversity higher education.

Furthermore, neuropsychology has proven that people learn best when more than one sense is engaged in learning. Today, most college students have iPods or some form of mp3 device. There are numerous ways to incorporate their use in classroom lessons, as there are digital powerpoints. Medical schools are now using interactive anatomy programs that walk students through human and animal dissections and surgeries. This has shown to improve students’ hands on comprehension of the subject matter before working on living subjects. These programs were not designed to cater to SWDs, but they nonetheless benefited along with all students through engaging multiple senses sight, sound, and touch. An atmosphere that fosters this type learning has a higher success rate, lower dropout rate and a strong more positive reputation.

Those are valid points Chuck, but the premise of my article was to encourage a truly integrated classroom. If a classroom is truly integrated there would be no distinction between accommodations for students with disabilities and those of students without disabilities. By using multi-sensory teaching methods you will reach everyone through direct and explicit teaching. By doing so you also do not marginalize those students with different learning and communication styles.

Thank you again Chuck for your insight. I value your input.

a few years back, I learned about the innovative work going on at Bloomsburg U. to improve accessibility to deaf and hard of hearing — it’s a marvelous example of disruptive leadership to blend modern technology with “brick and mortar” practices, including synchronous sign language intepretation. If we look at applying such innovation to improve “accessibility” beyond the five major SLDs, what about improving accessibility to other underserved areas, specifically the tens of millions of working (or unemployed, returning military, etc) adults who, for various reasons, missed the 18 – 23 y.o. cohort cycle? Given globalization and technology acceleration, it seems postsecondary credentials are increasingly critical to success. Thanks, Michelle, for a thoughtful and well-researched article!