Given the reduction in demand from their more traditional markets, colleges and universities are looking at what were once periphery markets with renewed interest. Along those lines, the corporate training marketplace is becoming increasingly important for today’s higher education institutions. According to a recent study by the Georgetown University Center on Education and the Workforce, employers spend $590 billion every year on formal and informal training for their employees. Higher education institutions, however, are falling behind when it comes to dominating this market. In this interview, Anthony Carnevale sheds some light on the findings of the report, College Is Just the Beginning, and shares his thoughts on the role colleges and universities can play in this space.

The EvoLLLution (Evo): Your recent study, College Is Just the Beginning, found that only 3 percent of employer formal training spending goes toward young adults. What does this mean for higher education institutions in terms of preparing students for the labor market?

Anthony Carnevale (AC): It’s important for people in higher education to understand that, from the point of view of an economic system, education is the front end of that system.

There’s a much larger system in the workplace itself that is focused somewhat differently on learning with economic value in the end, which distinguishes it from a lot of the non-economic value that higher education provides. People spend at least 4 to 7 years on formal education, but you learn on the job for the next 45 years and there are a lot more people working than there are in higher education. It’s not surprising that every year there’s more learning on the job than there is in the formal education system.

Employers increasingly see postsecondary education as the entry-level requirement for jobs. In many ways the degree is an indicator of a candidate’s ability to learn once they go to work and to work with modern technology. However, there’s an idea that floats around—that is absolutely wrong and counterproductive—which is that employers train on the job because the universities didn’t do their job. Very little of on-the-job training is in basic skills.

There’s a lifecycle here. Education is now the added expense and the added experience, more and more necessary to get into the workplace and do learning there. The more education you have, the more you end up in jobs where the opportunity to learn, both formally and informally, is higher. Employers don’t tend to train low-skill workers; they tend to train highly skilled workers.

Evo: The majority of spending on formal training goes to degree-holders who are prime-age (between 25-54). How does this play into the belief that formal training is aimed at helping employees stay current in their fields and preparing them for career advancement?

AC: It’s not surprising that that’s the way it works. You end up training your skilled workers and those tend to be the prime-age workers. You do a certain amount of training at the front end but remember your workforce. Let’s say in almost every industry now, the average worker is 45 years old. The weighting of the system, the sheer number of bodies is heavily weighted towards middle-aged people. That’s where the most skilled people are. They’re the people with the most experience and generally they’ve picked up the most learning on the job. Those are the people employers invest in.

AC: No. Higher ed and other providers tend to get involved when it goes formal. Informal learning is the fastest and most efficient. It’s only when you’ve reached the point where you really need formal learning that you think about contracting it out. In some cases, employers don’t even contract it out because it’s proprietary information.

One of the biggest pieces of growth in the American postsecondary system is industry-based certification, because employers want to control the learning and there are proprietaries interested in delivering the learning. Microsoft and Cisco, for example, want to train professionals who use their technology. If you’re using Microsoft and Cisco technology, your employer wants you to get the Microsoft certificate and the Cisco certificate because that ensures them that you’re qualified. Neither Microsoft nor Cisco wants higher education institutions to be doing that. It also makes the technology more attractive to the people who are using it. If you’ve got an installed base of technology, you want to train the people who are using it so they’ll buy more of your technology. These are all business decisions.

In most cases they’ll pass the learning back to higher ed. Their problem in that market is they’re not as agile as the others they compete with. Colleges and universities carry too much general ed in their programs, they’re not job-specific or employer-specific enough, they add in a lot of stuff their employer doesn’t want. The employer doesn’t control it. It’s easier for employers to bring a contractor in and it has been easy for the proprietaries to be more flexible and focused and beat higher ed in that game. That includes things like MOOCs now, which will ultimately be stuff that employers buy.

There is this terrain between employers and colleges that’s occupied by a lot of institutions. One of the things that is coming up is that there’s a very strong push for people in the proprietary market to get accredited. They want accreditation, they say, “We’re providing learning that produces earnings, we can measure it, why should the colleges award credit and we don’t?

In the next several years we’ll see a shift in accreditation such that there will be accreditation available to people who do much more customized technical and other kinds of training. There’s no reason why you can’t accredit industry-based certification for a Microsoft technician. It’s a very valuable piece of learning with powerful labor market impact.

Evo: When do universities have the edge on non-academic training providers when it comes to the formal education marketplace?

AC: They have the edge because they have the capital and installed base. The question is, are they flexible enough in the use of it. Many of them are. There are a lot of higher education institutions that do customized training. If you look at the two-year school there’s a huge amount that gets done down there, and a lot of it’s non-credit. In the state of North Carolina, the majority of community college courses are taken without credit. They’re virtually all attached to industry-based needs. Universities and colleges are getting more competitive in this arena because it’s revenue and because it confirms their need to produce people who are ready to do the job. Growth of certificates at the community college level is huge. Certificates are the largest college award; they’re bigger than BAs. You’re seeing them grow at the graduate level and the BA level precisely because of the demand for customization, quick response and bite-sized learning experiences. Colleges are well equipped to compete. The problem is their culture. For a lot of them, this is not what they want to do.

Evo: $91.6 billion is spent on training in the service industry. What kind of educational programming are these employers looking for?

AC: First, there’s a range of education aimed at improving leadership across corporations. There’s an executive development market to promote senior growth run at the corporate level. Then there’s management training for mid-level managers, which oftentimes is bought from outside providers and business schools. Then there’s supervisory training, which is management training for the sergeants in the workforce, the people who lead the skilled workers.

Then there’s another curriculum, which is skill training: teaching people how to use technology, for example.

Then there’s technical training, which is at the high-end of skill training. This tends to go to people who are engineers, scientists, mathematicians, technicians, computer people, those who build the technology. That’s usually the training that’s hardest for colleges to get because companies want to do it internally. Along those lines, the sales and marketing training, which is all the training about the products, moving the product, interpersonal skills training that has to do with the customer end also tends to be internal. In most cases this gets connected to technical training. If you’re somebody that’s selling machines or healthcare equipment, chances are you’re already going to be someone with a bachelor’s degree and probably a graduate degree.

Evo: Is there anything you’d like to add about the opportunity for higher education institutions to become even bigger players in the formal training marketplace?

AC: Higher ed’s principal role in economic terms is to create new knowledge and to create productive workers. The training industry for them in the end is really optional, although more and more it’s critical for them.

To read the full College Is Just the Beginning report by Georgetown University’s Center on Education and the Workforce, please click here. 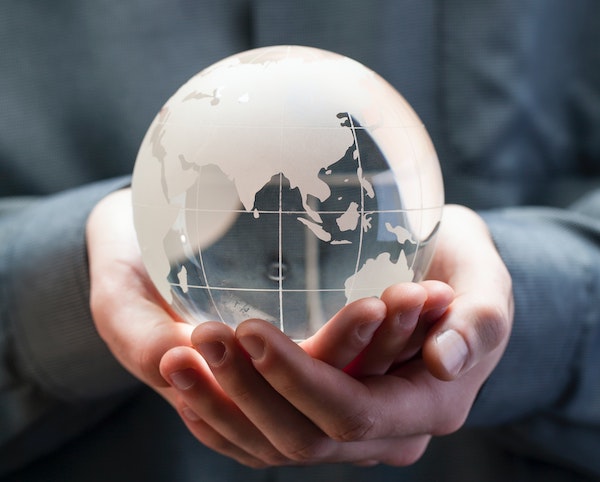 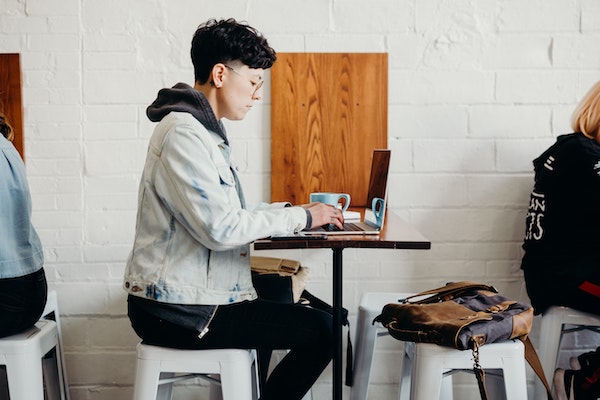 Delivering the Future: Providing a Digital Experience Your Students Expect