How iLearn, How iWork! - Learning from Fred Smith

Last week, as happens across the planet daily, I filled out a FedEx shipping label with my online FedEx account, took a contract agreement in a FedEx envelope and went to the drop station comfortably knowing it would reach its destination the next day. It cost me $57.00 for that comfort. Who would have ever thought that was both an acceptable price and that it would almost certainly arrive as requested back in 1970. I happen to have known someone, and perhaps at the time, the only one who did – Fredrick W. Smith.

Some Generation X’ers born in the late 70’s, Gen Y’ers, born after 1979 and Millennials have all grown up seeing, hearing and sometimes using FedEx with little or no thought of being without it or other overnight or express delivery services. You see FedEx drop boxes on or near campuses. In some business and history courses, the phenomenon of Federal Express is examined for its innovation, evolution, business acumen, culture and, on occasion, its original idea and the person who dared dream the impossible dream who to this day still leads its extraordinary growth – now over $35 billion in revenues.

Federal Express was founded in 1971 and incorporated in 1972. With a dozen or so planes and pilots and Memphis as the hub, Federal Express began to offer an overnight service from 25 cities in 1973 as an alternative to truck package or USPS services.

I met Fred in Memphis in the late 70’s as he was struggling to gain wider acceptance and find capital for expansion to keep growing. Leasing or buying used jets is not, after all, like buying a used car.

Fred was then and always has been a major contributor of his time, talent and financial support to the Memphis community. We were seated next to each other at the kickoff luncheon of the annual United Way Champaign. We introduced ourselves to each other and chatted about most things Memphis and, of course, his progress in leading the growth of his vision. He seemed somewhat frustrated at the time due to investors and skeptics not grasping his vision.

Fred knew I was there representing the Memphis Newspapers from the business side. He asked how I happen to arrive in Memphis, being from Iowa. As I already knew of his being a native of Marks, Mississippi, Yale graduate and Marine pilot in Viet Nam, the conversation moved on to helping Memphis to move ahead, where we found common ground and interest. However, like many at the time, I thought he had bit off more than he could bring to market, but I kept that to myself.

Over the eight years Lamar was Governor, there’s no telling how much support and in-kind services Federal Express provided, with Fred’s involvement and approval, despite his struggle to gain capital investors and stay afloat. Through all this, Fred remained steadfast in his support for his loyal employees and pilots, many of whom were my neighbors, which included one of the early pilots and father of what would one day become my son-in-law – a pilot himself now for Southwest Air.

Federal Express employee friends had a culture of drive and success focus in their very fabric. It was near cult level at one time, before they passed the $10 billion in profit mark in a history breaking time. I admired them and learned from them just what it was that generated such loyalty. It sorted out to be what Fred called, and now popular in business, People, Service, Profit, or P-S-P. It was amazing to learn how Fred had embedded P-S-P as a culture of learning to be better each week at the FedEx process. They had to because they were processing more and more packages every month.

As a marketing executive for the Memphis newspapers, I was often encouraged to be involved in the community. One of those activities was the growing importance of the Memphis in May Festival to Tennessee’s economic development efforts. It was during one of those planning events for Memphis in May in which Federal Express was always involved, preparing to host the next country, that Fred pulled me aside and asked me to consider coming to work for Federal Express. I was flattered and he wouldn’t remember it today. I hesitated for moment, not sure he was serious. He continued, “You have great marketing skills we could use to help us.” I responded, “Fred, I am flattered, but I don’t see the math in your growth plans and going international is a whole new capital issue.” He was taken aback by my response, but did not counter. He had already learned that if he had to sell you on Federal Express, you probably were not going to be a good fit. Yes, that’s correct; I turned down an offer from “the man” at FedEx. It is a decision I have always regretted, like that “C” Fred is rumored to have gotten from his college professor when he submitted his term paper on using the Federal Express concept. You are always reminded of it.

So what did I learn:

That’s HOW iLearn and HOW iWork! 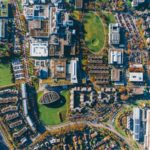 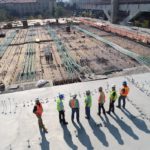 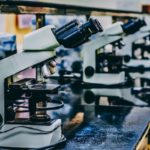 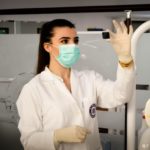