The following is a Q&A with speech and presentation coach Kayla Schwarz. In the interview we discuss some of the differences between coaching and formal, traditional learning and the potential of the online format.

How do you develop your curriculum, and do students and their particular companies or roles affect the lesson plans?

I have some standard concepts I believe in, which I basically teach everybody. In addition to that, when I’m dealing with a particular person from a company, I really try to get to know who they are, what their needs are, and what their interests are. I get to know more about them.

I’ll take my standard core beliefs about presentations and about communications, and adapt them to their needs and their interests. So if I have, let’s say, an attorney who is great in her briefs—she’s fantastic—but she has trouble communicating to the partner she reports to, what she has just written about so eloquently. So I need to take that into consideration, and think about who she is: learn more about her.

One in particular was a mother of two very young children, totally overwhelmed, one hundred percent distracted, yet such a hard worker. But it turned out she had ADD. But we didn’t know it. But I suspected it, and she suspected it. When she was tested, it turned out she did have it. So there were different ways we could work. She needed a lot of structure — I mean she really needed a lot of structure in addition to the basic principles. Now someone else might not need quite so much structure but might just need a general understanding of the principles. For her, once she had the structure, she was like a kid in a candy store. She just ate it up, and she said, “nobody ever taught us anything like this!” She said in law school people teach you all about briefs. They tell you exactly what to put in them, but they don’t tell you anything about what you need to know in oral presentations. So that’s an example of gearing the lesson plan toward the client.

Building on that then, what are some more advantages of an individually designed lesson plan?

Well let me put it this way: if you don’t provide an individually designed lesson plan, I don’t think you’re necessarily meeting the needs of your client.

Any information is helpful, but the question is: how rigorous do you want to be in meeting their needs? Just as when you give a presentation, you can give a generic presentation and it might be of interest to most people, but if you’re talking to a group of sales people versus a group of artists, you want to gear the presentation towards your audience for maximum effect.

How did the role of a coach differ from that of a teacher or trainer?

I consider my role as a coach to be more of almost a communications therapist than just a teacher. I do teach, I teach people about the basics of presentations: about the critical aspects of both the content of a presentation and of the delivery. But more than that, I develop a very close rapport with the person. We have a real connection. You could say it’s more intimate relationship than teacher/student.

Training, in my experience, is a more generalized process, where you might have a group of people and the training might be more preordained.

You think they’re one thing and the next thing you know…for example like that lawyer. I had some idea she thought she might have ADD, but I had no idea that she was as overwhelmed as she was personally, which can seriously affect one’s ability to organize one’s thoughts. So I had no idea about that until we met and then part of our agenda had to be rerouted.

There’s one training session in particular I can remember where I was told it was the “hardware department.” And I wasn’t able to have enough contact with them. I was asking for it but I couldn’t get enough contact with them to learn about what that department did. I thought it was some kind of computer hardware or something, but it was actually belt buckles and clasps for handbags: that kind of hardware.

So I didn’t know that these people were more like designers than technical people. I didn’t understand what their presentation needs were about, and it was only halfway through the session that I even learned exactly what types of presentations they gave. They showed “boards” of samples. So that was a kind of a bust in a way. I mean I really had to reroute very quickly. A lot of what I had taught them was not necessarily the most appropriate thing for them. It wasn’t inappropriate, it wasn’t bad for them to learn it, and it would certainly help them in creating their presentations of their boards, but we could have maximized the training if I had known more.

That’s very important too, knowing about, being able to research your clients whether in a training or coaching. I think it’s easier in a coaching situation to research your clients because you’re being hired specifically for them, so people are more willing to talk to you about them and more willing to let you speak with them directly before you begin. But in a training situation, they’re not always willing to let you talk to the clients as much.

Do you think you could be as effective a coach using the online format?

I can be in certain areas, but I think when it comes to the delivery of the presentation, it’s much more effective to be there in person. I can give more examples, I can model behaviour, really looking into someone’s eyes. You can emulate that using Skype, but it’s not 100%.

So when we’re dealing with content, yes just as effective. But being a coach, as I’ve said, depends very much on building that rapport, that personal rapport with someone, and it’s just harder to do when you’re not there in person. So you don’t catch the subtleties of facial expressions. I can tell when I’m meeting with someone live if they’re really focusing visually in a certain way or not, but when it’s via Skype, it’s a lot harder to tell. I don’t know exactly what they’re doing with the lower half of their body, I can’t focus so well on their posture, facial expressions are blurred, I can’t read their eye focus accurately.

Well I’d like to say something about the idea of ongoing coaching versus a one-time training. I think there are so many benefits to having ongoing coaching over time, even if it’s for a specific event that is approaching. A lot of the work I do is preparing people for specific events – high stakes communications, or high stakes presentations, for example, and the benefit of working over time is so extreme. You can start with the development of the ideas, you can help them…guide them in creating the presentation. You might realize at some point, even when you’re practicing delivery…that there’s something really amiss, that you need to change one of the major premises or eliminate a point because it just doesn’t work.

So many of these presentation trainings are, say, a one-day session, and that’s nice. But you don’t get to live it, you don’t get to internalize it, any of the coaching or training. So the coaching over time, very specifically geared toward your client, is so important, because you’re there experiencing it with your client as they’re learning. You’re not just putting out information and hoping it’s absorbed, you’re actually witnessing it being absorbed. You can really tell what they’re getting. And when they get it, it’s so gratifying. 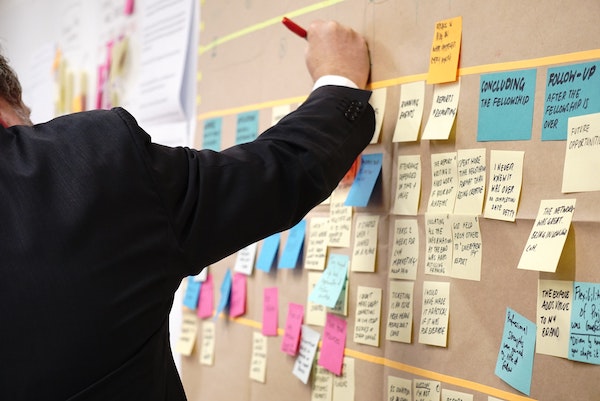 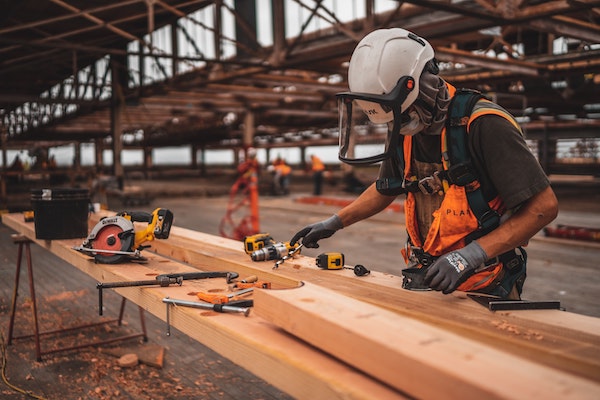 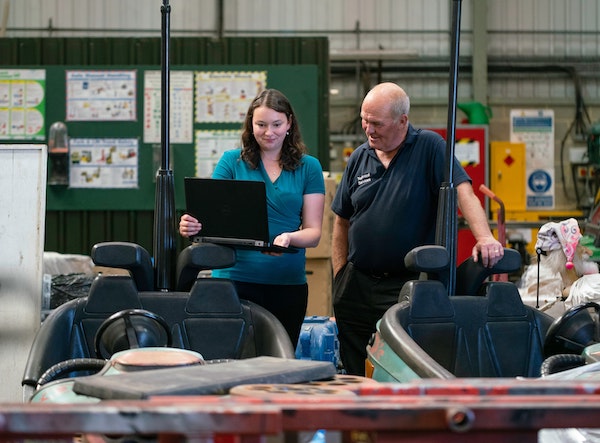 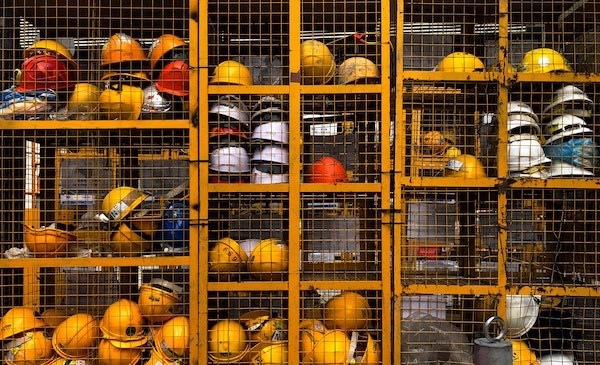 Defining a Model for Accessible Workforce Education: Calbright College and the Recession