Challenges to Change and Innovation in Higher Education

Higher education is a change-resistant enterprise. Academic culture, faculty governance and an unusual bureaucracy all work together to slow down evolution. In part, this has contributed to the enormous survival success of higher education institutions. Harvard and Yale Universities have been around for nearly 400 years, and most of the flagship state public universities, although much younger, are past their sesquicentennials and approaching two centuries of teaching and research. Private industry would envy one-fourth of this level of longevity.

There is comfort in doing things the way they have been done in the past. After all, we understand the past a lot better than we understand the future, and it’s all we have to go on as we move forward. The do-it-the-way-it-has-always-been-done process works well — well, that is, except when there are significant changes afoot; changes that don’t resemble the past and that pose challenges that require taking significant risks to address.

A handful of schools have chosen to develop competency-based programs as one step toward addressing large social and economic challenges that began about a decade ago and are in full swing now. These include rapidly rising costs of tuition, a growing need for more and repeated education for employment, global market competition challenging American supremacy and the changing structures of people’s lives. The particular challenge for higher education is how to provide relevant, affordable, and accessible programming to large numbers of learners who are increasingly over 25 years old and encumbered with all of the responsibilities that come with adult life.

Competency-based education holds promise. It provides the flexibility students need (as it is generally self-paced and online); focuses on assessing learning mastery needed to be a well-functioning, working American; and is affordable because it is scalable in ways that create efficiencies. Yet, with each benefit, there is risk, and when there is risk, there is opposition.

For faculty, competency-based education is especially threatening because it changes the structure of their work. Instead of being the ‘sage on the stage,’ as the trite saying goes, faculty become ‘guides on the side.’ They no longer need to spend time each day standing in front of groups of students, teaching to a common denominator and repeating the same material semester in and semester out. In competency-based programs, faculty focus on assessing student mastery and on providing individualized support and tutoring as students work to learn what they need to know. Although faculty remain central in competency-based programs, their roles change and, for many, that change can be unsettling.

Faculty skepticism and bureaucratic hurdles pose significant obstacles to adopting a competency-based approach in higher education. Both, however, pale in comparison to the cultural challenges competency-based education engenders.

Academic culture is sui generis. It has its own language, customs, values, traditions, etiquette, rules, regulations, policies and politics — and it has evolved over a very long period of time. That evolutionary history fuels inertia. Change comes hard to academe.

Still, proponents of competency-based education are asking academe to change, and the world outside of academe is demanding it. So change is coming — slowly, in dips and drabs — and sporadically in one program or at one institution at a time. Some schools, such as Southern New Hampshire University, have chosen to build new structures rather than to try to make the traditional parts of the institution change. Other schools, such as the University of Wisconsin, have decided to work inside their prevailing structures and to try to finesse change from within. Each approach has advantages and disadvantages, and both are challenged by the currency of the credit hour. The latter is beginning to change too. Staff at the Carnegie Foundation are rethinking whether the Carnegie Unit (credit hour) still makes sense as the standard measure of academic progress. The Department of Education is guardedly open to considering alternative ways to award Title VI funds and accreditors are carefully exploring how to address the competency phenomenon.

Change is coming to higher education, but it is a measured, sometimes contentious, and often uncomfortable, slog. Among the committed few, competency-based education is the hot thing right now. Whether it will replace the credit hour and become the new paradigm is yet to be seen. That it is a thorn in the side of academic culture, however, is quite clear. 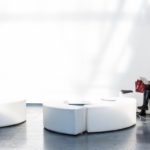 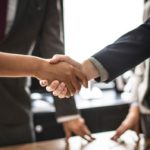 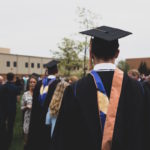 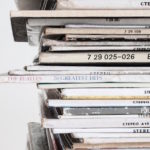 With the Growth in the Number of Short-Term Credential Programs, Why is Stackability and Employer Engagement Critical?

I think institutions will need to see the financial return schools like Wisconsin and Southern New Hampshire get from their competency based programs before they bite. ALso, I think understanding how the institutions succeed in terms of their performance-based metrics will be an important step.

Universities don’t move until they see an absolute chance for success. Gambles are just not done.

It’s disappointing that faculty have, by and large, been resistant to competency-based learning. I was an early adopter of online education. At the time, my colleagues were convinced it would never gain currency with students and also that it would threaten our jobs. Four years later, I still have a job. And each year we’ve seen increased enrollment, particularly from previously underrepresented and under-served student populations. I’m delighted with these results. I could see the same thing happening with competency-based learning, if only faculty would give it a chance.

Institutions are slow to adapt, certainly, but perhaps this helps to explain their longevity. Institutions tend to enter into decisions that are well thought out and, thus, have a better chance of success. To that end, I support the fact that they are taking the time to assess competency-based learning instead of immediately jumping on the bandwagon.

I enjoyed David’s essay. The experiments in competency-based degree programs may lead to many exciting developments in teaching and learning. David is in the vanguard here, and I for one will be watching how the Wisconsin “flex” programs, as well as related programs at Northern Arizona, Capella and other institutions, progress.

As additional reading, I would recommend a recently released report entitled, “An Avalanche is Coming: Higher Education and the Revolution Ahead”. Like David’s essay, the report notes that change is coming to higher education, and leaders must be thinking about what the contours of that change could look like, whether the change comes in dribs or drabs or in an avalanche.