Applied and Experiential Learning
Published on 2015/07/01

The New Breed of Competency-Based Education Degree Programs: A Trend or Fad? (Part 3)

This is the final installment of Robert Hill’s three-part series on competency-based education (CBE). In the second installment, Hill questioned whether CBE could satisfy the multiple roles of higher education. In this conclusion, he discusses the steps that must be taken to ensure students enrolling in these programs are supported to success and are not taken advantage of.

It is hard to believe that over 25 years have elapsed since the two best-selling 1987 works, The Closing of the American Mind by Allan Bloom and Cultural Literacy: What Every American Needs to Know by E. D. Hirsch. If they were concerned about the state of liberal education twenty-eight years ago, what would they think of today’s intellectual and moral climate? I surmise they would not be too optimistic, as Bloom thought, “higher education has failed democracy and impoverished the souls of today’s student.”

More recently, sociologists Richard Arum and Josipa Roksa used the Collegiate Learning Assessment (CLA) to evaluate student learning across campuses in their two important books,Academically Adrift (2011) and Aspiring Adults Adrift (2014). They found that gains in the CLA were correlated with courses in the liberal arts and sciences and that high CLA scores were correlated with better employment prospects. Most importantly, they found that campuses that valued learning and created an ethos oriented around high expectations for students produced better results.

Although in writing about MOOCs (the passage could also apply to the new CBE degree programs) in The Chronicle of Higher Education in 2013, Albert Sumell opined:

“No one knows for sure how popular MOOCs will become or exactly how they will alter higher education. However, given the current trajectory, it seems inevitable that, at some point, college students will have the option of taking a course with a person in a classroom or as a MOOC for an equivalent number of credits. The MOOC option will not offer the same experience, students may not find it as enjoyable, and they may not learn as much, but it will be available at a fraction of the cost of the in-person alternative. Many students will choose the MOOC, and no one should berate them for it. It is a very rational decision.”

I again get this. Higher education has now become “a market” in which individuals purchase a good for their personal benefit. Sorrowfully, though, only about half our college students graduate today. However, we must be reminded that all higher education institutions, whether public or private (non-profit or for-profit), from state colleges to research universities to community colleges and technical schools, serve a public purpose. Former US Secretary of Labor, Robert Reich, perhaps said it best: “A decent society wouldn’t push millions of students into debt. It would recognize that higher education isn’t mainly a personal investment, it’s a public good.”

On February 24, 2009, President Obama delivered his first address to a joint session of Congress just a little over a month after his inauguration. In that early speech, he put forth many new, bold ideas including the “urgent need to expand the promise of education in America.” He then went on to proclaim boldly “that is why we will provide the support necessary for [every student] to complete college and meet a new goal: by 2020, America will once again have the highest proportion of college graduates in the world.” Many cheered when he uttered that profound statement, but others justifiably thought let’s wait and see as the “devil is in the details.”

Ironically, 2020 will come 200 years after Thomas Jefferson founded the public University of Virginia in 1819, which he considered to be one of his greatest accomplishments. He redefined the role of higher education and saw mass public education as a way to cultivate the educated citizenry needed for economic development and democracy. In the evolution of higher education in the U.S., we then witnessed significant pieces of federal legislation in the creation of the land-grant colleges, the GI Bill, the Higher Education Act of 1965, Title IX, etc., all of which positively transformed our colleges.

Technology has also been a driver of change. Several years before the advent of MOOCs, some of the nation’s premier research universities started providing free access to undergraduate course materials, including free lectures to anyone over the Internet. Easy availability to open educational resources such as quality podcasts and videos, have certainly increased the average citizen’s access to educational materials. Moreover, formal online courses, which are neither time- nor place-bound, offer more freedom for students as well. Online courses are no longer a novelty as many states (including my home state of Florida) now have laws on the books that require not just public university students, but also all public high school students, to complete one online course in order to graduate. The higher education consulting firm, Noel–Levitz, reported that the influential factors in the decision for fully online learners to enroll included (in order): convenience, work schedule and flexible pacing of program (tied for second), program requirements, and reputation of the institution.

New York Times bestselling author Frank Bruni’s new book Where You Go Is Not Who You’ll Be: An Antidote to the College Admissions Mania resonates with many Americans who feel this central message needs to be heard by prospective students. Bruni’s premise is spot on. I have always subscribed to the adage that what one gets out of something, especially an education, is directly proportional to what one puts into it. Although American colleges and universities are still the envy of the rest of the world, our higher education system may very well be at the proverbial crossroads and in need of another Sputnik moment. Yet we need to be leery of those who promise “a silver bullet” to fix the state of our fractured higher education system.

Where were Congress and the DOE while the proprietary schools (mostly the non-regionally accredited chains, including the recently closed 100 campuses that were part of Corinthian Colleges), duped hundreds of thousands with worthless credentials? One way that we in the academy can serve the public good about which Reich spoke is by protecting and ensuring the quality of the educational experience. Future generations depend on this; we cannot continue churning out students who are “academically adrift.”

While many of the private colleges, including some of the larger for-profit institutions and their lobbyists, continue to experiment with alternative degree programs in hopes of increasing access (and their own bottom lines), they must do so without compromising quality and academic integrity. We must be certain that we are not creating a second-class status of fast academic degrees as we try to save students both time and money. I hope the DOE and the six regional accrediting agencies can consider implementing a moratorium on approving more of the new breed of CBE degree programs. We need to ensure due diligence in conducting a thoughtful analysis of all the current players’ programs and their graduates. Otherwise, this may not be just another educational fad, but the opening of the floodgates.

Bruni, F. (2015). Where you go is not who you’ll be: An antidote to the college admissions mania. New York, NY: Grand Central Publishing.

Obama, B. (2009, February 24). Address to joint session of congress.  Retrieved from https://www.whitehouse.gov/the_press_office/Remarks-of-President-Barack-Obama-Address-to-Joint-Session-of-Congress/ 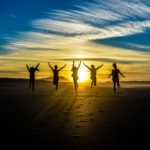 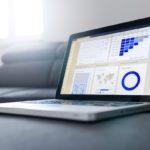 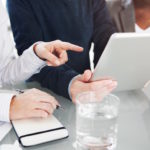 Best of Both Worlds: Establishing and Rolling Out Best Practices for a CBE Offering