The following interview is with Dave Jarrat, vice president of marketing at InsideTrack. InsideTrack was recently part of a major consortium of leading higher education groups, including the American Council for Education and the University Professional and Continuing Education Association, investigating completion rates of non-traditional students, a statistic often not counted in official postsecondary data. In this interview, Jarrat discusses some of the consortium’s findings and shares his thoughts on what this information means for college and university administrators.

1. InsideTrack was part of a significant higher ed collaboration researching completion rates among non-first-time students. Why was this an important study to be a part of?

If our country wants to improve higher education attainment rates, then our higher education institutions need to be able to benchmark their performance and not just benchmark it relative to their own past student completion rates, but relative to those of other institutions that are serving similar students. The problem is that the data that’s available publically through federally mandated reporting focuses on first-time students. There are more than 31 million adults in the U.S. with some college but no credential and roughly 1.5 million are returning to college each year. This is a critical and growing segment of the higher ed student population, and the organizations involved in this study felt it was high time they be counted.

2. The report unearthed some startling statistics related to completion rates. What did you think was the most surprising statistic?

We’re still analyzing the data. We’ve only released a small portion of our findings, but to date, one of the most surprising findings for me was how well returning students fare under mixed enrollment (returning students who mix part-time and full-time enrollment.) They end up completing at the same rate as those who attend full time. They’re also far less likely to drop out altogether. There’s plenty of prior research that shows that first-time students do much better when they attend full time. Our research indicates that this isn’t necessarily the case for returning students. This has some pretty major policy implications, especially for our nation’s community colleges, who enroll the most non-first-time students.

We’ve also found some interesting things relating to gender and the types of institutions that returning students choose that run counter to what we’re seeing with first-time students.

3. Along the same lines, what was the finding that surprised you the least?

It was definitely not surprising to see that completion rates for non-first-time students were lower than for their first-time counterparts. That’s been known for some time, although this is the first time that the magnitude of the difference has been quantified on a national scale and the first time it has being broken down by state and a variety of demographic variables, but that overall finding was definitely not a surprise.

4. Could the findings on completion rates speak to non-first-time students having different motivations behind their education? For example, could it speak to a greater focus on completing just-in-time courses or certificates rather than full degree programs?

We actually did include certificate completion in the study; we sliced credential attainment data by certificate, associate’s degree and then bachelor’s and above. We made sure to count the group that was seeking a credential other than a degree.

While it’s true that some returning students may not intend to complete a credential, I can’t say that that accounts for the roughly 40-percent difference that we see in completion rates between them and first-time students.

What we’re seeing in these results is the impact of a system that isn’t designed to support working adults, many of whom are also raising families or may have prior negative experiences with higher education.

5. What are a few changes higher education institutions need to make to help improve completion rate for non-first-time students?

There are a variety of actions that schools can take, but a good place to start is by recognizing three things:

It’s very important to have upfront conversations that are designed to normalize the experience and reassure them that they are entirely capable of succeeding if they set their mind to it and work hard. Conversations like that can make a world of difference.

For a summary of the study’s preliminary results, please click here. You can connect to Jarrat by Twitter @djarrat. 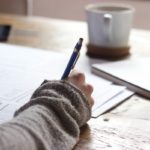 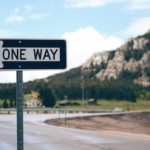 The Key to Guided Pathways: You Need to Get Started 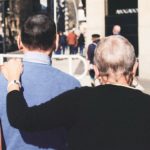 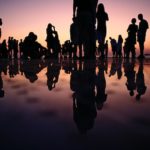 Will any of this data be available publicly? I think lots of people would be very interested to get a close look at the information and see how best to apply the information to their own particular institutions.

It does seem a bit surprising to me that the completion rate for non-first-time students is that much lower. I assumed that if students are making the decision to return to school in spite of jobs, families, etc., it’s only because they’re completely committed to finishing.